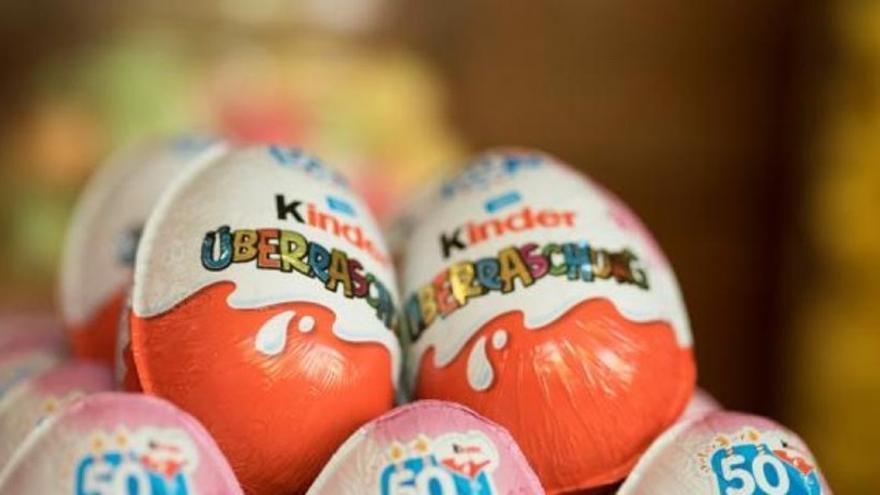 The European Center for Disease Prevention and Control (ECDC, for its acronym in English) has reported the detection in Spain of one confirmed case, and two probable cases, of salmonella linked to the mega-outbreak of 'Salmonella Typhimurium monophasic' related to products made in the Kinder chocolate factory, which the Ferrero company has in the city of Arlon (Belgium). The Ministry of Health specifies that it is an adult who was diagnosed in early April.

According to the latest report dated April 19, 187 cases (158 confirmed and 29 probable) have already been identified in eleven EU/EEA countries (Austria, Belgium, France, Denmark, Germany, Ireland, Luxembourg, the Netherlands, Norway, Spain and Sweden) and the United Kingdom. The first case had a sampling date of December 21, 2021 in the United Kingdom. Most are children under the age of 10, and many have been hospitalized.

The outbreak is characterized by an unusually high proportion of children admitted, some with severe clinical symptoms, including bloody diarrhoea. Based on patient interviews and initial analytical epidemiological studies, specific chocolate products have been identified as the likely route of infection. Affected cases have been identified using advanced molecular typing techniques. As this testing method is not routinely performed, some cases may not be detected.

Products have been recalled worldwide with the aim of preventing the consumption of products potentially contaminated with Salmonella. Public health and food safety authorities are conducting further investigations in countries where cases are reported, to identify the cause and extent of the contamination, and to ensure that contaminated products are not marketed.

On April 6, the Spanish Agency for Food Safety and Nutrition (AESAN) ordered the withdrawal of certain batches of Kinder products manufactured in Belgium (Brussels) after the alert from the European Commission Services through the European Food Alert Network (RASFF).

In December 2021, 'Salmonella Typhimurium' was detected in a whey tank at the Belgian establishment during manufacturer checks. The company implemented some hygiene measures and increased sampling and testing of products and the processing environment. After testing negative for 'Salmonella', he distributed the chocolate products throughout Europe and the world.

At the end of March 2022, after the sequencing data was available, scientists linked the human cases to Belgium using advanced molecular typing techniques. From April 2, national authorities began issuing public health warnings. The company carried out a voluntary product recall in several countries.

The ECDC and EFSA experts have concluded that “further research is needed at the Arlon production site, to identify the root cause, timing and possible factors of the contamination, including assessing the possibility wider use of the contaminated raw material in other processing plants”.