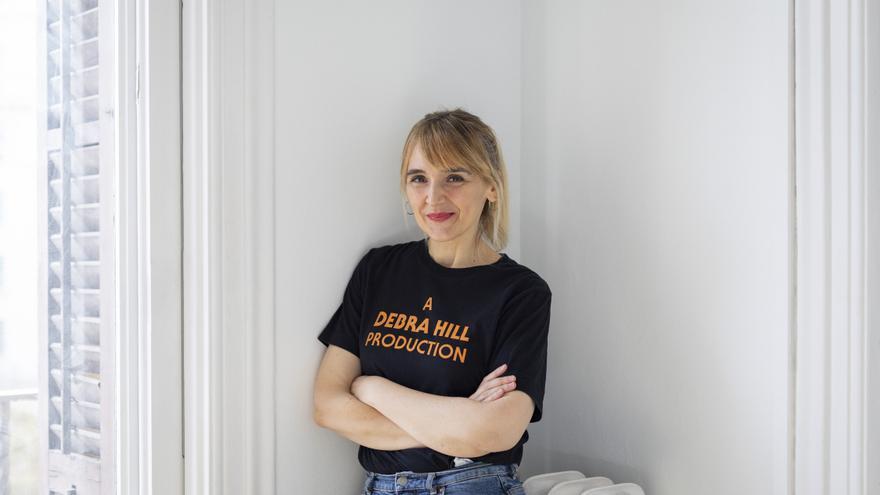 He started writing about movies at 19. He’s 42 now, but not a single day goes by that he doesn’t think about his fears. Some you have inherited and others are a consequence of being a woman born in the late seventies. She grew up between warnings of “do not come home alone at night” and refusals to go to class when she had her period because “if she had a low blood pressure”, but also between VHS of The prophecy (1976), The seed of the devil (1976) and Carrie (1976).

Specializing in fantasy and horror films, she has collaborated for years in Fotogramas, in La Finestra Indiscreta de Catalunya Ràdio and in the television program Página Dos. He is currently a columnist for El Periódico de Catalunya, a member of the International Fantastic Film Festival of Catalunya-Sitges team and hosts the Marea Nocturna podcast on Radio Primavera Sound, a reference program for any fan of terror in Spain. In addition, he teaches classes at the FXAnimation schools in Barcelona and La Casa del Cine. This Wednesday 25 at 6:30 p.m., without going any further, she will be one of the participants in the debate In the end, even in the midst of the collapse of civilization, we still need to think, debate and write about cinema organized by the FGijón International Film Summer Festival what can you see in elDiario.es.

Scream queen (Blackie Books, 2020) is her most personal work: a brave and intimate approach to horror cinema as a tool to decode fears that, to a greater or lesser extent, especially affect women. An exercise in honest, truthful and surprising film criticism and analysis.

After twenty years dedicated to film criticism, this is the first book that turns out to be truly personal. What was it like to approach film writing from this more intimate perspective?

You also put a lot on your side when you write a book about a film genre or a specific director, but the personal exposure is not that great. That is why I think the people who write to me or comment on networks about their fears and the movies that have appealed to them in some way are looking so incredible to me. That is why anything that involves a kind gesture towards the book excites me a lot: because it has not been an easy book to write.

Scream queen it meant rethinking fears that he had long forgotten or about which he had tried not to think again. Some were left in the past, a bit below the fears that I live with every day as a freelance professional, as a mother… It has also been a very hard year. Partly that’s why I made the book without telling anyone I was doing it. My husband Carlo knew it and my friend knew it Miqui Otero and evidently the folks at Blackie Books. But I decided not to tell anyone else because I thought that if I started to doubt what I wanted to write, I would never do it.

Although he also says that the cinema, present in his life from a very young age, has helped him understand them. Has the same thing happened to you with writing? Was it a liberating exercise?

Let’s see, many people tell me that the book has been therapeutic or that it has helped them overcome fears and the truth is that at least it has not helped me to overcome any. I have the same fears as before. It is not a self-help book, or at least it has not helped me for that. On the other hand, it has confirmed something that I had been thinking about for a long time. As a result of reading many women and watching many horror movies directed by women, I have identified and found myself very aware of some of those fears as a woman. There is nothing worse than being afraid and not knowing why or what. That paralyzes you. On the other hand, thanks to feeling accompanied by other women who are doing the same thing as me in the cinema, I am aware of the resources I have available to live with these fears on a day-to-day basis.

It has been more cathartic than anything else. I mean, I haven’t solved my fears. But it has been a way of becoming aware of how well he knew them more than he thought.

Scream queen can remember, at times, The time of my life by Hadley Freeman [También publicado por Blackie Books] for its ability to provide readings that often go unnoticed by film critics mainstream, which continues to be mostly exercised by men. Is this book also a way to legitimize these usually silenced views?

Throughout my career, film rehearsals have led me to situations that have generated many complexes. They have always told me not to use the first person, that a point of view had to be highly documented, although normally the documentation had been written by men … one day they told me: “with what it cost me to get others to accept that you were a good option for this book “.

Then I realized that the problem was not that a text was questioned. The problem is the sentence: mine was the only text written by a woman in that book and with that they gave me to understand that more was asked of me than my colleagues. I have published many texts and sometimes they have been bounced back or they have told me “look, it is not what we wanted”. And you, as an editor, have the perfect right to knock down a text or question it. But this was something else.

I have always dealt with the fear that if the cinema involved me on a personal level, if I approached the films in another way, I was not doing well. I was failing. She ran the risk of appearing superficial, of not being taken seriously as a film critic. But it’s been many years now: I started writing about cinema at the age of 19 and I’m 42. So over time I have shaken off some complexes.

In the book, he says that horror films have always had an audience of mostly male fans, and that is why he also analyzes horror films directed by women such as The invitation (2015) by the aforementioned Karyn Kusama, or Babadook (2014) by Jennifer Kent. Films that generated controversy for their views on fears, mainly female. Do you think films like these have faced a double judgment on the part of this eminently male critic?

I think it is not so much a matter of rejection or of judging films that address feminine issues more severely, as of an idiosyncrasy typical of horror cinema. All the films you mention have an important thematic focus. They address issues such as motherhood, the woman’s relationship with her own body, the mother-child relationship, or loss. It is a cinema made by women in which the theme is almost in the foreground.

And terror also has a harder line of analysis, focused less on the themes and more on the forms: on the tools that convey a more classic or purer terror if you will. And this line criticizes these films because perhaps in them terror is used more as a means than as an end in itself. I think that the thing is more there than by the fact that it is a cinema made by women or that they address the female universe.

I have analyzed these films from the space that their stories occupy today, but I am convinced that if someone were to do the exercise of analyzing them from questions of staging, the stylistic and the merely formal, they would also find findings. However, I feel that very interesting speeches to analyze in the audiovisual are being generated right now. And every time I find more readings of this type because as more directors appear, more women also appear writing about cinema. And that is very hopeful.

It also addresses a movie that means a lot to you: Possession (1981), by Andrzej Zulawski. He says that for years he identified with the virile vision of the character of Sam Neill, until he suddenly empathized with the character of Isabelle Adjani and then the film completely changed its meaning. Do you think movies are alive and change over time? Or are the movies always the same and we are the ones who change?

I am convinced that movies that have been important at some point in your life end up coming back. And then, depending on your personal situation, you can approach them in one way or another. In the book I raise this from the emotional point of view. Possession It helped me get out of a very screwed-up relationship, in which I had been humiliated and made me cry a million times. A relationship in which I felt trapped and in which I constantly lived through horrible situations.

However, there is also a variable that I wanted to put into the book, which is something I really believe: there are films that are alive. There are films that have an almost esoteric capacity to be absolutely different every time you see them, regardless of your life situation.

Possession is 81, but also check The seed of the devil (1976), The prophecy (1976), the first Carrie (1976) or Shadow threat (1973) to provide innovative and personal readings on them. All are run by men and are canonical of the genre. Can you bring new looks on canons as sacred as the best horror movies in history?

There was a moment when I thought “I’m still throwing on topics with the movies”, but then I thought “look, this is not a historiography of terror nor does it pretend to be”. When these more classic movies appear in the book, they do so in a totally organic way. Carrie when my period came down, The seed of the devil during my two pregnancies … some because they are closely linked to my memories, such as The prophecy, which got hooked on my mother’s VHS player and I thought I had to pay for the tape. I needed to talk about those fears and those movies were there.

However, I liked to see how, in a very natural way, the proposed canon begins with a very masculine nature and ends with a brutal feminine presence. Anyway, I also like to highlight the number of women who are mentioned, because many appear and also in an unconscious way.

My book talks about a woman in the middle of a very masculine environment in every way: my work environment, my cinematographic and journalistic references were also masculine. So I think that in this book, in which a woman is quoted almost on every page, he can propose something else to someone who is beginning to be interested in horror and fantasy films. And whoever reads it may not have to face the fears that I lived.

“Nomadland”, the true story of those expelled from the system in the US