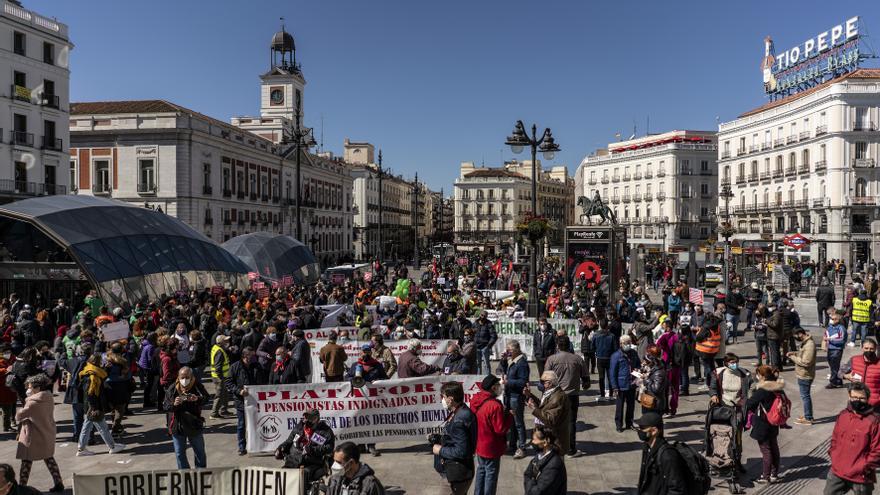 Hundreds of people have walked the streets of the center of the capital this Saturday to defend decent housing and the public pension system. These demonstrations for a law that guarantees housing, called in Madrid by the Housing Movement and pensioners’ platforms, have also taken place in other cities such as Barcelona, ​​Cádiz, Valencia or Bilbao.

The protest comes a few days after the Ministry of Transport presented your proposed housing law, which increases tax benefits to owners who lower the rent but without establishing mandatory price limits. The Union of Tenants and Tenants, one of the convening organizations, affirms that the Government will have two options: “position itself with speculators who do not respect the right to housing” or “position itself with more than 7 million tenants living asphyxiated for abusive rents “.