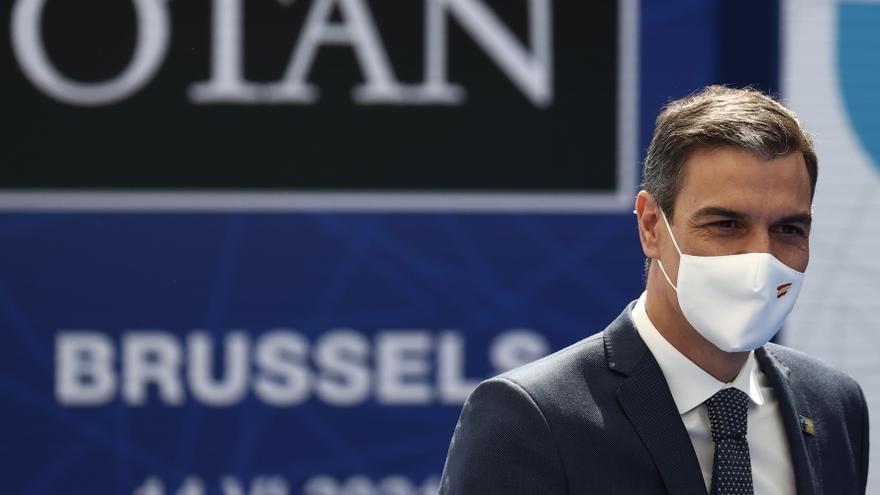 Pedro Sánchez has shown Susana Díaz the exit door after their defeat in the primaries this Sunday against Juan Espadas, who will be the socialist candidate for the Junta de Andalucía. The president and secretary general of the PSOE, whose favorite in that battle was the mayor of Seville, has affirmed that “democracy has aimed at renewal and unity and that is the path we must continue.” His words come after the former Andalusian president has assumed defeat, taking a step aside by announcing that she will not compete to continue leading the federation at the end of the year congress, but remaining at the helm until then.

Despite Ferraz has cooled the possibility of forcing his exit of the general secretariat of the PSOE-A, bicephaly is a situation that bothers Sánchez’s leadership. The Secretary of Organization, José Luis Ábalos, had already warned this morning that the results are clear and that “a new cycle” has opened, represented by the “leadership” of Espadas. The president has supported this statement by pointing out the “path” that the Socialists must follow after the primaries this Sunday.

Sánchez has appeared before journalists after the NATO summit that was held this Monday in Brussels accompanied by the secretary general of the international organization, Jens Stoltenberg, who has officially announced that Spain will host the next summit in 2022. Stoltenberg has explained that NATO has opted for the candidacy of Spain to commemorate the 40th anniversary of its entry into NATO, as well as the “role” it has played in missions such as Iraq or Afghanistan and has also referred to the “leadership of Sánchez” . “There is a potential in making more support with partners in the South, when the neighbors are stable, we are safer,” he said, after being asked about the tensions with Morocco or in the Sahel.

Taking advantage of that occasion, Moncloa had announced a meeting with the president of the United States, Joe Biden, who se has finally been reduced to a greeting of less than a minute after the family photo of the leaders. At the press conference, Sánchez referred to that meeting. “I don’t have a stopwatch, it has been a little more than those seconds,” he replied to the journalists, explaining that they had a “brief conversation” during a walk to the meeting room because the services had told him to do so. from the summit. In any case, the president has assured that those seconds have given much of themselves because they have spoken of “reinforcing” the “military ties” that Spain and the United States have, for which he intends to “update this bilateral defense agreement.” Sánchez has assured that they have also spoken about Latin America and that he has transferred his concern about the situation of the pandemic in the region. “I have congratulated him for the progressive agenda, especially in relation to the climate agreement,” the president added, explaining that they have agreed to “continue working and collaborating.”

“There is nothing more constitutional than coexistence”

The president has also spoken out on the words of Isabel Díaz Ayuso, who pointed out to the king by assuring that he would be an “accomplice” if he signs the pardons for the independence leaders, and the leader of the PP, Pablo Casado, has been forced to correct. “It seemed to me a strange statement in form and substance. As it happened to me, it will have happened to 99.9% of Spaniards,” replied Sánchez, who has once again defended the Grace.

“There is nothing more constitutional than building coexistence. Coexistence is based on the agreement and the agreement is based on negotiation, dialogue within democratic legality,” Sánchez asserted. The Government breathes relief after the demonstration of the three rights in the Plaza de Colón held this Sunday and which was attended by fewer people than in the first edition.