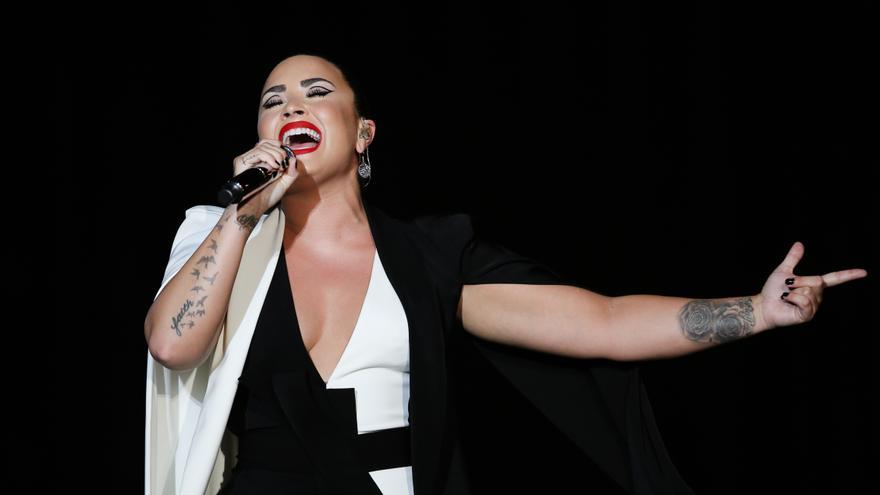 Los Angeles (USA), Feb 17 (EFE) .- Demi Lovato revealed this Wednesday that she suffered a heart attack and three strokes after the overdose for which she was hospitalized in 2018 and after which she almost lost her life.

“The doctors said she only had 5 or 10 more minutes to live,” said the singer in the trailer for the documentary “Dancing with the Devil”, which will premiere on March 23 in four installments through the YouTube platform.

The artist, of Mexican descent, returned to the stage at last year’s Grammys after a period of rehabilitation after falling into a fentanyl overdose in the summer of 2018, which still causes consequences on her health.

“I was left with brain damage and I am still dealing with the effects. I cannot drive vehicles because I have blind spots in my vision. For a long time I could not read,” explained the star in a call with the media to present the documentary.

“Everything had to happen so that I could learn the lessons I learned,” she added. “I am very proud of the person I am now.”

The documentary, to be shown at the South by Southwest (SXSW) film festival in Austin, Texas in March, explores Lovato’s addiction problems and eating disorders as a child star, as well as the weight of fame in its most erratic stage.

In addition to the singer’s testimony, other artists such as Christina Aguilera and Elton John participate in the film.

“Being young and famous, my God, is tough,” John says in the trailer.