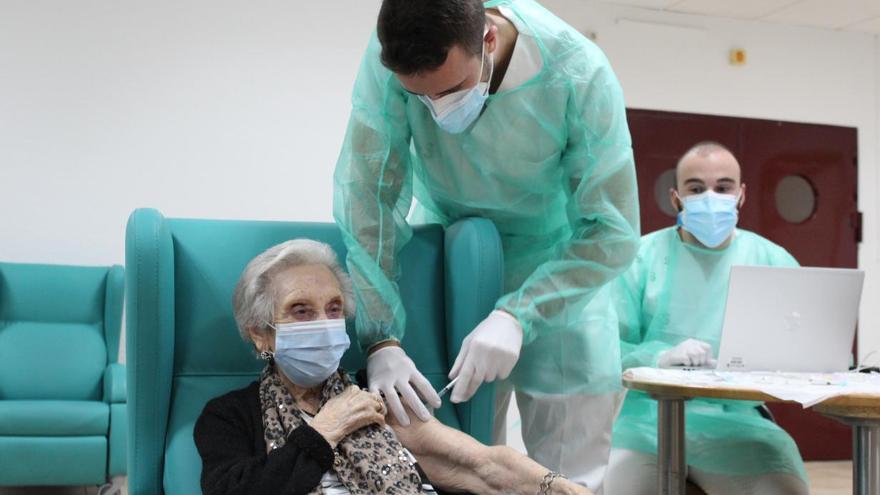 Vaccines have turned a pandemic around in which defeatism had spread as widespread as the SARS-CoV-2 coronavirus itself. The arrival of variants It rekindled old fears over concerns that these tools, which are saving so many lives, will stop working. For now, the data from countries like the United Kingdom and Israel are reassuring: the vaccines hold. A new study published today in the journal Nature shows that the delta variant is able to bypass some antibodies under laboratory conditions, but does not escape after two doses of Pfizer or AstraZeneca.

The authors took serum from 103 people who had been infected with SARS-CoV-2 up to twelve months earlier, as well as from 59 volunteers who had received one or two doses of the vaccine from Pfizer or AstraZeneca. Also several monoclonal antibodies obtained in the laboratory, used in some treatments like the Regeneron company cocktail. They then added the delta variant (B.1.617.2) and waited.

“We saw that the increased transmissibility of the delta variant is associated with a partial resistance to neutralization by antibodies,” the researcher at the Pasteur Institute and co-author of the study, Oliver Schwartz, summarizes to SINC.

Some of the monoclonal antibodies, such as bamlanivimab, were unable to bind to the spike of this variant. This suggests, according to the researchers, that delta is capable of escaping antibodies that target certain parts of the spicule. Others, like the casirivimab and imdevimab that are part of the Regeneron cocktail, “remained active”, probably because they are attached to another site.

The results also showed that the antibodies of patients who had been infected with the coronavirus in the past were four times less potent at binding to the delta variant. In the case of those vaccinated with a dose of Pfizer or AstraZeneca, the serum “barely inhibited” the delta and beta variant: only 10% of the samples were able to neutralize the virus.

The good news: the study showed that vaccines protect against delta, but only after the second dose

The good news is that the study did show that vaccines protect against delta, but only after the second dose: “A single dose does not activate sufficient amounts of neutralizing antibodies,” explains Schwartz. However, what is important is that the two vaccines that the researchers analyzed “resist” this variant. In this case, 95% of the individuals generated a neutralizing response, although the antibody levels were three to five times less potent compared to alpha.

Schwartz clarifies that the work focused on the effect of the variant on antibodies. If we have learned something thanks to the effectiveness data in real conditions, it is that our immune system goes much further: “Other parts of the immune response, including the cellular one, also play an important role.”

“It is a scientifically good work in its context that results in the importance of receiving the two doses of the vaccine”, comments the researcher from the University of Valencia Rafael Toledo, who has not participated in the study. Even so, “they have few vaccinated volunteers and they acknowledge it in the article.”

The researchers also found that vaccinating people who had previously been infected with SARS-CoV-2 was enough to improve their immunity to the point of neutralizing the delta variant. According to Toledo, this supports the importance of people who have been infected in the past getting vaccinated in the same way.

“If the monoclonal antibodies are directed to the mutated epitope it is logical [que escape]”says Toledo. In addition,” vaccines have components that go far beyond antibodies, “he assures in reference to other arms of the immune system such as the cellular response, which these types of studies do not analyze. The British data obtained under conditions real, for example, show that there are only “modest differences“on the efficacy of Pfizer and AstraZeneca vaccines against delta.

SARS-CoV-2 will not stop producing variants, but our immune system will not give up

SARS-CoV-2 will not stop producing variants, but our immune system will not give up. “If there are mutations, the memory cells react very quickly to generate new antibodies against the emerging epitope,” Toledo clarifies. In the case of people who have overcome the infection, the vaccine “reinforces” this evolution-proof response.

Studies like Schwartz’s cannot, nor do they intend, to delve into the immune response in all its depth and nuances. That is why Toledo reminds us that we must be cautious when taking laboratory experiments “to the street” because “losing neutralization [en muestras] It is not the same as not eliminating the virus in real life. ”