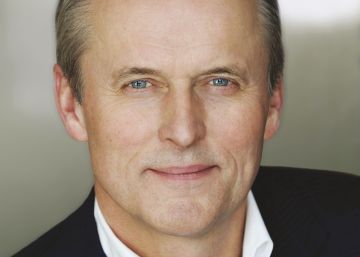 The writer John Grisham knows the formula of a best seller since he launched his first novel, Time to kill, in 1989. Since then, 30 years have passed and new titles have sold more than 300 million copies. His novels mix crimes, police and courts, helped by his experience as a lawyer. All are fiction stories, except one, The Williamson project, the story of how a man is saved five days before executing his sentence to death. The book is the second installment of the collection of THE COUNTRY Real crimes, a series of titles that compile some of the most popular and shocking cases related to crimes. It is available in kiosks as well as in the Collections website for 5.95 euros.

A murder in a small town in Oklahoma in the eighties leads to the prison of Ronald Keith Williamson, baseball player, and a friend of this. The first is sentenced to death after being found guilty of torturing, raping and killing a young woman. He will spend 12 years in prison until their lawyers get to prove their innocence thanks to a DNA test that also removes all the investigation of the crime and the accusation made by the lawyers.

Grisham became interested in this story in 2004, when he read a newspaper article The New York Times that collected the death of Williamson for liver cirrhosis and mentioned his passage through prison and miraculous exoneration in extremis. The writer then began an investigation and writing of the book that took him 18 months in which he would know who the man was and the errors that led him to such an unjust sentence.

Knowing the bulk of this popular story, with final resolution included, does not detract from the narrative, in which the writer expresses his feeling of disbelief and indignation at what happened, as any reader will experience when discovering the details of the case. "Not even in my most creative moment could I have invented a story so rich in nuances and with so many strata," he says in the Author's notes that accompany the story. The novel not only tells the story of Williamson and his friend, also innocent, but it is an allegation against the death penalty and raises a debate about the US prison system, so often called cruel, unfair or racist in cases such as the one that is collected here.

The organization Innocence Project, dedicated to exonerate unjustly incarcerated people, is also made known, especially DNA tests, since in many cases the lack of technology at the time when the crimes were committed inhibited examinations of this type. The United States executed 25 people in 2018. Two prisoners were declared innocent the same year after spending several decades in prison. "Unjust sentences occur every month in all States of the country and the reasons are varied, but always the same: bad police performance, unreliable scientific results, defective identifications of witnesses, bad defense lawyers, lazy or arrogant prosecutors, "Grisham says in the book.