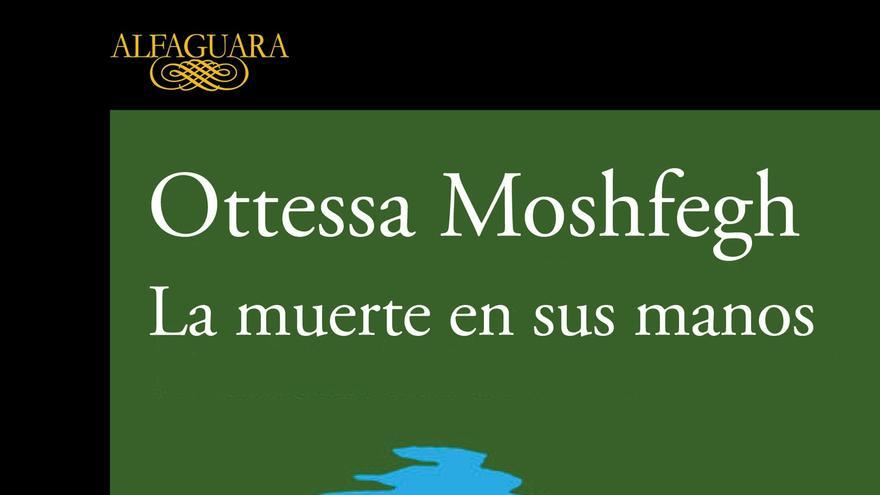 Madrid, Apr 15 (EFE) .- “Her name was Magda. No one will ever know who killed her. It was not me. This is her corpse”, with this sinister note begins “Death in her hands”, the latest novel by Ottessa Moshfegh , in which the imagination and loneliness of its protagonist give shape to an “addictive, mysterious and surprising” work.

The novel, published today by the Alfaguara publishing house, tells the story of Vesta Gul, a woman who has just become a widow and who, upon finding this mysterious note while walking her dog through a forest, begins to obsess over the figure of Magda and to wonder with the various ways in which they could assassinate her, if indeed such a thing happened.

“It is an unconventional mystery novel because we are talking about a mystery of a supposed murder that unfolds in the mind of an elderly woman who is approaching her own dissolution and who finds in Magda an escape route to completely free herself”, Moshfegh has revealed in a virtual press conference that has served to publicize what is his third novel.

After his great past successes with “My name was Eileen” (2015) and, above all, “My year of rest and relaxation” (2018), Moshfegh returns to recreate a ghostly, dark universe, full of tension and mystery, of loneliness and isolation, which is where “we really are”, the author has pointed out.

“I do not want to always live with characters who live in isolation, but I like it because that way they serve as storytellers and give me that freedom to be able to discover the world that surrounds them as I also get to know their own personality”, he added.

For Moshfegh, Vesta has been a “tremendously interesting” character to discover, so much so that he has come to consider her as a “co-author” of her own work, which she has written without any prior planning and which has been developed “alone”, as it progressed and without knowing, a priori, the end of it.

“Every day I set my goal to write a thousand words. Nothing more. And every day I was discovering something new about Vesta, which was the one that has been guiding me to shape her story; it was marking me where to go and making me wonder even myself to move forward, as if I had a mirror behind the computer screen, “she confessed.

And it is that the power of the imagination has no limits, so much so that, thanks to it, he has created a work “without limits” in terms of political correctness and in which he also plays with a macabre humor that gives it a very personal touch.

Also due to the “codependency” relationship that he “inevitably” establishes between Vesta and the protagonist of his previous novel, “My year of rest and relaxation”, of which he has also revealed that he is already working on his adaptation to the cinema and in which she herself will be the scriptwriter.

“They are two women who need each other without knowing it and who have a bond in common which is denial. I love to think about the relationship between them, their friendship, their complicity. Neither of them are very thorough, neither has friends and both are looking for a way out to escape the burden of being themselves, of their past … “, he acknowledged.

A work that will also be translated into Catalan and published in that language within a month and that will plunge the reader into a very intense experience until it reaches an unpredictable and surprising ending: “A kind of ecstasy that will also empower Vesta”, it is finished.