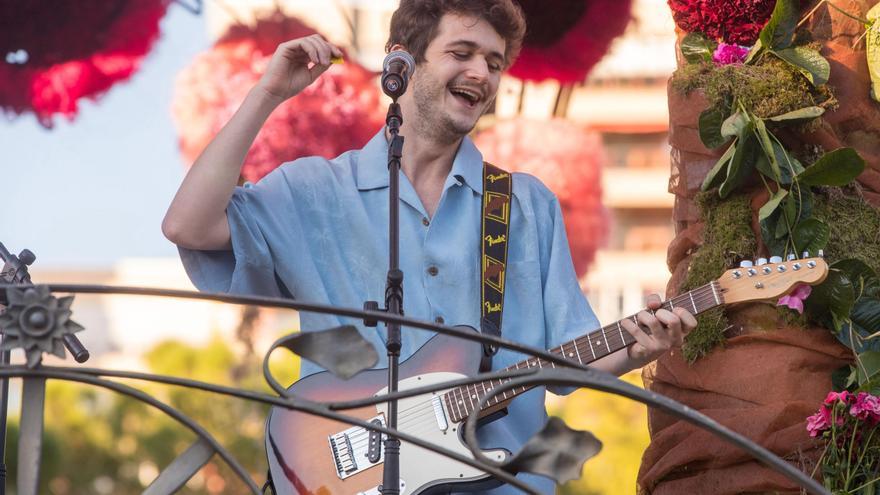 Zaragoza, Jun 22 (EFE) .- Manuel de la Cueva, the leader of the Delacueva music group arrested this Sunday in Madrid moments before his debut in the capital of Spain accused of fraud, affirms that this episode "has been a nightmare" provoked, as he relates, because his identity was supplanted to commit this alleged crime.

In an interview for Efe, the vocalist of this young band from Zaragoza regrets that because of this situation he had to cancel his concert at noon at the Madrid Press Palace and was unable to attend the awards gala in the afternoon. Música Aragonesa to collect the award for the best group, since he spent the night in the dungeons and was not released until Monday morning.

“I was in the Leganitos jail all day and in the late afternoon they took me in a van handcuffed with other detainees. I thought they were taking me to court, but no, they took me to the Moratalaz jail, to spend the night in a cell with three other uncles sleeping on a mat on the floor. It was all very surreal ”, says De la Cueva about the experience.

It was in the morning, before the sound check, when two police officers appeared in the apartment where the group was staying. There they announced to the singer that they were taking him into custody because they had an arrest warrant in his name.

“I left and at the police station they saw why the arrest warrant was, for having disobeyed the judge's summons, because I was denounced for an alleged crime of fraud. That summons has not reached me at any time, of course. If not, I would have gone to testify ”, emphasizes De la Cueva.

Regarding this case, he claims to have been the victim of identity theft, so they used his name and ID to commit an alleged scam in Valladolid, and he does not understand how the court summons could not reach him.

On Monday he was able to testify in court, at which time it was verified that only his ID and his name were correct in the case data: "The email was not mine, the phone number was also false, the bank account was not mine… it is a case of identity theft ”, he reiterates to EFE.

"I have testified before a judge in Madrid and now he has to go to Valladolid, which is where everything comes from," he explains, while being "extremely calm" in the face of this situation.

"The night and the day I have spent quietly because I knew that it was not with me, but hey, the bad drink I have taken the same", laments the vocalist of this young band. A group that had a peak in popularity recently after it was recommended in an interview by the coordinator of the Health Alerts and Emergencies Coordination Center of the Ministry of Health, Fernando Simón, who is also the guitarist's uncle, Pedro Simón.

“Obviously, the presentation of the album in Madrid was canceled, which made us very excited. Also, we had cool guests, that I really wanted to have them come. And the awards ceremony, well the same. In the end, this accumulation of unfortunate coincidences has prevented me from picking up the award for the best group, which is not something that happens to you every day ”, he laments about the experience.

Regarding this bad drink, De la Cueva considers the worst moment that he lived in the dungeons, when he remembered his parents: “I was fine, but of course, without being able to talk to them, thinking that my parents would be spending a night thinking about how I am, where I am, who I am with… that was the hardest moment ”, he emphasizes.

The group has not yet been able to specify new dates for its presentation concert in Madrid, but the singer is convinced that they will: "Obviously in Madrid we will see what date, but we are going to return," he asserts.

For now, Delacueva is waiting for them this Thursday on the stage of the Palacio de Congresos de Huesca. "Let's see if nothing happens, if there is no setback and we can play," jokes the vocalist after his episode in the capital of the country.