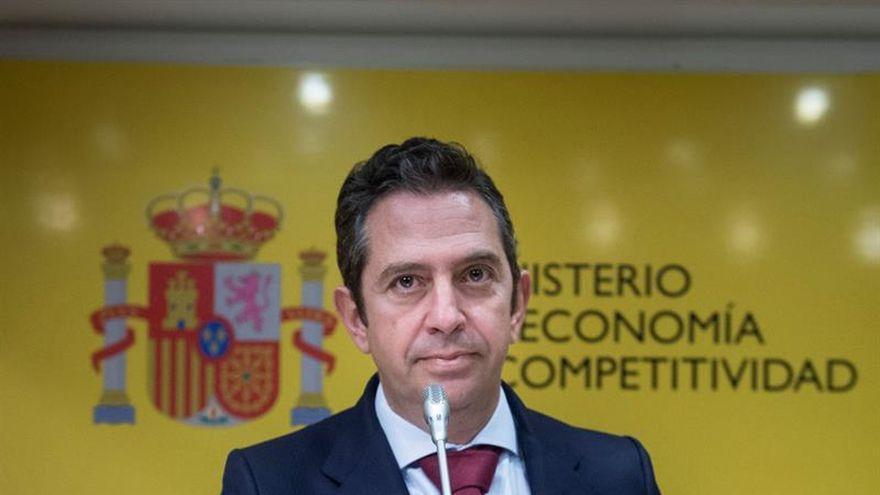 Bankia and CaixaBank are doing studies, reports and figures before finally approving by their respective boards the merger operation that would conclude with the creation of the largest Spanish financial institution. For this, the group rescued in 2012 has as advisers EY and the Rothschild bank, according to different media and has confirmed elDiario.es in financial sources.

In this way, Bankia decides to bet on a former partner in other operations, Rothschild, to study the conditions for the new merger. In 2017, BFA, the company that owns 60% of the group, It has already used this investment bank to get rid of 7% of the entity, in what has been its last divestment to date. Earlier that year, the bank had already turned to Rothschild for advice in the merger with the Levantine entity BMN. This is stated in the official records of each transaction in the National Securities Market Commission (CNMV).

At that time, Íñigo Fernández de Mesa, former Secretary of State for the Economy in the Government of Mariano Rajoy and, therefore, Luis de Guindos’ right-hand man, had already landed for Rotschild, an entity specialized in advising on mergers and acquisitions. From the time he left his post at the Ministry until he joined the financial institution, barely a month passed. As explained then, it obtained the approval of the Office of Conflicts of Interest since he was hired by the British subsidiary as a ‘senior advisor’ dedicated to tasks not linked to his decisions in the Ministry. A year later, at the end of 2017, he was already appointed chairman of the Spanish subsidiary, which will now advise the process of merging Bankia with CaixaBank. Among the positions currently held by Fernández de Mesa is also that of vice president of the CEOE.

Vice President of the FROB

Fernández de Mesa knows the Bankia case and its history well, since it is not the first time that the paths of this banker and the entity have crossed. When Bankia collapsed in 2012, Fernández de Mesa was the vice president of the FROB, the body that managed the financial rescue and the injection into the entities in danger after the 2008 crisis and which became the group’s largest shareholder, with more than 60 % of the bank’s shareholders, which at that time was chaired by Rodrigo Rato, who was replaced with the approval of the FROB by José Ignacio Goirigolzarri. Fernández de Mesa had acceded to the position in the FROB as Secretary General of the Treasury and Financial Policy.

According to the document creating the position of said General Secretariat, whose first person in charge was the own Fernández de Mesa, the current banker had among his responsibilities “the direction, development and organization of the financial policy and the elaboration and processing of the dispositions relative to the financial and credit entities”. In other words, he was responsible for banking regulations in Luis de Guindos’ team and, for this position, he acceded to the direction of the FROB, then chaired by Fernando Restoy, in addition to the boards of the Bank of Spain and the CNMV.

As he was vice president of the FROB, the State undertook the first of its only two divestments in Bankia. It was in 2014, when 7.5% fell for just over 1,300 million euros. In an awards ceremony precisely to Goirigolzarri, president of the entity, as financier of the year, Fernández de Mesa was in charge of presenting him with the award and claimed that sale of shares as the first step to recover the financial rescue aid. Since then, only in 2017 there was another similar operation.

De Guindos and Fernández de Mesa are old acquaintances and the arrival at the Ministry of Economy of the current Vice President of the ECB was not their first coincidence in their professional careers. Both had already agreed on Lehmann Brothers just before the outbreak of the 2008 financial crisis: one as its president for Spain and Portugal and the other, like head of public sector financing and infrastructure. Later, both separated their paths, which they rejoined in 2012. Fernández de Mesa entered the Government as Secretary General of the Treasury, but between 2014 and 2016 he served as Secretary of State for the Economy, before returning to the financial sector under Rothschild.

Both lived, very closely, the Bankia rescue process, which ended up being settled with an injection of more than 24,000 million euros, of which today only 3,000 million have been recovered. The collapse of the entity caused the departure of Rato, today pending the sentence on his responsibility for the collapse of the entity, in favor of his replacement, José Ignacio Goirigolzarri, who is still the entity’s chief executive today.

Days after that May 9, 2012, in which Rato fell, the Bankia board of directors was completely changed by new managers. Rato transferred his position in the entity to Goirigolzarri the morning after two meetings held between Guindos himself, the then president of Bankia; the president of Santander, Emilio Botín; that of BBVA, Francisco González; and that of CaixaBank, Isidre Fainé. In two meetings, held on Friday and Sunday before Rato’s resignation, the situation of the bank and the reorganization plan that was on the table were discussed. Although, those present have disagreed in court, during the trial for Bankia’s IPO where they testified as witnesses, whether or not it was agreed to replace Rato at the head of the bank.

Paths that meet again in Bankia

Eight years after Guindos and his team, which included Fernández de Mesa, faced the largest financial rescue in Spain, the paths of both meet again in parallel to Bankia. Although from positions very different from those of then. The former Minister of the Economy in full rescue, Luis de Guindos, is today the vice president of the European Central Bank, while the one who became his right hand in the Ministry, Íñigo Fernández de Mesa, presides over the entity that advises Bankia in this transaction with CaixaBank. Both have changed jackets but continue to have a presence in the future of Bankia. Both Rothschild and the Madrid entity have preferred not to comment on questions from elDiario.es.

Although the operation is an absorption of Bankia by the entity of Catalan origin through an exchange of shares, Goirigolzarri has managed to maintain his position as president of the merged entity, according to sources familiar with the operation.

In the sector, De Guindos is pointed out as responsible for pressuring and urging Spanish and European banks to undertake mergers from his position at the ECB and just a few days ago, on a visit to Spain, he insisted that banks had to address mergers “quickly and urgently” to deal with the coronavirus crisis. This is how The Economist magazine pointed out the agency as the “driver” of these operations by changing its accounting requirements for banks that carry out these types of agreements.

On repeated occasions and public statements, De Guindos has shown the need for banks to come together to seek profitability, although in his most recent public appearance he has avoided evaluating the path of Bankia and CaixaBank that many see as the first piece of a process of mergers on the continent. “Consolidation is one of the recommendations (…) but we have not discussed the case of CaixaBank and Bankia,” he limited himself to pointing out at the ECB’s press conference last week.

Fernández de Mesa has also spoken from his position at the financial giant Rothschild in favor of bank mergers. At the beginning of the year defended that there was margin in Spain for new operations of mergers between entities to seek greater profitability in their business despite the fact that “the situation of Spanish banks has improved a lot”. At the same time, he criticized the “over-regulation” that the financial sector has as a drag on its growth.