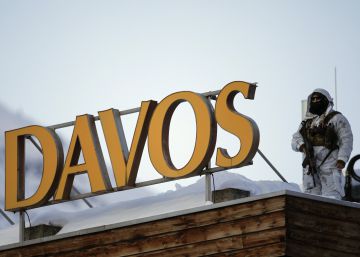 If one day can make a big difference, two years can serve to pass record levels of optimism to an unknown pessimism in the records. The annual PwC survey of executives Global notes that 53% of managers surveyed foresees a slowdown in growth over the next 12 months, 25 points more than last year and 48 more than the previous year.

This is the highest level since 2012, which was when this question began to be asked and its importance is not less, since the 23 years of life of the survey reveal that it is a reliable leading indicator of the direction that the world GDP takes. “If we analyze the correlation between the confidence of executives in the progress of their income since 2008 and the real increase in GDP, we estimate that by 2020 global growth could fall to 2.4%,” underlines the report. The International Monetary Fund (IMF) foresees, despite moderating its estimates, that the global economy will take flight this 2020 and will grow 3.3%

The report, presented as every year by the president of the consultant, Bob Moritz, within the framework of the World Economic Forum (WEF), shows that Spanish executives are no stranger to this collective feeling and 78% expects a deterioration of the global economy in this year. Nevertheless, 71% believe that the slowdown will be moderate and rule out that the economy will enter into recession.

Uncertainty about growth is, in fact, the greatest threat managers see on the progress of their companies, followed by regulatory changes, the evolution of the Internet and technological challenges and commercial conflicts. “The pace of the current changes does not allow anyone to predict what will happen in five years. The uncertainty we are seeing is unprecedented in the last 40 years. And that is being noticed with lower global growth,” he explains. Spencer Fung, CEO of Li & Fung, in Hong Kong, according to the report.

Special concern is raised among the first swords of large companies everything related to the future of the Internet, both related to cyber attacks and cybersecurity, how they will be affected by legislative changes and the growing fragmentation of the Network. Seven out of 10 executives predict that reforms will be introduced to regulate the contents and to divide the tech giants

Apart from the diagnosis of executives on the economy and the progress of their companies, the PwC report reflects the reality of the spirit in relation to climate change davosiano, the one of the men and women who every year travel to the exclusive ski resort to analyze the most pressing problems in the world, as the motto of the organization says. “The wind has changed in terms of climate change. Organizations around the world are beginning to recognize their risks and even their potential opportunities. Compared to 10 years, executives are more likely to see the benefits of being green“, the consultant points out in his analysis.

In fact, the Economic Forum itself in its annual risk report points out that, for the first time, issues related to climate change are the main threats in this 2020 for the leaders that make up the Davos community (businessmen, academics and NGOs, among others). According to that survey, both short and long term, extreme weather events, natural disasters, loss of biodiversity and failure to fight climate change appear as the greatest risks according to Davos leaders. It is not surprising that an activist like the young Greta Thunberg is one of the leading figures of this event, which she already attended last year.

But at the moment of truth, when those same managers have to assess what the threats to their business are, the urgencies are diluted. Climate change is ranked number 11 among the main concerns of executives, two places ahead of the previous year. But if we distinguish between geographic areas, climate change is not among the ten issues that most concern managers in North America. Nor does it take away the dream of executives from Eastern Europe, or Latin Americans, Africans or those from the Middle East.

Only among Europeans and Asians is there a certain concern about everything related to climate, emissions, weather events or environmental disasters; in both cases in position number 10. In these circumstances it is easier to understand why the Paris Accords have not made concrete progress in their life span.