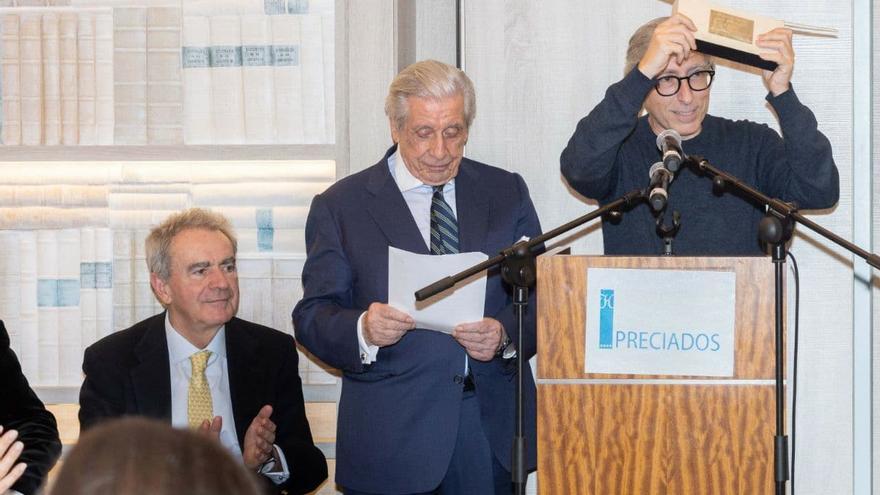 The writer and filmmaker David Rodríguez Trueba has been awarded the Café Varela 2021 award for his extensive artistic career. The jury decided on his name on October 25 and on Friday December 3, the winner collected the award at the legendary Café Varela in Madrid, surrounded by family and friends.

As collected Zenda, David Trueba’s legacy in the audiovisual field is of great value both in his role as director, as in that of screenwriter. Among his most prominent titles are films such as’ The good life ‘,’ Soldiers of Salamina ‘,’ Fernando’s chair ‘,’ Madrid 1987 ‘,’ Living is easy ‘,’ Almost 40 ‘,’ If time erased me lo que yo canto ‘or his latest premiere,’ On this side of the world ‘. Although just as or more important are the scripts of ‘The worst years of our life’, ‘The girl of your eyes’ or ‘The forgetfulness that we will be’ to make an accurate review of his work.

The filmmaker and columnist for El País received the award surrounded by family – like his brothers Fernando and Jesús Trueba – and friends, including Ana Belén, Víctor Manuel and Miguel Ríos. The Russian ambassador Yuri Korchagin and well-known faces from television such as Wyoming or Gonzo also participated in the evening.