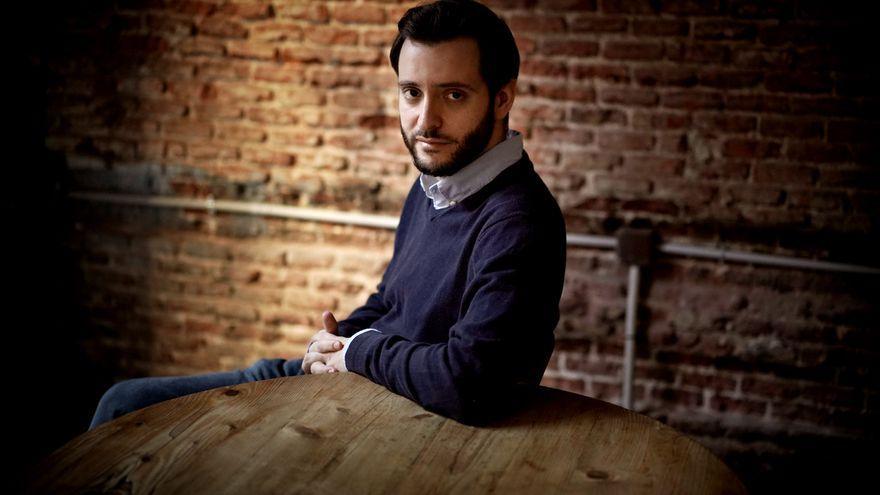 David Jimenez Torres (Madrid, 1986), teacher, writer, journalist, author of Our man in London, on Ramiro de Maeztu, other essays such as The country in the mist Y The crisis that changed Spain, in addition to the novel Cambridge in the middle of the night he's been sleeping badly for years. Consequence of that insomniac reality that marks his life is this book, bad sleep (Asteroid Books), which subtitles An essay on sleep, wakefulness and tiredness. By the time we meet, eleven in the morning, he is already beginning to get along with the day ahead.

What would you call sleeping well?

Well, for me, sleeping well would mean getting up and checking that you've slept eight hours and you feel completely rested and ready to enjoy the morning.

Are you slow to wake up?

In terms of time, no. The thing is, I do feel like my brain doesn't start to wake up until well into the morning. And that is one of the sensations of bad sleep. For me, waking up is the moment when I begin to feel in full use of my faculties, and that does not happen when I get up.

Kafka said that the riskiest moment of the day is when you wake up..

He knew what he was talking about, he was a chronic sleeper. But it's interesting because his sleep problems become his lyrics. He mixes well the idea of ​​the confusion of the night with the danger of the day. All the protagonists of his work are threatened by something that happens in that period of the day. Something threatens them in the hostile morning, but they don't know what it is.

How have you experienced sleep deprivation in everyday life?

I have the experience of feeling that there is something shameful in not sleeping well, especially in adult life. It's as if you're still hooked on the rhythms of adolescence. And that has led me many times to feel the impostor syndrome, to not talk about it, to dress very formally so as not to look like a zombie, to say: what will others think of me when they see me with dark circles under my eyes? I remember that in my first teaching job I avoided my classmates because I felt destroyed and I didn't want them to see me like that.

Do you feel sorry for yourself when you don't sleep?

I try not to fall into self-pity, but I am overwhelmed by a deep frustration and the arbitrariness of life: why do some so much and others so little, why do some sleep a lot, or sleep well, and others very little. Maybe your partner sleeps perfectly and you don't. And you are unable to identify why. And it will always be so. There comes a time when your partner tries to avoid the subject.

Maybe out of fear, right?

Maybe. In fact, there are people who have told me that they prefer not to read the book in case they identify with something or even get insomnia, hahaha. It's that I think we have a certain magical idea of ​​the dream, to believe that it magically vanishes.

There is also a prestige that does not sleep, right?

Yes. It happened with the legend of the little light on in El Pardo during the Franco regime. The idea that the dictator was always there working to raise Spain. It is thought that whoever does it is because he is a hard worker. But it's not always because of that.

Can you get into the habit of not sleeping?

In general, we sleepyheads live with that and simply get by. But it depends on your temperament: you can be more stoic or more complaining. My mother, for example, is more stoic about her lack of sleep.

His mother, by the way, is the only one interviewed in the book..

Is there a relationship between evil and insomnia? In movies, bad guys are bad all the time. Always vigorous.

I think there is a very strong cultural idea that sleep is linked to good or bad conscience. They tell you that if you don't sleep it's because you don't have a clear conscience. It is believed in the connection between sin and bad sleep. This image does not correspond to reality. Poor sleep just happens. It is not a divine punishment, it is what has touched you.

There is sleeping beauty, but not insomniac beauty.

There is a certain prestige of the creator, generally male, who works at night: the poet, the composer... devoted to his inspiration.

But what I'm saying is that in literature there is no handsome insomniac.

Too. And watch the series Twilight: the handsome pale vampire.

It says in the book: “insomnia can destroy a person's life.”

Yes that's how it is. People with chronic insomnia can't really lead a normal life and they need treatment. I, for example, am just a sleeper. I am married, I have a daughter, I water the plants... that is to say: I lead a more or less normal life. But I am afraid of falling into something like that and that my life will be turned upside down and I will have to undergo medical treatment.

"Mental hyperactivity becomes distressing [...]. That's why I propose that we make peace with our mind, that we accept that it will behave like this in wakefulness "

There is a threat that the insomniac lives. The words break out as soon as we turn off the light, you say. Guilt dwells in insomnia.

Yes, the guilt, the anguish, the feeling of missed opportunities. Mental hyperactivity becomes distressing. There are many meditation techniques to stop this, but I think it requires a very strong mental discipline that, at least for me, has been impossible to achieve. That is why in the book I propose that we make peace with our mind, that we accept that our mind is going to behave like this when we are awake.

He also says that insomnia can be the dark side of modernity.

This is a very widespread thesis and one that I find very suggestive. I assume that technological development is reducing our rest. I am referring to artificial light and sleep schedules. Industrialization has forced us to sleep eight hours and that is something that did not happen before. But modernity has also helped us a lot: today we have wonderful mattresses and hygienic rooms, without many people and even without animals around...

He quotes Cioran: “in insomnia, time is your enemy.”

Yes, he was a chronic insomniac, by the way. And he is absolutely right in the sense that no one else is aware of the passing of seconds and minutes and hours while he is not asleep.

And overwork does not cause sleep?

A common experience is being very tired and not being able to fall asleep. Our tiredness before was physical, and that perhaps does induce more sleep, and our tiredness now is mental, from having answered many emails or constantly looking at screens, social networks... Although none of this is universal. I know people who are very active on social networks and who spend all day working at the computer and who sleep well.

Cover of 'The bad sleep', by David Jiménez Torres.

He also says: “we are tired but we have not become bad people.”

It is in the context of the people with whom we share the bed. That enormous feeling of separation and how in the morning the bad sleeper is more irritable. It happens with the couple or at work. And then you enter the guilt: what fault do others have for my bad sleep. And that guilt makes you rectify because you are not a bad person.

It is that this country is an insomniac country.

Before we had two sections to sleep: at night and siesta. In Greece they did a study of the consequences of abandoning the nap and they saw that it had repercussions on the propensity for cardiovascular diseases or cancer. That is to say: the forced abandonment of the siesta due to job changes has been more destructive. That's why I say in the book that we should go towards greater time flexibility. But, of course, supermarkets have to be always open, delivery men have to be available... But we should think beyond the consumer.