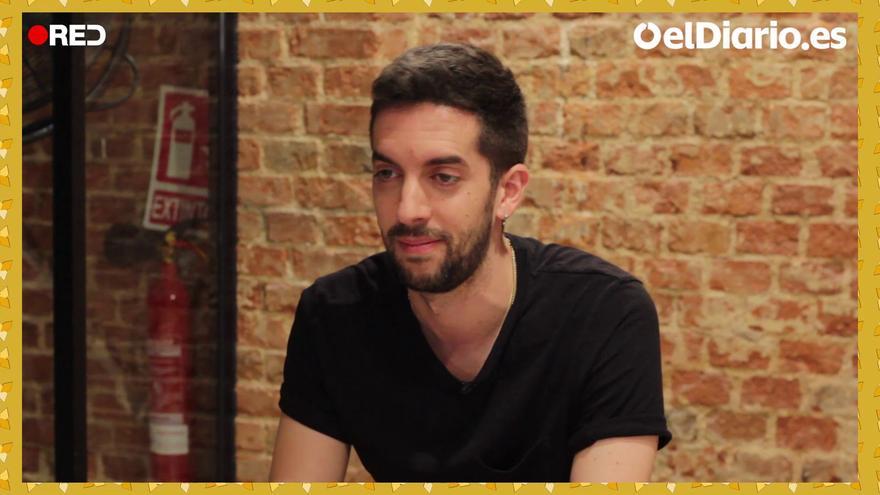 David Broncano has recently become the great star of comedy in Spain. its late-night from Movistar, The resistance, is the biggest television phenomenon of humor in recent years. Your radio space, Modern life, on the SER network, which he presents together with Quequé and Ignatius Farray, happens to be the star program among young people in our country. Going out on the streets today with David means having to stop every ten steps to attend to one of his countless admirers.

Born in Galicia, he really grew up in Orcera, in Jaén. Hence he has some peculiar accent. His professional career was focused from his beginnings on television, unlike other comedians. Started in New Comics, at Paramount; went through 4 seasons of Comedy club, in laSexta; was main presenter in Crazy world, in # 0; and has ended up having her own show in The resistance, also in # 0.

For you, an already experienced comedian, has comedy ever helped you to solve a serious problem?

Once in Russia, in Siberia, we got lost and turned up in a cabin with some paramilitaries. We sensed that they wanted to blow us up and I came up with a joke with a motorcycle, I don’t remember what it was like. The man, a Russian ex-military man, went from telling us “You won’t get out of here!” To saying “Of course, you are welcome here. When you want to eat deer meat, here it is. And if you want, you can hit a goat! ”, Because he had a goat there to hit him, which I condemn, but it was like a gesture of solidarity.

What a change of scenery just with a joke!

So is. Thanks to a joke about a motorcycle, we went from being there about to be hit with an offer to hitting another living being. From his point of view, it was like an honor to hit a goat with a Ukrainian flag that had been painted on it. But hey, we are not going to go into more details either.

Looks like comedy saved you from a dodgy situation. However, haven’t you ever tried to make someone laugh who… wasn’t for work?

Indeed, I remember a traffic situation in which the opposite of Siberia happened to me, that for being funny … a classic! … The police stopped me when I came from playing tennis, a few years ago. I don’t remember why they stopped me, but they told me to get out and open the trunk. I had about four hundred tennis rackets and they told me: “What is this for?” and I said, “Man, agent! Being tennis rackets, well…! ” It’s not like it was a joke either, but I hinted: “What do you think for? Well, being tennis rackets, well for tennis! ”. But, without being a joke, because of the tone, the agent already sensed that he had found the typical funny man. Which, in general, to the forces of order … Come on, that went from being a routine check to being there for four hours … hilarious!

When did you realize that you were a funny guy?

Well it took a while, really. I remember once, being on a family trip in Euskadi, with some friends from there, Basques, and my parents. I started to make a few jokes with my brother and, to the third joke I told there, he went from talking about quite intense political issues to talking about how I had been bitten by a dog or something like that, the conversation drifted and then, with 9 or 10 years ago, I understood that, although I may be interested now, the self-determination of Euskadi did not interest a child of that age much. I discovered then that making jokes that I had been punctured by a ball, that I had fallen down a hill and I managed to get him to change the subject and I said: “Well, damn it! Maybe this has its something! ”. Because, maybe now I’m interested, but at that age the self-determination of nations, in principle, you don’t care enough.

Do you think comedy is innate?

I think that, by personalizing it, comedy has a part that you learn. I think now I make better jokes. That I do better as a comedian than 9 years ago, when I started. Like all professions, you do learn. It improves a lot. I would say that it does have a part that is difficult to learn if you do not have a mini mental mechanism whereby some people have an easier time making more jokes than others. Maybe there are some strange clicks. Just as there are people who have an easier time pole vaulting, there are others who would not have survived 10,000 years ago because you needed more physical strength. Today it is true that jokes are an advantage.