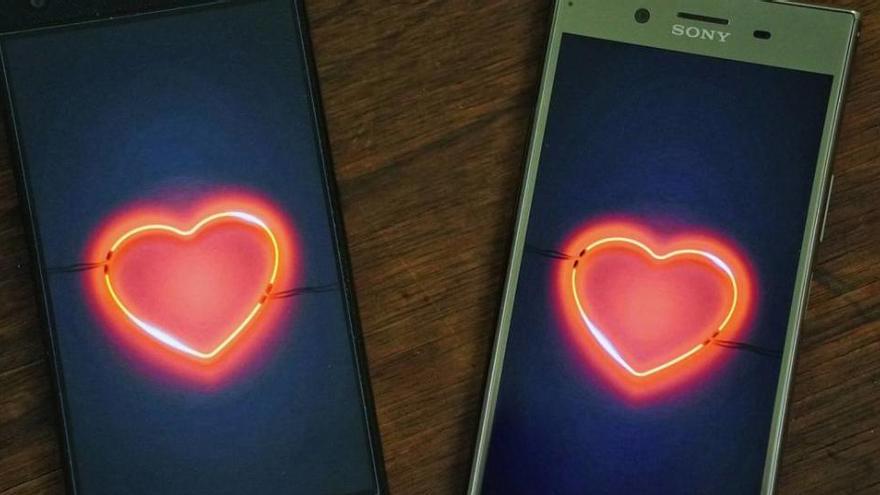 The dating apps They have revolutionized the way people meet around the world. Unlike traditional dating websites, these apps are not based on extensive profiles of each user, but on a photo rating system in which profiles ‘slide’ (or swipe, in English) to the right if the person is attractive, or to the left if it does not convince.

Along with the increased use of Tinder, Grindr and other apps, the criticism has also grown. Detractors point to the encouragement of casual encounters and the deterioration of long-term commitments. However, there is no scientific evidence to support such claims. A study by the University of Geneva (UNIGE) has analyzed, based on a survey carried out in Switzerland in 2018, a large amount of qualitative information on couples who met through apps.

Despite the fears and concerns about the deterioration of relationships by these ‘apps’, the study points out that those who meet on the internet show the same level of satisfaction in their relationship as other couples.

The results, published in the latest issue of PLoS ONE, indicate that those who met through apps have more intentions to move in together than known relationships in non-digital environments. In addition, women who met their partner in ‘apps’ show greater desires and intentions to have children compared to those who found their relationship in the offline world.

Despite fears and concerns about the deterioration of the quality of relationships, research indicates that those who met in these applications show the same level of satisfaction in their relationship as partners known in other settings. Finally, the work highlights that These tools play an important role in modifying the traditional composition of couples, allowing people from different geographical areas and more diverse educational levels to meet.

The meteoric growth of these applications can make that the internet becomes the main place to meet potential partners at least in Switzerland, where this study has been carried out, in parallel to meeting new people through friends and acquaintances.

Gina Potarca, a researcher at the UNIGE Institute of Demography and Socioeconomics and holder of an Ambizione research grant from the Swiss National Science Foundation, points out that the internet “is profoundly transforming the dynamics of how people meet. It offers many, many opportunities. to meet a partner and involves minimal effort and no third party intervention. ”

“Dating apps offer tons of opportunities to meet a partner and involve minimal effort and no third-party intervention. “explains the author

The author of the article decided to investigate the intentions of these couples to start a family, their satisfaction with the relationship and personal well-being. To do this, it used a survey by the Federal Statistical Office carried out on families in 2018. In the specific case of this study, it took a sample of 3,235 people of legal age, in a relationship and who had met their partner in the last decade.

Thus, Potarca found that dating sites -Those tools that preceded the famous applications- attracted users over 40 or divorced. The arrival of Tinder and others eliminated the extensive personality questionnaires and self-descriptions, previously necessary to create a profile. “These ‘apps’ normalized online dating and it opened its use to much younger categories of the population “, indicates the researcher.

Regarding the statements about the promotion of casual encounters instead of strong relationships, Potarca criticizes that many media outlets favor this prejudiced image of its users and applications: “So far there is no evidence to show that this is the case” .

The researcher wondered if the couples known in apps showed different intentions to start a family. The results show that these relationships were more interested in living with their peers, although the study does not conclude if the final intention is to leave in the short or long term. “But if we take into account that marriage is still a central institution in Switzerland, many couples see this coexistence as a trial period prior to the wedding,” he says.

To this is added that women who met their partner through these applications express that they want and hope to have a child in the near future, much more than other women who knew their partner in another way.

“We are reassured to dismiss some alarming concerns about the long-term effects of using these tools,” concludes the researcher.

Finally, sociological research highlights that ‘apps’ favor contacts between people with different educational levels, especially among high-level women and men of lower training. “This diversity in the socio-educational profiles may be related to the selection methods of the users, which are mainly focused on the visual,” indicates Potarca.

“Knowing that the applications will have become even more popular during periods of lockdown this year, we are reassured to dismiss some alarming concerns about the long-term effects of using these tools, “concludes the expert.

Tags: apps, do they work, flirt