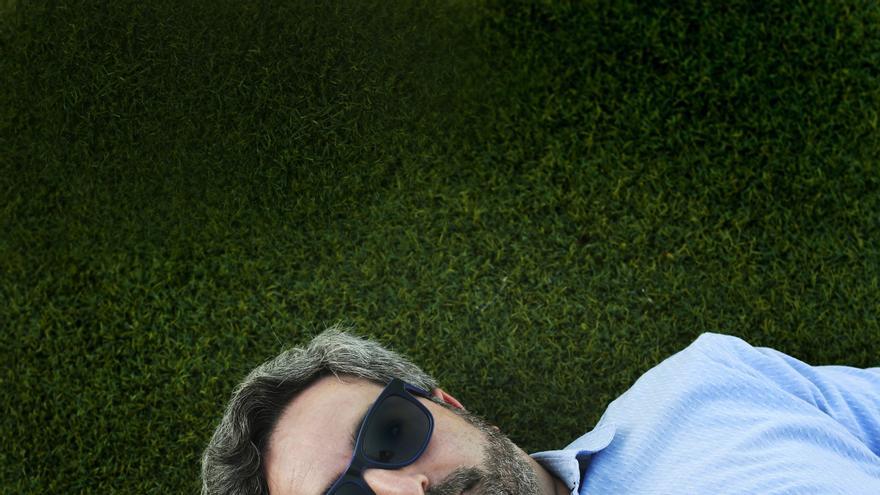 Madrid, Jun 4 (EFE) .- A party of old friends from the institute to celebrate the 50th birthday of one of them has served the Sevillian writer Daniel Ruiz to portray in a novel that "affluent" generation that is installed in the spaces of power and that he has done little exercise in self-criticism, he says.

"Amigos para siempre", edited by Tusquets, is the last novel by Ruiz (Seville, 1976) who attends the meeting of this group of friends who, despite the fact that they took different paths and that they no longer see each other frequently, remain United. They and their partners form the WhatsApp chat "Friends forever" and they promise them very happy in the celebration of a birthday.

Ruiz, who with his novel "La gran ola" (2016), a satire on "coaching", won the Tusquets award, recalls in an interview with Efe that "Amigos para siempre" allowed him to "call" a party during confinement by the pandemic through the literature.

Thus, he explains, the anguish he faced during confinement made him turn to writing intensively and he became an "invisible spectator" of that group of friends: "I was in a corner of that party listening to everything and seeing how they skinned themselves. "

"I accompanied the group during that night, in that huge party, until dawn, and when it ended, it was difficult for me to say goodbye to them. But this time, instead of the emptiness that I usually feel when I finish a novel, I had a feeling of hangover" , says Daniel Ruiz, who highlights that this book saved him from falling into a depression during the pandemic because it served as a shelter.

But the origin of the story was to see how political issues have been introduced into family and friends' relationships "to the point of contaminating and ruining them."

The relationship that unites his protagonists, friends from the institute "is based on certain very nostalgic liturgies; their friendship has not evolved" and in a certain way is flawed because they are people who have known each other for years, with roles assumed since adolescence and youth .

In his novel, he addresses all the concerns that assail that generation and "the inevitable moment of accountability with the partner, with sex, with the care of children, unsatisfied aspirations and power."

In the novel, he makes a kind of X-ray of those belonging to the "boom" generation and generation X, born in the late 60s and 70s: people raised "in the heat of the embers of the welfare society that our parents gave us and for those of us who have done very well, "says the author.

"A generation that has come to power with little work of review and self-criticism of how it has arrived and that we have been a bit selfish with the generations that come after," he says.

One of his characters, the millennial girlfriend of one of his friends, "embodies the reproach of the generations that come from behind, whom we have kept cut off and whom we condescendingly reproach for the lack of drive."