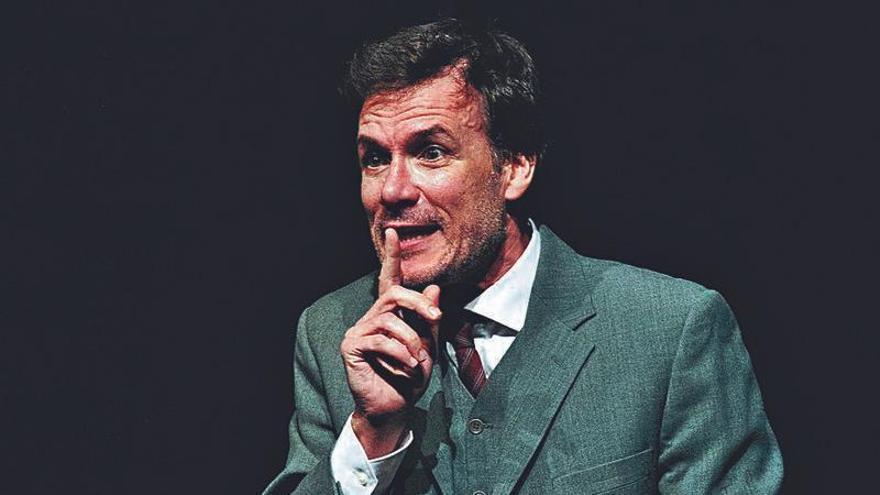 After so many years of silence, is justice to the figure of Alan Turing being done little by little with initiatives like this work?

I think so. In fact, when I was offered this role, one of the things that pushed me to accept it was precisely that. I knew the character but he was silenced for so long that it barely knew that he was the one who had deciphered Enigma, the machine of the Nazis, and that he caused them to lose World War II, and that he was somehow the father of artificial intelligence. That was what it sounded like to me but when I investigated I discovered everything that man had gone through and how they had silenced him and how they ended him. They used it and he ended up condemned for his homosexuality: he was sentenced to chemical castration and ended up committing suicide because he could not bear it anymore. As an actor, I told myself that if I could contribute something to make this character known and do my bit to reveal a little more the life of this man who contributed so much to society, I had to do it.

Alan Turing will be remembered for many things, for deciphering Enigma but also for being an important member of the homosexual community. Do you stick with any of the facets of English?

There is something very complex in his personality and very unfathomable. There is his genius, his gifted mind and intelligence and also a social awkwardness. There is talk of a certain Asperger’s syndrome, stuttering and shyness. In addition, he kept many secrets, not only regarding Enigma but also about his own sexuality. All that combination creates a very particular being that sometimes looks like a five-year-old child and sometimes is a great mathematical genius. Anyway, every time I pass the play at the time when he was judged, I don’t stop getting excited. What we tell is biographical data and to think that he knew that he was risking a jail sentence, or castration, for his homosexuality and at the time of the trial he recognized that he would do the things he did again because he did not hurt anyone, I think an exemplary courage and coherence. In the end it was more difficult to say how it was than what he could risk. It is such an important moment that it does not surprise me that Turing ended up being a symbol of the LGTBI cause, without him foreseeing it, simply with his way of living and loving, without trying to harm anyone.

Alan Turing was a peculiar person because of his personality and his incredible mind. How have you dealt with the preparation of the character?

He is a candy for me because he is a character very different from everything I have done and he invites me to make a different physical composition, movement and voice, and all of that had me scared at first. However, everything has flowed naturally. With any character, I think the most important thing is to be clear about the line of thought, what he is busy with and that already gives rise to everything else. The complexity with Alan Turing is that he was such a privileged mind that he went very fast and I work precisely that way. When I am on stage I have my mind to a thousand things at once, just like him, who was far above his co-workers and at the same time had to hide many things, like his own sexuality. I think that mind that goes a thousand an hour is also what triggers this difficulty when it comes to expressing oneself socially. That shyness also brings a lot of sense of humor to the play, especially in the first half, despite the tragic ending it has, this unique behavior is very funny.

Although he is accompanied by Carlos Serrano, the weight of his character is what sustains the entire work.

Yes, Alan Turing is the epicenter and sometimes he is the storyteller. There is a moment at the beginning of the play when he does not doubt that the audience is there and goes to him to explain that he is going to try to tell his life to see if he understands himself. Alan Turing is going to remember different moments, some historically important and others more domestic, that allow time travel. When he chooses a moment that should be counting, my partner Carlos Serrano makes the character that is necessary to recreate that situation. He plays three characters: the sergeant who first receives Alan Turing’s complaint for a robbery and ends up investigating him and discovering his homosexuality; Turing’s loving hustler; and a very important chess player of the time who was one of these prodigious minds that Wiston Churchill gathered to try to decipher Enigma.

When this play was released, the protagonist at the time, Derek Jacobi, feared that so much talking about mathematics might bore audiences. It has been shown that the story is very well told and that this does not happen, but has it been very difficult for you to face such a mathematical language?

Yes, it is overwhelming, especially to me that I am not very good at mathematics, but on stage it seems that I master it. I try to make a simile with what is closest to me. When he is mastering the mathematical formulas on stage, I try to find something in a language that I master. Nor do we get too hung up on that because it would be very difficult for the viewer to understand it. The work does include a lecture by Turing on whether machines can think or not and it is a failure because he enters a line of thought that others are not capable of following. That happened, there is talk that he gave lectures in pajama pants and a jacket, so he must have been someone peculiar and he was treated like crazy. However, he spoke of artificial intelligence that, today, exists, is our present and our future. But between his eccentric manner and his ways he was treated like a madman.

This is a clear example of time travel that you can invite to perform in the theater to meet extremely interesting characters from the past.

The truth is, because with this work we understand historical events and we can also get to know the person. There is a very humanistic look in this proposal because we want to bring that historical figure closer and spy on his life. Beyond the historical data, we want to humanize it as much as possible.