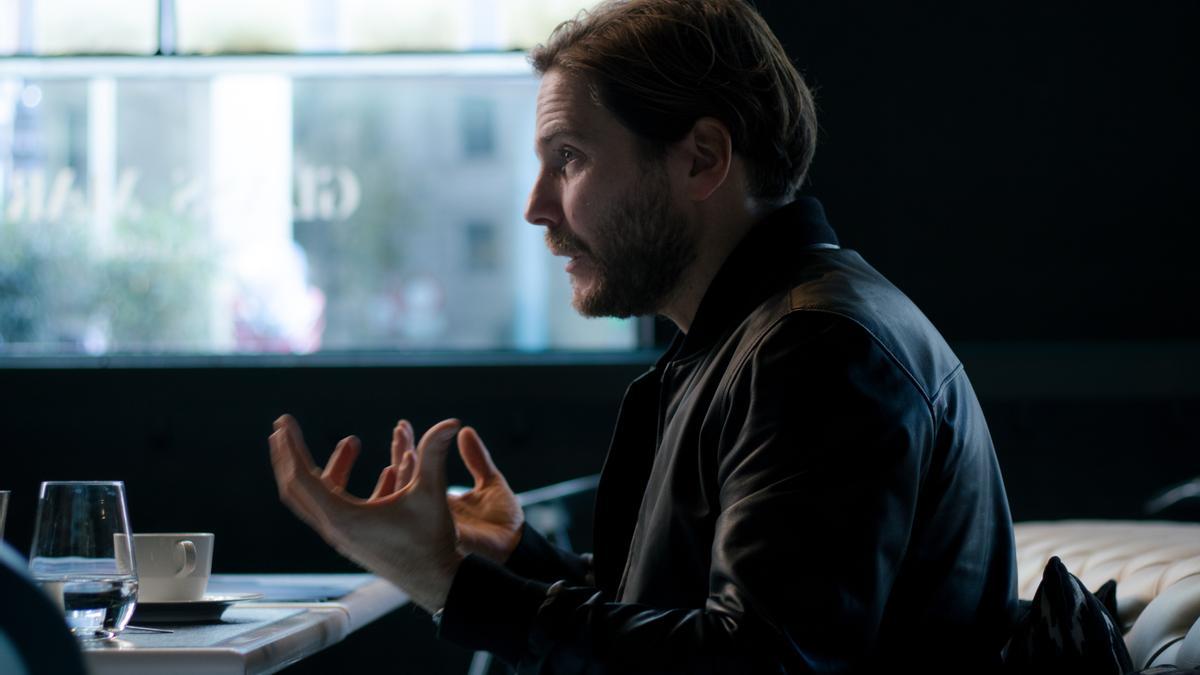 Until now the work of Daniel Brühl (1978) had been in front of the cameras. The actor, with dual Spanish and German nationality, has a long history under the baton of great Hollywood heavyweights, either with Quentin Tarantino in Damn bastards or with the Russo brothers in CApitan America: Civil War. But the tables have been turned this time.

Next door, which opens in theaters this Friday, is Brühl’s debut feature, despite the fact that due to its formal appearance it could well be that of an established director. It is a story with certain autobiographical overtones that tells the life of an actor about to present himself to an important casting to play a superhero when, suddenly, his neighbor Bruno, whom he had never seen before, stands in his way.

The result is a thriller satirical but also uncomfortable, developed mainly in a single space in the purest style of A wild god by Roman Polanski. It is also a vertebrate film through the dialogues, enough to keep the attention without incorporating any additional technical artifice.

Brühl attends elDiario.es in a central Madrid hotel. Dressed in a black leather jacket and sitting at a bar table, as if it were a set prepared for his film, he responds to this medium about some of the ideas that fly over a work that does not leave aside concepts such as historical memory. , the class conscience or the creative freedom of the filmmakers.

After working as an actor with great filmmakers, like the Russo brothers or Tarantino, is there something of them in your first film as a director?

First I have to mention Wolfgang Becker, who did Good Bye, Lenin! with me and he’s been the person I moved to Berlin for and ended up falling in love with the city. I have talked a lot about cinema with him and he has marked me as a mentor. Also Tarantino, his love for the western and the way to shoot sequences in closed places. Or Ron Howard with Rush, which taught me to have an open attitude on the set allowing collaboration even with the scriptwriter even though some directors don’t like this.

There are also inspirations from movies like A wild god by Roman Polanski. And, although it is a completely different tone and film, the cinema of Michael Haneke has also marked me a lot, but also other lighter things such as My dinner with André by Louis Malle.

The film tells the story of a successful actor who is not down to earth and who does not even remember the name of his neighbor or the name of the waitress at the bar. He believes that the whole world revolves around him. Have you ever felt like the protagonist?

In the moments in my life when I noticed the danger of not having my feet on the ground, especially when I was younger, I always remembered my father’s words very well. Then I noticed the importance of having a good education and having family, friends or my wife by your side, who has been with me for 10 years and is a psychologist. All this helps you not get lost in your profession and in the certain success that you have, because it always hurts a lot if you fall from the tenth floor. That’s what happens to this character.

It was a very fun game, because it is full of personal and professional references that I have had, but although it may seem the protagonist does not have so much to do with me. I have always marked a distance and I purposely wanted to raise the tone a lot to make it clear that we are moving in a comedy. It would have been tremendously vain to do it from a realistic point of view and tell my own traumas.

The first woman to appear is the maid, who does the housework and takes care of the children. The actor, on the other hand, does not exercise any type of care and focuses on progressing as a professional. Is this position a class and gender privilege?

Yes, it was something sought on purpose. I wanted to start the film like this to show that the protagonist is at a point where he no longer questions anything. He does not realize his surroundings or the privileges he has. He takes them for granted and moves with that security and self-love for his life.

The protagonist’s neighbor is the classic pissed-off fan who imposes his criteria on the works. We have seen it for example with the end of Game of Thrones, after which a signature collection campaign was launched to remake the eighth season with “competent screenwriters.” Should a director stay out of the mass opinion on social media?

Yes, in a way they want to sell it as a democracy, that everyone participates. But that has brought us to a point that is very damaging to art and in social networks there is a double standard. You can’t get past certain lines and there are many limits even to what you can count on in a movie. And this, if we continue like this, we are going to live in times like the 50s, because everything is going to be very conservative and it will be marked by the fear of passing you.

At one point in the film, the social conflict derived from the division of Germany and Berlin is addressed. Are there “scars” of that in the German population today?

Many. And after so long it seems incredible, but the countries have not adapted or leveled. It is a fact that the West of Germany invaded the East and that there has not been an exchange at the same height. You can still see a huge inequality. And now, in times of global crisis, we are seeing an increase in local conflicts and easy messages from populists that poison social coexistence. I am living that and the film is an observation of how I see Berlin now, and maybe in five years I would not be able to make the film because it may no longer have neighbors from the East.

And you, who have lived in both countries, do you think that Spain has something to learn from Germany in terms of historical memory?

The history in each of the European countries is very complex, with its own specific conflicts and you always have to enter very carefully because you cannot compare one country with the other. Here [en España] there was a dictatorship until 76 and it is a younger democracy, while in Germany we are historically guilty of one of the darkest chapters in world history. Facing the past was absolutely necessary, and luckily this has not been lost in German education and culture: facing one’s own history.

In 2019 there was controversy with some statements from Scorsese about Marvel. According to the filmmaker, all films start from a mold made for immediate consumption. “Films are designed to meet a specific set of demands and to be variations on a finite number of themes,” the filmmaker opined. You, who appears as an actor in several films on the comic book label, what do you think of the role of superheroes in contemporary entertainment cinema?

I fully understand that you don’t like it, but I don’t see it as a threat to the cinema. I believe in the coexistence of a very different cinema and that, in a way, these feature films also help the seventh art in general. Personally, from a young age I have always had a certain satisfaction with comics and they fill me up a lot.

I also notice that there is a very high level, both in the team and in the actors, and if you are willing to spend some time in the universe, you do appreciate differences. Not everything is the same and it is very well told, although it is entertainment after all. But, as with music, sometimes I like pop even though it comes from indie rock.