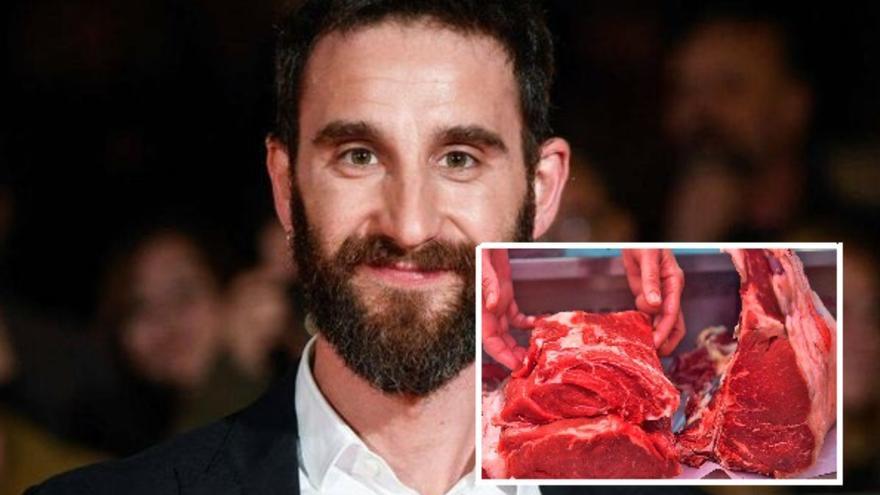 A debate that the opposition to the Government has seen as an affront to the Spanish livestock sector, when the minister recommended simply reducing their consumption, something that many people have taken as a kind of personal attack, and the nets have been filled with breaded steaks and steaks.

The actor, Dani Rovira, also spoke about the case: "I have no children, but my veganism goes through an awareness and commitment to leave a habitable planet for yours. It is exhausting that we have to be the ones who are forced to argue not to participate in animal exploitation and ecological disaster ".

Rovira also considered that he was not the best suited to speak because after all his conscience had arrived late, specifically at 35 years old, but he invited people to reflect on the subject in a healthy way, something that seems quite complicated in this country...

I don't have children, but my veganism goes through an awareness and commitment to leave a habitable planet for yours.
It is exhausting that we have to be the ones who are forced to argue not to participate in animal exploitation and ecological disaster.

My awareness reached 35 years. For this reason I am neither better nor worse than anyone. But I invite you to reflect on “the why” of the attacks with such high vehemence towards veganism.

I attacked him in his day, and I realized that it was a way of throwing out the balls of my guilt and incoherence. Defend my internal conflicts, attacking the cracks of the other. Recognize that my personal pleasure was above an animal and ecological ethic.

And if you are a politician and / or businessman, I understand that economic interests are another factor to take into account.

It is a fascinating debate. And it would be good if it could be faced without fanaticism, without disrespect and without narrow-mindedness.

There is an impeccable reality, and that is that the planet is everyone's home. Let's reflect on whether we want to be on the side of "saving the convent" or on that of "shitting ourselves inside."