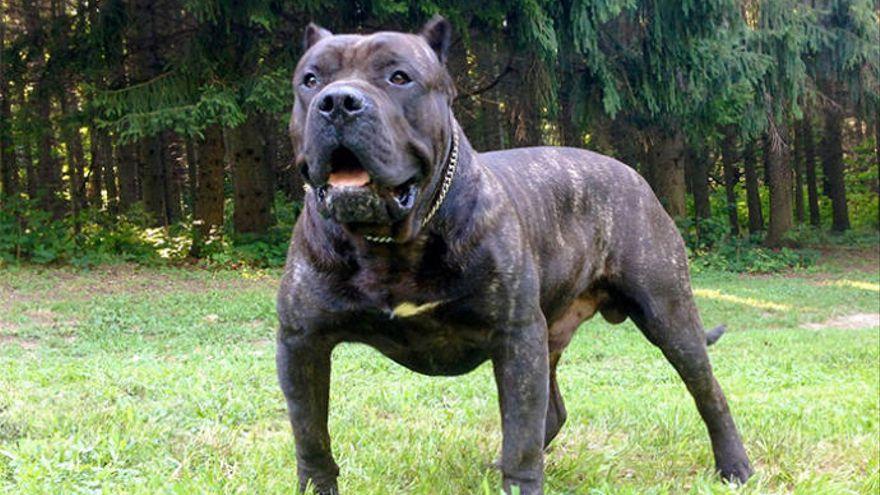 The Government hopes to present a draft bill next May to modify Law 50/99 on potentially dangerous animals to look at the individual behavior of companion animals without taking into account “the specific breed with which they were born” and thus avoid “unfair” prejudices. The standard will establish a behavior validation mechanism for each horse.

In addition, the draft law provides that dogs that need some “particular handling” must be educated with behavior improvement techniques so that they are no longer dangerous.

This has been stated by the General Director of Animal Rights of the Government, Sergio García Torres, during the ‘I Political Conference’ organized by the Royal Spanish Canine Society in which he has also explained the regulatory changes that the Animal Welfare law that prepares the Executive.

Precisely, during the day, the Royal Canine Society of Spain (RSCE) has requested that a new Law that universalizes canine identification, education of children and young people in values ​​that promote respect and animal empathy, protection and promotion of autochthonous breeds and recognition of the work of ethical and responsible breeders.

Torres has detailed that the law that the Government prepares and whose draft is in the process of public information, will focus on homogenizing the 17 regional regulations to establish a common general framework, at the same time that it will include a ‘System of Animal Protection Records’ (SRPA ), of which different identification systems will be part. Among them, a registry of animal welfare centers will be created, by which the professionalism of the sector will be guaranteed; that of the collection of abandoned animals or animal protection entities.

Within the SRPA, a National Registry of Companion Animals is also foreseen that will coordinate the 17 regional registries as a “meta-registry” that can be accessed in real time to all the data of all the animals in the country.

García Torres added that at the same time and within the same umbrella, a National Registry of Zoological Nuclei of Companion Animals will be established because at present one must be an “expert” in regional and municipal legislation to control these nuclei. This initiative is being developed in coordination with the Ministry of Agriculture, Fisheries and Food that “shortly” will put on the table a Royal Decree on Zoological Nuclei.

On the other hand, it has announced a National Registry of Company Breeders that will include professionals and amateurs so that “only those registered” can be official breeders.

Another of the “key pieces” of the regulation will be the obligation to identify companion animals before they can be purchased and within the first three months of life so that the breeding is controlled, while a National Registry of Disqualification for the Keeping of Companion Animals, which will include all those convicted of abuse, who may not register any animal in their name.

The bill also plans to modify the civil code to recognize that animals are sentient beings in line with the Lisbon Treaty, as well as another modification of the Penal Code to update the penalties for crimes of animal abuse upwards since the current ones are they are “quite lax” since the maximum is 18 months.

Likewise, the general director has added that they are considering a draft law for assistance dogs that includes homogeneous criteria and that equates, in particular, their access in public spaces. “The draft national law on animal protection that will be the combination of projects,” defended García Torres, who insists on the need to move towards zero abandonment and zero sacrifice.

During the day, representatives of PSOE, PP, UP, Vox and Cs participated, who agreed on the need for Spain to have an animal protection law that advances the rights and protection of animals.

For the PSOE deputy, Sandra Guaita, it will be “important” to encompass the various regional animal protection laws in a framework law that reflects the “growing human sensitivity towards their animals.” In his opinion, it is necessary to regulate cases of abuse, mistreatment, irregular sales and ensure that breeders are registered and thus allow to know the traceability of the animal from birth to death, has

“We have come a long way in the last 10 years but it is clearly insufficient, we constantly see cases of abuse and mistreatment and in a modern society this cannot be allowed,” he added.

For his part, the deputy of United We Can, Juan López de Uralde, trusts that the modification of the Civil Code and the Penal Code will go ahead and that in this legislature an “umbrella” animal protection law can be approved that unifies the legal situation throughout the country.

“The Spanish reality leaves much to be desired. The dropout figures are unfortunately too high. When we talk about 150,000 or 200,000 abandoned animals each year, this gives us an image of the reality that exists in our country ”, he stressed. López de Uralde considers it essential to promote responsible ownership and coexistence to avoid abuse and abandonment and has advocated for promoting civility and the defense of animals and promoting adoption.

From the PP, the deputy Milagros Marcos, has agreed on the convenience of working so that the regulations that the autonomous communities already have are homogenized “with coherence and common sense”, with dialogue and consensus and respect for what is already working but, “Above all, make it possible.”

“Regulate by regulating and putting what ideally can become more than what can be fulfilled, in the end it is not well understood and nothing is achieved”, has valued Marcos who has also claimed “sufficient, permanent and constant funds” for make it happen. On the other hand, it has opted to include the new approach of the World Health Organization (WHO) ‘One Health’ that addresses human, environmental and animal health as the same area. “Let’s avoid misunderstood animalism, which generates the opposite result to what we want, which is to respect animals for what they are, without trying to humanize them,” he added.

From Vox, the deputy Magdalena Nevado, has coincided with her predecessors on the day and has defended that her training is “defender of life”, also that of animals. For this reason, it has shown its agreement with the legislative text that the Government prepares in line with the modification of the different registers, the changes in the criminal and civil code or the measures aimed at pursuing the objective of zero abandonment with which everyone is ” absolutely agree”. It has also shown its agreement to the modification of Law 50/99 because there is an “unjust criminalization of some races.”

Along the same lines, the CS deputy in the Madrid Assembly, Ana Rodríguez, has demanded a law that excludes animals as seizable assets in the civil code, that harmonizes the law at the state level and that establishes the aforementioned national registries.

Tags: dangerous, dogs, rule, switch to, will have