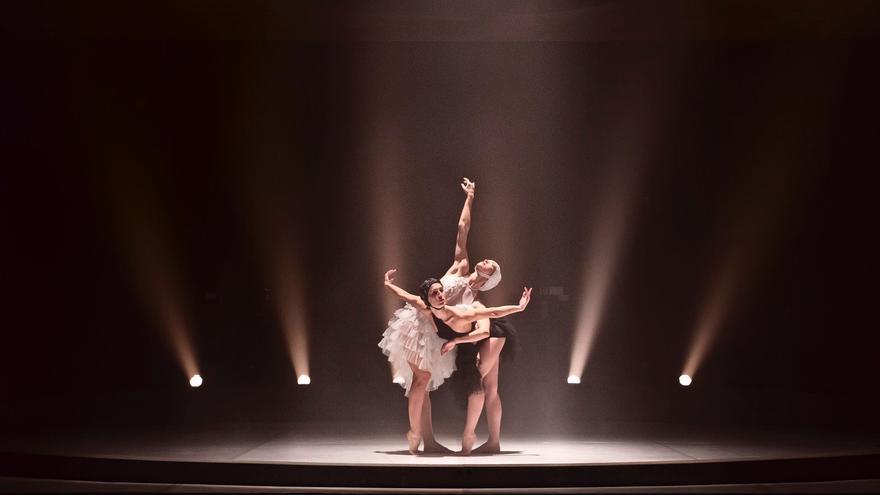 The cultural fabric of dance in Spain is irregular and variable. While cities such as Barcelona, ​​Madrid or Bilbao celebrate International Dance Day on April 29 with shows of all kinds, reinforced by public budgets for promotion and exhibition, in many other Spanish cities dance continues to have difficulties to find its place. space in cultural programming. And when they find it, they face the precariousness and ignorance of the public.

"These two years have been complex and hard, and precariousness has emerged especially," says Angels Margarit, 2010 National Dance Prize. "Dance professionals do not have conditions and benefits at the level of the work they do. It is imperative the approval of a Statute of the Artist that guarantees minimum rights, such as financial benefits after a tour stoppage, retirement ages or recycling programs and change of profession after reaching a certain age ", he explains.

Margarit considers dance to be "a living cultural heritage" which, in her opinion, is often in the shadow of our fixation with what she calls "stone heritage". Since 2016, he has directed The Mercat de les Flors, a municipal theater that has become a benchmark for moving arts nationwide. Located in Barcelona, ​​as a consortium between the Generalitat de Catalunya, the Barcelona City Council and the support of the Ministry of Culture, it has three rooms in which it is programmed throughout the year. In addition, it is a place for the creation and activation of contemporary dance and circus projects, as well as a center for the dissemination of culture with specific programs in schools and institutes.

The renowned dance company La Veronal has just passed through the Mercat de les Flors. Its director, Marcos Morau, points out that companies need suitable spaces for the development of their creative processes: "Theaters and houses for dance that support their production and projection". According to him, "the subsidy and aid system sometimes puts creators in check who feel that they are late, or do not arrive". The choreographer, who a few days ago directed his work Sonoma in the Mercat, says that "there are many public theaters in Spain in which the dance program is practically nil".

In Bilbao, La Fundición resists, a space for the exhibition and revitalization of contemporary creation. According to Luque Tagua, its programmer, "it is not the same to dance from Barcelona as from London, as Belgian dance is not the same as Mediterranean dance. The light of the landscapes determines the way of looking. We have our own way of relating to our body, that is very valuable. ”Luque says that the public in each city is radically different and that his job as a programmer is to read the gaze of the visitor:" In Euskadi the public is curious because there is an effervescence, Bilbao is completely alive ".

The Community of Madrid, for its part, celebrates these days the Madrid en Danza festival, a project in which top-level shows and works can be seen until May. It is the case of Le Plancher, of the Chevy Muraday dancer. His company, Losdedae, had to suspend one of its most important tours months ago, that of Juana, a show in which Aitana Sánchez Gijón participated. Chevy assures that the precariousness in the profession "is absolute" and that the contemporary dance scene is going through "a difficult time." With Le Plancher aims to reflect on mental illnesses through a piece danced on a fifteen-square-meter piece of parquet. It can be seen on May 13 at the Carlos III Theater in Aranjuez.

Another company that will go through the Madrid en Danza festival is LaMov, directed by Victor Jiménez. "It was disheartening to see that we could not train as our body asked us to, that suddenly the plans were adrift and many shows were canceled," explains the artistic director. His company "had to resort to ERTE in order to survive." "Fortunately, I think for us the worst is over. We returned in July of the year with more desire and strength than ever. The pandemic gave us a lot to think about and beautiful things came out of it like our latest production: The lake". This piece, Victor Jiménez's version of Swan Lake It can be seen on May 7 at the Teatro Auditorio Ciudad de Alcobendas.

The dancer from Malaga Luz Arcas speaks to elDiario.es from El Salvador, where these days she presents her show The Annunciation: "We know that culture and art suffer especially from economic crises. They say that the worst is yet to come, and I do believe that when the economic cuts are carried out we can suffer a lot," he says. According to her "dance must be protected because it is a necessary art, which speaks to us of and from the body, which connects us with its contradictions, with pain and the joy of living; that physical memory is there, within us, buried by the violence of history, but anxious to see the light ".

On many occasions dance companies face ignorance. The spaces that can program them appeal to the lack of public so as not to promote the exhibition of contemporary dance. But without supply it is clear that there is no demand: if opportunities are not provided to perform dance performances, the public does not approach the dance.

"The look is educated", says Toni Jodar, creator and popularizer who has been explaining what contemporary dance is about for almost twenty years. On April 29 and 30 he will be at the Mercat de les Flors with his Dansa explains, a show in which he tells the story of "the main figures of dance". "I also tell how the movements and languages ​​are linked to the dancer who has created each technique." Like Isadora Duncan, "who at the beginning of the 20th century took off her shoes, shed her tutu and leotard and started free movement without feeling tight and tied." Toni Jodar points out that the great names in dance are not known as the great names in painting or music: "It would be great if dance had a place in art history books, but not even Carmen Amaya appears right now" .

Luque Tagua says that La Fundición not only shows dance, it also spreads it: "After each performance we do a talk and explain the keys to what has been seen." For the programmer "sometimes the bridges between creators and the public are broken because there is a certain lack of knowledge, it is a matter of educating their palate and providing them with tools".

For her part, Angels Margarit thinks: "We are a too mental society, but thinking is with the whole body. Dancing is thinking from the feet". According to her, "the body is working less and less." And he adds: "In a world of so much information and technology we only use our fingers and our heads, and this is going to harm us. Education should help us to embody, to digest with physical and creative experiences."