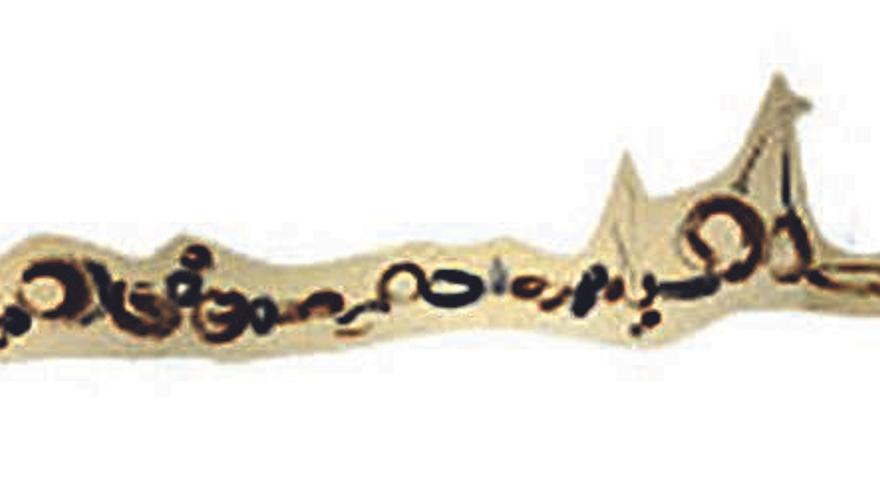 In the mid-1950s, Dámaso is in a happy moment of constant reflective study on various issues that concern him, while combining this creative whirlwind with what is regulated from the academies where he is technically trained as a painter. One of the topics that he deals with most in these young years is the Canarian identity due to the interest in the pre-Hispanic legacy of the Island. All of this is reinforced by the innumerable visits that the artist makes to the Canarian Museum, where he is fascinated by the peculiarities of Those objects that, found in caves, barns, ruins and tombs, had on our identity.

This idyllic transfer of the pieces to the Damasian canvas results in Ceramics of the Museum (1954). This composition was one of the most important assets to understand this creative period of the artist from Agaete. A large part of the works of this early period are executed from an abstract language and with certain expressionist overtones, whose aim was to unite the modernity that this artistic facet supposes in the visual arts of the moment, with something as primitive and mystical as the legacy Of our ancestors. Before all the creative staff of years of study, the realization of this mural Untitled arises for some offices on Calle Mayor de Triana in Las Palmas de Gran Canaria.

This piece was created in the first half of the decade of the sixties of the 20th century and was made thanks to a commission offered by the company Antonio and Carmen Gómez Díaz to the Gran Canaria architect Manuel de la Peña Suárez. The reform project of this business office, which later became known as Salinetas SA, would not correspond only to de la Peña, but the architect himself would invite Pepe Dámaso to join the project in order to make a mural to decorate the space. The Manuel de la Peña and Dámaso tandem was very frequent during the 1960s, where there was a close collaboration of both to carry out several projects of different types and functions.

The artist creates this mural in a very free way in terms of subject matter and format; in fact, he combines his interest in Canarian pre-Hispanic culture together with his own research on matters. In this way, starting with natural elements such as sand together with painting, the author unfolds a composition rooted in an identity theme, but always in pursuit of modernity.

This mural is made up of an eight-meter-long frieze that develops its layout in a linear fashion with some pinpoint ups and downs that border on the flamboyant. Likewise, a very harmonious abstraction is displayed that focuses on the protohistoric of its circumstance from the appearance of ceramic vestiges such as vessels, plates and other items that are shown around 105 semicircular, circular and trapezoidal shapes throughout the plane, as if it was a dance. Another point of view that is not out of focus on the subject in question is to be able to appreciate this dance of forms based on the symbolic goros used by the ancestors for different agricultural and livestock uses.

As Professor Luján Henríquez well expressed in the voice of Pepe Dámaso: ” I have to say again that I had to be faithful to my view of the insular. It is a condition that I have had since I was right. ” This lyrical union between our Archipelagic identity and art, has shaped man and his work for more than sixty years of artistic production where the spirit of the Canary Islands remains latent.

Soul of compositions that are unveiled before us today as an indispensable stronghold of yesterday, in an identity walk that does not stop and always brings radiant light towards the knowledge of the art developed in our islands.

May the influx of the Atlantic continue to accompany you, friend Pepe. Happy new return to the sun.