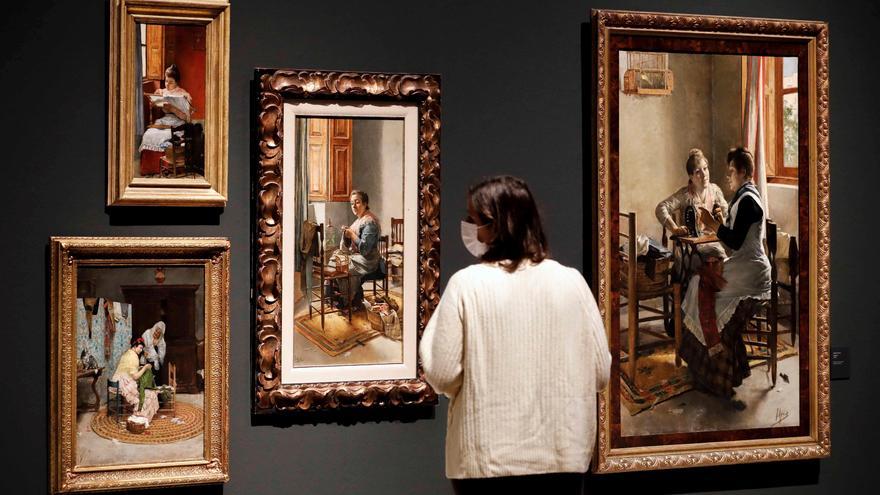 The Thyssen-Bornemisza Museum displays a part of the family’s decorative arts hoard Thyssen-Bornemisza with an exhibition that coincides with the centenary of its founder and that includes a twenty pieces of goldsmiths, rock crystal carvings and pictures on loan from his daughter Francesca.

The exhibition is the second that the gallery organizes on the occasion of the anniversary of its founder, who would have turned 100 this Tuesday.

‘Treasures from the Thyssen-Bornemisza family collection’, what can be enjoyed until January 2022 Distributed in the museum’s ancient art rooms, it is an opportunity to learn about one of Baron Thyssen’s lesser-known facets: that of a decorative arts collector.

Francesca Thyssen-Bornemisza, daughter of the baron, has loaned most of the works and this Monday was very excited about the exhibition: “The decorative arts were an important part of my father’s collection.”

The list of selected works is “very exclusive” and their selection “has been difficult,” explained Mar Borobia, an expert in ancient art at the Thyssen Museum and curator of the exhibition.

These are ten pieces of the highest quality of German and Dutch goldwork from the 16th and 17th centuries; two sculptures from the Italian and German Renaissance; three spectacular rock crystal carvings from the Italian Baroque; four oil paintings from various art schools from the 17th century, and an extraordinary traveling trunk, with sixty-six accessories, from the 18th century.

Baron Thyssen-Bornemisza inherited from his father “the spirit” of buying decorative arts objects such as sculptures, Renaissance jewels, furniture, enamels, tapestries or carpets, which were used to be installed in Villa Favorita to “contextualize” the important collection of family paintings, Borobia explained.

The baron inherited most of his father’s collection in 1947But some of it passed to his brothers -especially decorative arts-, and he tried to put it back together, but a large part, unfortunately, was lost, as Francesca explained today.

This was the case, for example, of the eighteenth-century goldsmith collection inherited by his brother Stephan, who lived in Cuba. “My father and mother traveled to the island to beg my uncle to go to Jamaica, but he refused and many of the treasures in that collection were lost during the Revolution,” he explained.

For the family this treasure is very important. It was part of the decor at Villa Favorita, the family’s Swiss residence.

Frances recalled how her father liked to have his collection of Nuremberg jewelery at his desk, to “see it every day”. “These works have been part of our day to day,” said the baron’s daughter, who has been running TB21, a contemporary art foundation for years.

Many of the works that are now part of this exhibition were already in the museum in the 1990s, as part of a loan from the baron when the museum opened until the early 2000s, Borobia recalled.

“My father’s generosity knew no bounds,” said his daughter. Not only because of her commitment, throughout her life, to bring together her art collection, and then wanting it to remain united and open to the public, but also because she always thought that art was “an agent of change”.

Tomorrow, on the 100th anniversary of the birth of Baron Thyssen, the museum, with open days until the weekend, has organized a dozen small concerts open to the public, with reduced capacity, with the Baron’s favorite music.

“He was a generous man in every way, so we want to pay tribute to him as a collector and as that great humanist that he was,” said Emilio Acevedo, managing director of the museum.