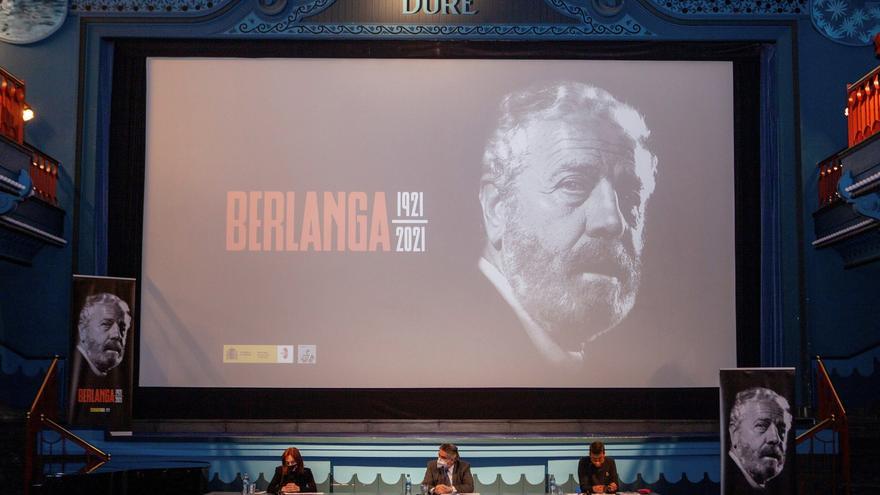 Madrid, Mar 1 (EFE) .- The Ministry of Culture today presented the activities planned to commemorate the Berlanga Year, among which a complete retrospective of his work at the Spanish Film Library and the restoration of his first professional film, “Esa happy couple “(1954), co-directed and co-written with Juan Antonio Bardem.

In addition, four current directors – Nuria Giménez, Fernando Franco, Elías Siminiani and Carolina Astudillo – have been commissioned to create a collective film based on the 15 minutes of discarded material that is preserved from “Paseo por una guerra antigua” (1948), a project that will see the light in 2022.

“The Ministry is going to pour itself into the celebration of its legacy,” the Minister of Culture and Sports, José Manuel Rodríguez Uribes, assured today at a press conference, underlining that the program, still open, will have a presence both inside and outside of Spain since Berlanga is “universal”.

The Berlanga Year celebrates the centenary of the birth, on June 21, 1921, of the Valencian filmmaker, director of titles such as “The Executioner”, “Plácido”, “Welcome Mister Marshall” or “The National Shotgun”.

And that will be the starting day of the retrospective at the Filmoteca, which will put Berlanga in a dialogue with other great films of the same period. “For years we have heard the slogan that his cinema was not understood abroad, the intention of the cycle is to demonstrate the opposite,” he stressed.

Josetxo Cerdán, director of the Spanish Film Library, has considered that “That Happy Couple”, whose 4K restoration will be presented at the next Malaga Film Festival, is “a fundamental film, the first card he plays in his career”, starring a Fernando Fernán Gómez whose centenary is also commemorated this year.

Also restored has been “The Death of the Woodcutter” (1962), a 28-minute piece that was part of an international collective film, “The Four Truths” that adapted the fables of La Fontaine, which shows a Berlanga “in full creative brilliance” and that very little has been shown, according to Cerdán.

On the other hand, work is being done to recover the Doré’s summer movie theater, headquarters of the Filmoteca, which bore the name of Berlanga and which had to be closed for various reasons in 2016. Cerdán does not believe that it will be ready for this summer but yes for 2022.

Other commissions underway are a text prepared by Bernardo Sánchez Salas, responsible for the theatrical adaptation of “The Executioner”, a campaign on social networks that will begin tomorrow and the collective book “Spanish Fury”, in collaboration with the Valencia Film Library.

Beatriz Navas, director of the Institute of Cinematography (ICAA) has explained that this body will be the “bridge” with other institutions in everything related to celebrating this centenary, such as the Film Academy or the Valencian Institute of Culture, and also in the field international.

Among these activities, the exhibition “Viva Berlanga, a history of cinema”, which will be organized in collaboration with the Valencian Museum of the Enlightenment and which will be traveling in nature, has stood out.

At the international level, Navas has advanced an itinerant cycle in collaboration with Acción Cultural Española, the Cervantes Institute and the Spanish Agency for Cooperation (AECID) called “Berlanga Today” and the celebration of an international congress on Berlanga at the University of Regensburg, in Germany, in addition to another cycle that will put Berlanga and Fernán Gómez in dialogue.

Rodríguez Uribes has finally recalled that Berlanga is the first of several filmmakers of that time whose centenarians will be commemorated in the next two or three years, among them Fernán Gómez, José Luis López Vázquez, Luis Ciges, Alberto Closas, Lola Gaos, Juan Antonio Bardem, Toni Leblanc or Lola Flores, a whole generation that has marked the Spanish audiovisual imaginary of the 20th century.

That, among others, has been one of the driving reasons for the proposal that Uribes will take to the Council of Ministers, predictably next week, to establish the celebration of Spanish Cinema Day every October 6, the date that corresponds to the official day of the end of the filming of “That happy couple” (1953).

Tags: Berlanga, culture, out of, Spain, will overturn, year