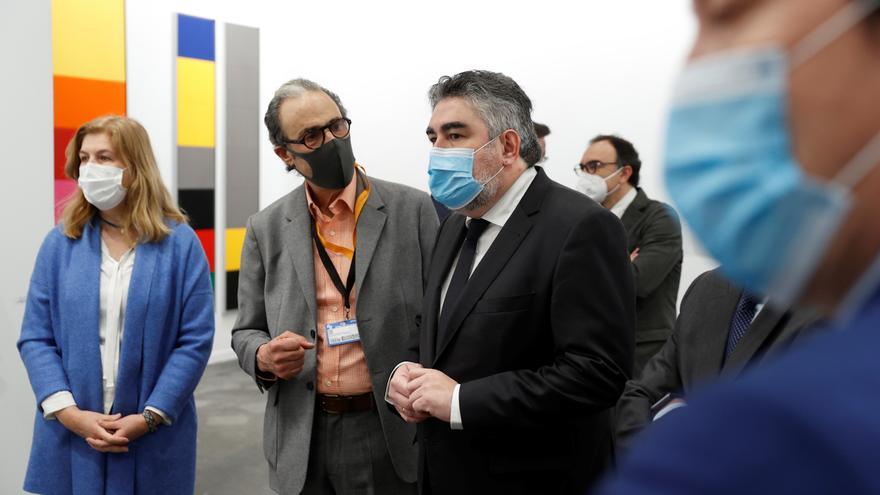 Madrid, Apr 8 (EFE) .- The Ministry of Culture has stopped the auction in Madrid scheduled for today of a painting on the hypothesis that it is a real Caravaggio to avoid his possible departure from Spain, as confirmed this Thursday the head of this department, José Manuel Rodríguez-Uribes.

The General Directorate of Fine Arts of the Ministry and the Board of Qualification, Valuation and Export of Goods met yesterday urgently to declare the painting as inexportable.

The Community of Madrid has also initiated at the request of the Ministry the declaration of Asset of Cultural Interest (BIC) of the painting. "With this double guarantee we make sure that he stays in Spain and that things can be done well," explained Rodríguez-Uribes.

According to the Italian newspaper "La Repubblica" today, the painting, which was initially attributed to a disciple of José de Ribera, is really a Caravaggio. It is an "Ecce Homo" from the seventeenth century, an oil on canvas, 111 by 86 centimeters and whose starting price was barely 1,500 euros.

However, according to the experts consulted by the newspaper, this Christ "has all the earmarks of being a discovered Caravaggio, and may open a new sensational chapter in the history of the cursed painter, who died at the age of 39, on July 18, 1610 on the coast between Lazio and Tuscany, waiting to be pardoned from the murder conviction. "

The Italian newspaper collects the statement of María Cristina Terzaghi, one of the first scholars of the seventeenth century master, who came to the Spanish capital to see the work and has no doubt that it belongs to the painter whose real name was Michelangelo Merisi.

This professor of Modern Art History at the Roma Tre University explains that "the purple cloak that Christ is dressed in has the same compositional value as the red one in the Salomé del Prado in Madrid", and that "this work maintains a deep bond with the paintings made at the beginning of the Neapolitan stay ".

The newspaper explains that the Spanish state's choice "to block the auction is clear proof that the new attribution is widely shared," although the minister has asked for time to verify the authenticity of the painting.

"In any case, it is a very valuable painting, hopefully it is a Caravaggio," Rodríguez-Uribes said this Thursday.

The Government wanted to act quickly to avoid the possible departure of the cadre from the country and thus avoid an event similar to the departure of another Caravaggio in the seventies, which was auctioned and is now in Cleveland (United States).

The Italian expert affirms that it is based on a certain fact and that is that the canvas has been in Spain for almost four centuries and portrays the same subject already faced by Caravaggio. As the documents point out, it is known that in Rome, in 1605, Caravaggio painted an Ecce Homo for Cardinal Massimo Massimi.

The same subject is inventoried in 1631 in the collection of Juan de Lezcano, ambassador of Spain to the Holy See, and marked by a very high estimate of 800 escudos.

The viceroy of Spain, Count of Castrillo, owned another original Caravaggio: the "Salomé with the head of the Baptist" who, together with "Ecce Homo", traveled to Spain with its owner in 1659, the newspaper reconstructs.

The first painting, included among the royal possessions as early as 1666, ended up in the Prado Museum, where it is still exhibited today, and the second, in all probability, is the one that emerged among the objects of the headquarters of the house of Ansorena art.

"That the owners have forgotten an authentic Caravaggio for centuries can be astonishing. However, it is not the first time this has happened. The most recent case is that of the Magdalene in ecstasy, attributed by Mina Gregori, dean of the Caravaggio chair , and inherited by non-expert collectors ", explains the newspaper.

In another Italian medium, the newspaper "Corriere della Sera", the art critic Vittorio Sgarbi acknowledges that he had proposed to buy it for hundreds of thousands of euros in the belief that it was a Caravaggio in order to bring it back to Italy, but that this Wednesday he learned that the painting had been removed.