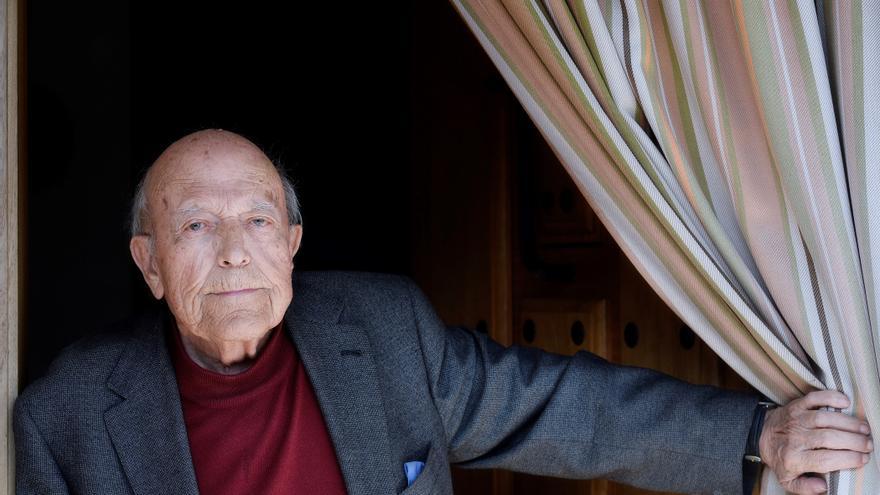 Soria, Jul 19 (EFE) .- The Instituto Castellano y Leonés de la Lengua, in collaboration with the Antonio Machado International Center (CIAM), has opened three days of study and recognition to the remembered José Jiménez Lozano, one of the writers most unique of the cultural scene of the twentieth century.

The general director of Cultural Policies of the Junta de Castilla y León, José Ramón González García, has participated in the opening of this meeting, together with the vice president of the Duques de Soria Foundation, Jaime Olmedo, and the deputy for Culture, Enrique Rubio .

González has stressed to journalists that the Junta de Castilla y León and the regional society owed Jiménez Lozano a tribute “in conditions”, which has been delayed in time due to the pandemic, after trying to carry out in July of last year in Soria.

“When we think of heritage in Castilla y León we tend to do so in buildings, but an important part of it is our artists and writers, who are just as important,” he stressed.

The general director of Cultural Policies has recognized that Jiménez Lozano is a unique character, “a great writer on the fringes of the literary circuits, isolated of his own free will even though he had his recognitions such as the Cervantes Prize or the Prize for Letters of Castilla y León , but that perhaps he has not had the necessary public recognition in his last years. ”

For his part, the philosopher essayist Reyes Mate, who has participated in the opening day with “Memories of a teacher,” has declared to EFE that Jiménez Lozano is a “singular character in Spanish history” with a “very own look, being able to interpret reality with long light and that allowed him to be free. ”

In addition, he has underlined his great intellectual capacity in a career where “he paid the price of a free intellectual profile, although little by little he was recognized, perhaps more political than intellectual. Spanish culture has to discover him.”

For his part, the writer Andrés Trapiello, another of the participants in this meeting, has pointed out to EFE that Jiménez Lozano can be defined as the person who wanted to be better without ceasing to be common, “the most difficult and the most you can aspire in life. ”

Finally, the poet Fermín Herrero, who has intervened on the opening day of the meeting with an intervention entitled “Fidelity to a poetic”, has described Jiménez Lozano as a singular author in Spanish literature, one of the most important in the world. 20th century, with a thought of a unique verticality.

“Another virtue of his is that he practiced all literary genres, except theater, and has a work as extensive as it is intense, which is very difficult,” he stressed to EFE.

In the meeting will participate in the next two days, among others, journalists Alfonso Armada, Carlos Aganzo and Jesús Fonseca, professors Guadalupe Arbona, Basilio Pujante, María Merino, Santiago Moreno and Francisco Javier Higuero, and the writer Enrique Andrés.