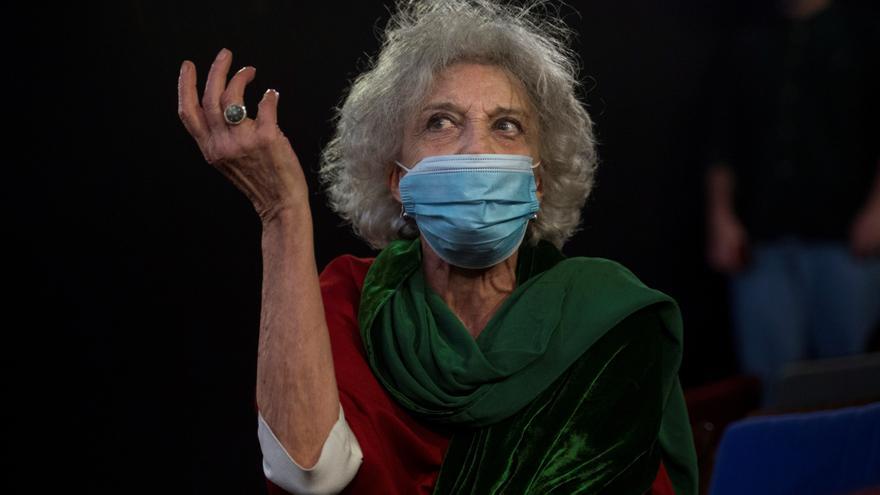 Cáceres, May 23 (EFE) .- The actress Marisa Paredes regrets, in an interview with Efe, that culture in Spain “has never, unfortunately, been valued, protected or loved” and adds that there has been no good minister or minister either. of Culture, except Carmen Alborch, “but that was a long time ago.”

Awarded last night with the San Pancracio Honorifico award from the Cáceres Spanish Film Festival, she assures that “these are positions that have not been concerned about culture, and the proof is that they are rarely seen in a theater or a concert.”

The actress (Madrid, 1946) acknowledges that she has worked a lot throughout her career since she made her debut in 1960 with a brief role in the comedy “Los economically weak”, by Pedro Lazaga, since her filmography includes more than a hundred Titles.

In this sense, she confesses that, once vaccinated, the pandemic has served her “to value life more” and that she has just been a grandmother “just a week ago” of a girl with a movie name, Telma, but regrets that the coronavirus has caused that it will cost “for the public to return to the theaters.”

At this point, he reflects on the massive landing of audiovisual platforms in homes, which has caused the COVID crisis.

“They are very well and provide work, but they cannot replace a theater,” says Marisa Paredes, who is committed “to making an offensive”, for which she needs “true support to rediscover what cinema is. Cinema is magic, adventure and knowledge ”.

In his opinion, “there must be an effort to transmit film culture” and he wonders “why Buñuel or Berlanga are not taught in school or high school, if the art of cinema is the one that best transmits history.”

Regarding the immediate future, he points out that “The Lost Letters”, an independent film that takes a vital journey through the missives of 13 Republican prisoners, is pending its premiere.

It is a fictionalized documentary, written and directed by Amparo Climent, whose narrative thread is a series of real letters from women exiled or imprisoned during the Civil War, whose cast also includes actresses such as Luisa Gavasa, Nora Navas and Alba Flores.

He explains that the film “has been made in a cooperative, no one has charged,” and laments the delay in launching a patronage law in Spain to promote cultural financing.

“It is very good to take care of culture, but culture does not exist alone; it must be disseminated, protected and helped. Because it is essential for the development of a free society ”, adds the actress, who recalls a phrase that Bernardo Bertolucci told her:“ Now there is no censorship, but there is a worse one: economic censorship ”.

The actress defends the “cinema committed and with a message” and to rediscover “the repression and the enormous injustice that was the Franco regime, because we forget the past; young people don’t even know who Franco was ”.

In this sense, he affirms that freedom is not just being able to have a beer, “it is something much more fundamental and necessary. Culture is freedom.”