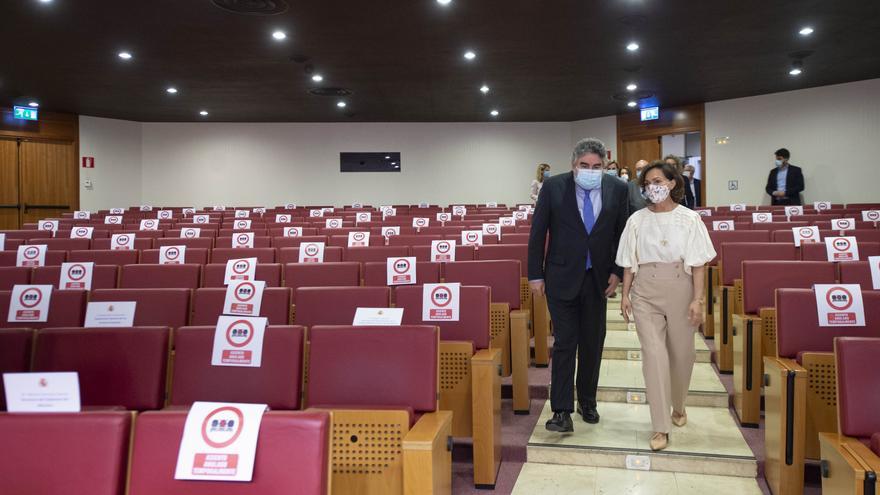 The Council of Ministers has just approved the draft reform that merges the Spanish Historical Heritage Law (LPHE), in force since 1985, with the Intangible Cultural Heritage Law, approved in 2015 by the PP without the consensus of the rest of the political groups . For three years the PSOE worked on the union of both norms, after the popular ones carried out that law whose ultimate goal was the protection of bullfighting as an intangible cultural asset.

Six years after the monumental row experienced in the Congress of Deputies, the Minister of Culture and Sports, José Manuel Rodríguez Uribes, has proposed a text under construction that “improves the definition of Spanish historical heritage” and extends its protection, in addition to “preventing, combating and punishing pillage practices more effectively.”

In essence, the Secretary General of Culture, Javier García Fernández, responsible for the adaptation and drafting of the new text (and creator of the 1985 one), has included the categories of property that were already included in the property laws of all the Communities Autonomous. In this way, it gives entry to all those heritages that were not contemplated in 1985, such as industrial, underwater, and cinematographic and audiovisual heritage. When the Law crosses through the rest of the ministries involved, it returns to the Council of Ministers and from there it goes on to its parliamentary processing (with the contributions of the groups), the new text will have defined what a Cultural Landscape is and will have created a new category: The World Heritage Site, which will be a higher category than the Cultural Interest Site (BIC) and which will apply only to the complexes declared Cultural Heritage of Humanity by Unesco. However, this idea has a problem: it is the Autonomous Communities that have the powers in the declaration. Will the Communities governed by the PP, for example, allow the Government to exceed its powers?

It will precisely be in the processing of the new rule where a culture war for bullfighting is foreseen. In 2015, Joan Tardá (ERC) already made it clear to the popular people that with the creation of the Intangible Cultural Heritage Law they only intended to appropriate powers to lift the prohibition of bullfighting in Catalonia or in other parts of the country. In the draft of the PSOE, as this newspaper has been able to know, there is no review of this point, but it may be a section susceptible to modification by the government partners, both ERC and United We Can. In fact, one of the intentions specified in this draft is “to end the regulation of the Intangible Cultural Heritage that the 2015 Law left with an imperfect treatment.”

Heritage is a social construction of identity, so delicate that it must contemplate and reconcile expressions that reflect the most disparate issues. For the PP, for example, tapas are an Intangible Heritage worthy of being part of the Unesco List. For the PSOE, you were drumming and ringing the bells. That is why cultural heritage is not outside of political values ​​and interests. Furthermore, requests are received by the Intangible Cultural Heritage section of the Ministry of Culture for God himself to be declared an asset of Intangible Cultural Interest. The creation of a state catalog that compiles all these assets declared by the 17 Autonomous Communities is still pending.

In addition, the new law will prohibit the Church “to alienate assets of cultural interest unless they are transmitted to the State or other Public Administrations.” It is a prohibition that existed on ecclesiastical real estate. The unauthorized use of metal detectors will also be prohibited to prevent the destruction of deposits. “Until now the detectors were prohibited only in a few Autonomous Communities,” says the text.

On the other hand, Javier García Fernández has also protected the margins of action of the State Law against the autonomous ones, after the fiasco of the alleged reform of the PP Heritage Law in Madrid, in 2013, paralyzed by the Constitutional Court when declaring eight unconstitutional articles.

In the chapter on prevention of the deterioration of heritage, the figure of Safeguarding Plans for monuments will be created, with the intention of “avoiding catastrophes such as the fire at Notre Dame de Paris. These plans were already contemplated in the National Plans, created in 1985. Along these lines, the Ministry of Culture wants the preventive conservation of cultural assets to be mandatory to prevent their deterioration.

And in the event of property damage, the future law will have perfected the infractions and sanctions regime. “They couldn’t always be applied well,” says the draft. “With the reform of the Law, cultural assets will have better protection measures, and at the same time cultural administrations will have more agile and more effective instruments to protect those assets,” concludes the draft.