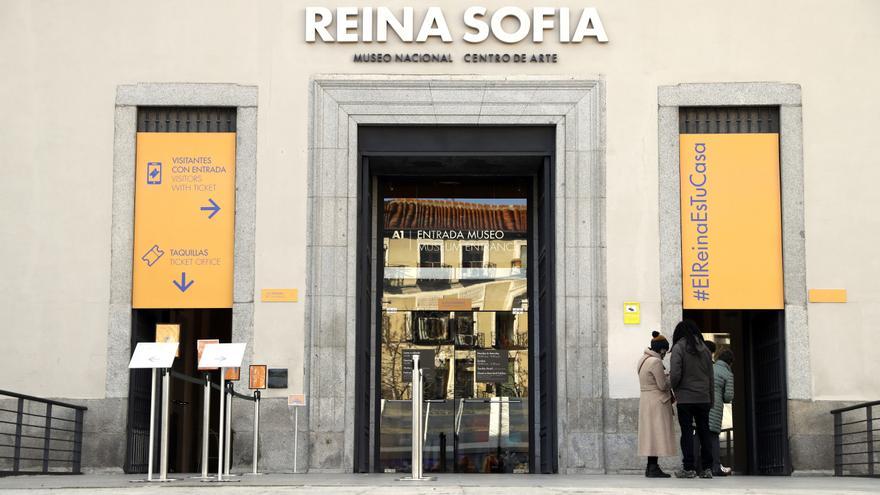 Miquel Iceta, Minister of Culture and Sports, has just made public the purchase of the archive of the dairy collector and entrepreneur José María Lafuente, made up of “more than 130,000 items”, including documents, magazines, letters, books, posters, catalogs and pamphlets. The minister has preferred not to clarify the amount of purchase of the collection for the Reina Sofía National Museum and explains that it will be necessary to wait for the approval of the operation of the Council of Ministers in the coming months. “The agreement is made”, said Iceta about the old aspiration of the director of the Reina Sofía, Manuel Borja-Villel, who since 2014 has tried to acquire said documentary collection.

“From what the director of the Reina Sofía museum tells me, this archive is very important. Without him we would not understand what happened from the fifties onwards, in Spanish culture. And we owe this to the interest of a collector who was obsessed with not losing that material", explained Iceta on the roof of the Reina Sofía itself, before the monthly meeting of the Board of Qualification, Valuation and Export of Goods of the Heritage.

The news of the acquisition has jumped during the celebration of the first press conference in 100 years of this organization that watches over the cultural assets of the Spanish historical heritage and that is one of the most opaque in the exercise of its functions. On this occasion it has been reported that in 2021 the investment in purchases for the State's public collections reached 5.9 million euros, a figure that "almost doubles that of the previous year". Fernando Checa, president of the Valuation Board, explains that most of the collection is “very important documentation”. “It is a very fragile collection due to the nature of the support of the pieces”, added Checa.

“The idea is that there is a center in Santander, which will form part of the structure of the Reina Sofía. But the collection is immense”, has clarified Miquel Iceta. To reach this agreement, an agreement must still be drawn up with the Santander City Council. "We want there to be a center in Santander and for the works to be available to all audiences and for part of the Reina Sofía Museum's collections to be exhibited in other places in Spain," says Miquel Iceta, pending the loan from the Lady of Elche from the National Archaeological Museum to the Elche Town Hall.

Until now, the stumbling block that has prevented the transfer of the collection to public funds has been the economic aspirations of the collector, with whom this newspaper has tried to speak. On his day, José María Lafuente already recognized that he could not afford to donate it and that is why he opted for the sale of that documentary archive, which has been cataloged over the years. In 2014, José María Lassalle, Secretary of State for Culture with the PP, proposed a purchase option similar to the Carmen Cervera operation: immediate delivery and payment after ten years. Miquel Iceta has not clarified the amount or the form of payment.

Eight years ago the museum simply pointed out that Lafuente's papers were of "incalculable value." In those days it was said that it was "the most important private archive in Europe" and that with it the museum would become "a documentary benchmark for Latin American museography."

The incorporation of the Lafuente archive became a reality yesterday, Tuesday, reports the minister for whom it is "very difficult to put a figure" on the archive and the economic aspirations of the Cantabrian collector. everything. If we had to pay for those 130,000 pieces one by one, there would be no money in the General State Budget to pay for that collection. It is very difficult to value a work of art”, the minister clarified, with the president of the Valuation Board to his left. “What is the original of a comic that marked the seventies worth, what is that worth?” asks Iceta rhetorically. "The negotiation has been established on other criteria, which are not strictly mercantile," says the minister, who thanks Lafuente "for his willingness to do so." “Collectors want the works they are collecting to be available to people. It is a titanic effort”, says Iceta.

In 2021, the Ministry of Culture invested 652,584 euros in the purchase of contemporary art for the Reina Sofía Museum. And they were 600,814 euros for the acquisition of pieces for the Prado Museum. For the state museums, the most significant operation was the purchase of the Crucifixion by El Greco, for 1.5 million euros, destined for the Museo del Greco in Toledo.

In addition, the goods that have obtained an export permit during 2021 were 28,836. The Board has granted temporary permission to 2,739 objects. Which doubles that of the previous year. This is a reflection of the return of international temporary exhibitions. Final exports totaled 19,121 objects, this amount represents the authorization of the largest output of heritage to sell in history. The previous record was held in 2020, with 12,986 pieces.