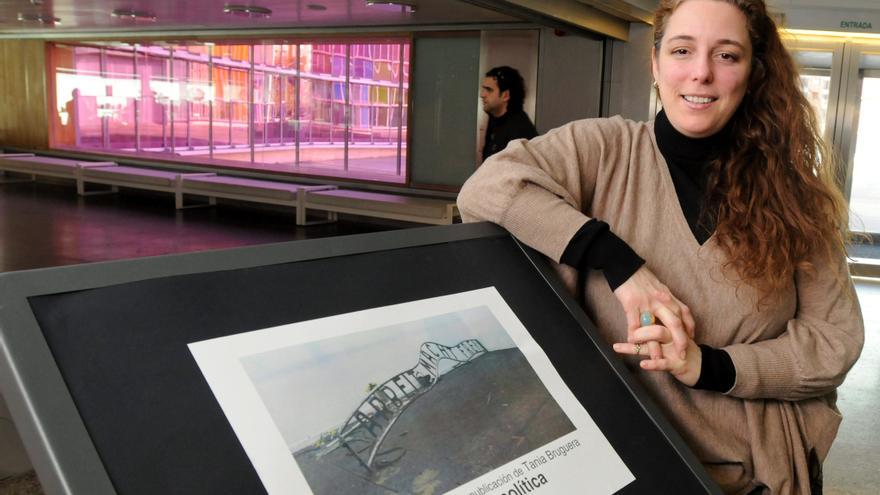 The artist born in Havana Tania Bruguera (1968), has deserved the Velázquez Prize for Plastic Arts that is awarded annually by the Ministry of Culture, accompanied by an endowment of 100,000 euros. His work as a political artist is developed in the field of performance, defends the intervention of art in society and its transforming power. In his works he deals with the issue of power and control. “Her defense of freedom of expression through her performances or her protests has led her on different occasions to direct confrontations with the established power,” according to a note from the Ministry of Culture, referring to the Cuban government. Bruguera was arrested last March in Havana and described the six hours that she was detained as “kidnapping.” Was also arrested multiple times in the past year.

The jury highlighted his “rigorous performative activism and especially attentive to socio-political contextual dynamics.” In addition, he has valued his “revision of the modalities of the art of behavior that suppose a dynamic of participation and questioning of the traditional ways of behaving in the public space”.

Bruguera was trained in Havana and the Art Institute of Chicago. He has participated in international artistic events such as Documenta de Kassel, which awarded her this year, and the biennials of Venice, São Paulo, Shanghai and Havana, among others, as well as in museums, galleries and art centers such as Tate Modern (London), Santa Monica Museum of Art; Boijmans Van Beuningen Museum (Netherlands), Wifredo Lam Contemporary Art Center (Havana) and New Museum (New York).

The jury has been chaired by María Dolores Jiménez-Blanco Carrillo de Albornoz, general director of Fine Arts and made up of the members María Soledad Sevilla Portillo, winner of the Velázquez Prize for Plastic Arts for the year 2020; Consuelo Vallina González, artist, president of the AC Union and the AAVA, at the proposal of the Union of Contemporary Artists of Spain (AC Union); Imma Prieto Carrillo, director of Es Baluard-Museum of Modern and Contemporary Art in Palma, at the proposal of the Association of Directors of Contemporary Art (ADACE); Fernando Castro Flórez, professor of Aesthetics and Theory of the Arts at the UAM, at the proposal of the Institute of Contemporary Art (IAC); Lars Jakob Bang Larsen, Director of Art Hub Copenhagen, appointed by the Ministry of Culture and Sports and João Ribas, Executive Director of the Roy and Edna Disney / CalArts Theater (REDCAT), Los Angeles, appointed by the Ministry of Culture and Sports.

The Velázquez Prize has been awarded since 2002 to Spanish creators or from the States that make up the Ibero-American Community of Nations. Antoni Miralda i Bou, Cecilia Vicuña and Soledad Sevilla have been the last three winners. Among the list of outstanding artists there is also Antoni Tàpies, Luis Gordillo, Jaume Plensa and Esther Ferrer.