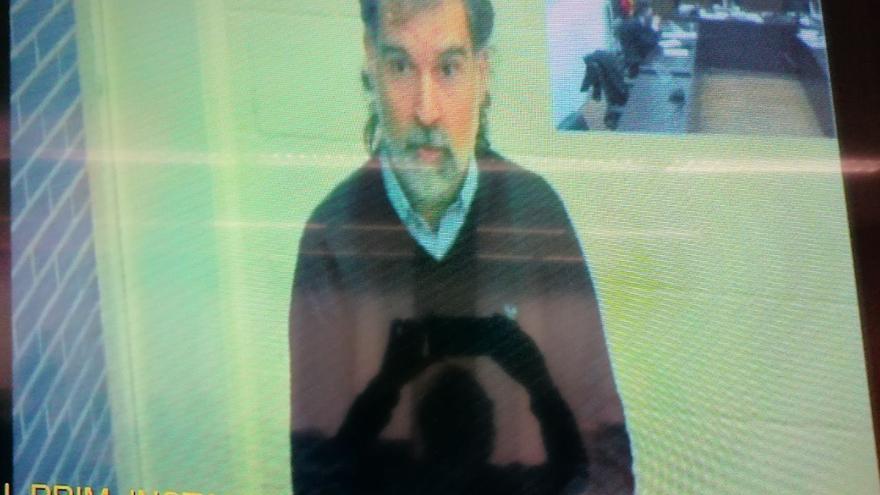 The president of Òmnium Cultural, Jordi Cuixart, has returned to testify this Thursday in a trial. But he has not done so as a defendant, but as a legal representative of the sovereign entity in the hearing on the lawsuit that a Civil Guard sergeant filed against Òmnium. The uniformed man claims 10,000 euros from Òmnium, which he accuses of violating his right to privacy and honor for using his statement during the trial “for advertising purposes.”

Directly and without restriction, Cuixart has accused the sergeant of “lying” and giving a “false testimony” in his testimony as a witness in the trial of the process that the entity used for a video. The Prosecutor’s Office has supported the sergeant’s thesis and has considered that Òmnium used his voice in order to publicize the entity, for which it has demanded that Òmnium pay the sergeant compensation of between 6,000 and 10,000 euros.

In his testimony in the Supreme Court on March 19, 2019, the sergeant assured that during the searches on September 20, 2017, he saw “a Òmnium flag”, but when asked by the lawyer Cuixart, Marina Roig, about what the flag was like The Civil Guard responded with a description that does not correspond to any banner of the entity.

Òmnium used the sergeant’s voice in his statement (his image was no longer issued by court decision) for a video in which he discredited the witness’s version, and in turn criticized the accusations of rebellion and sedition. “We wanted to denounce that the witness did not tell the truth, he was talking about a Òmnium flag but he did not even know how to describe it,” said Cuixart in his statement by videoconference from Lledoners prison, where he is serving a sentence for sedition.

The heart of the lawsuit concerns whether Òmnium used an aspect of the sergeant’s privacy (his voice) in the video to publicize the entity, win partners and, consequently, obtain a financial benefit. This is how the sergeant’s lawyer maintains that, in his final report, he has argued that his lawsuit “does not question the freedom of expression” of demnium but rather “the use of the voice for promotional purposes”, something that is done without the permission of the affected is prohibited by jurisprudence.

In his statement this Thursday, the sergeant has argued that he has not sued either the media or the tweeters who used his voice “to laugh and ridicule”, but has only taken action against Òmnium because, in his opinion, he has used it to attract partners. “He would have done the same with the PSOE, Citizens or the Red Cross,” added the sergeant, who also alleged that the dissemination of his voice endangers the operations in which he participates as judicial police: “Today I cannot trust myself that a drug dealer can not recognize me ”

Cuixart, Òmnium’s lawyer, Benet Salellas, and three workers of the entity who have appeared as witnesses have replied that the call to become a partner was not for advertising or economic purposes because the entity is not for profit. “Being a member of Òmnium is to defend the Catalan language and culture and the right to self-determination”, has settled Cuixart.

“Regardless of the final mention of ‘becoming a member’ of Òmnium, the right to information must prevail,” Salellas has added in his report. The Prosecutor’s Office disagreed with Salellas’s thesis, arguing that the video was broadcast to attract partners, regardless of the fact that Òmnium is a non-profit entity. “It was an improper use of the sergeant’s voice for publicity purposes,” the prosecutor has settled.

Salellas has also accused the sergeant of wanting to “chastise” and “censor” Òmnium, since he is demanding compensation but not the withdrawal of the video by the entity or the media that also released his statement in the Supreme Court. The entity’s workers have also explained that the video was not made by publicidadmnium’s advertising department, but by the communication department because the sergeant’s statement was “informative”. The trial has been seen for sentence.