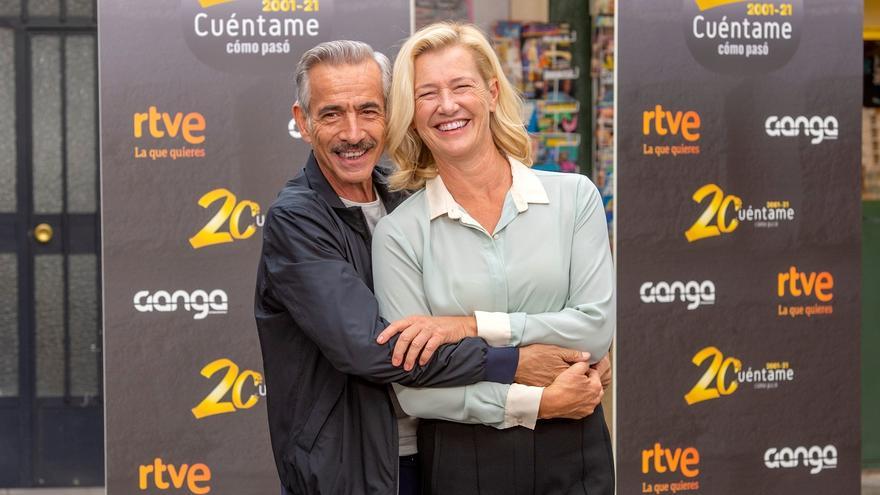 Madrid, Sep 13 (EFE) .- Only two days had passed since the most serious terrorist attack in history, but Televisión Española decided to maintain its programming and release, just twenty years ago, the great bet of that season, the family series “Cuéntame how it happened ”, a project that has ended up becoming the great icon of Spanish fiction.

And this Monday, with a great paella cooked in the fictional Madrid neighborhood of San Genaro, which has seen the Alcántara family grow, actors and members of the series' production team have celebrated their birthday and remembered their dawn that week in which changed the world.

"Twenty years ago today, two days after the attacks on the Twin Towers and many discussions, RTVE decided to maintain the broadcast of what was to be the star series of the season and which has become a myth", has told the deputy director of Fiction of the public channel, Javier García Díaz, through a statement.

Twenty years and twenty-one seasons later, “we can say that it is a success” and that “Cuéntame” “has changed the history of television in Spain and, of course, that of RTVE”, he added.

The series was born with the aim of telling the recent history of Spain through the Alcántara, a family that is already part of the popular imagination and that in fiction is headed by Ana Duato (Merche) and Imanol Arias (Antonio), who have suffered during these years the adventures and misadventures of any Spanish middle-class family with their four diverse children.

"Life has evolved a lot and" Tell me "too. That keeps her alive and so do we. We continue with even more enthusiasm than at the beginning, ”said Duato in the statement. The series, he added, continues "gathering everyone around the television because the important thing is to be together."

Two decades after the broadcast of the first chapter, "The Return of the Fugitive", part of the cast of the oldest and most awarded fiction on Spanish television has gathered in San Genaro to celebrate the milestone.

Along with Arias and Duato, their children in fiction, Pablo Rivero (Toni), Carmen Climent (María) and Irene Visedo (Inés) participated in the event, but not the one who started that first chapter as the center of the family and narrator of the plot, Ricardo Gómez (Carlitos), who left the series in 2018, in search of new projects.

Yes it has been his adult self, Carlos Hipólito, whose voice has been the narrator of the series and who in the last season has also appeared on the screen, since the plot has mixed "present" and future.

According to RTVE, “Cuéntame” is the only prime time series in the world written and recorded in Spanish that remains on air after two decades.

It is estimated that some 38 million viewers, 87.1% of Spaniards, have seen the series that will premiere its twenty-second season at different times in their lives.

Although when “Cuéntame” was released there was not even Facebook, today the most popular scenes in networks are the vintage scenes in which the actors sing Miguel Hernández; the family's first bath in Benidorm, with Mercedes' entry into the sea in chapter 226 or the reunion of Carlos and Karina in New York at the end of the nineteenth season.