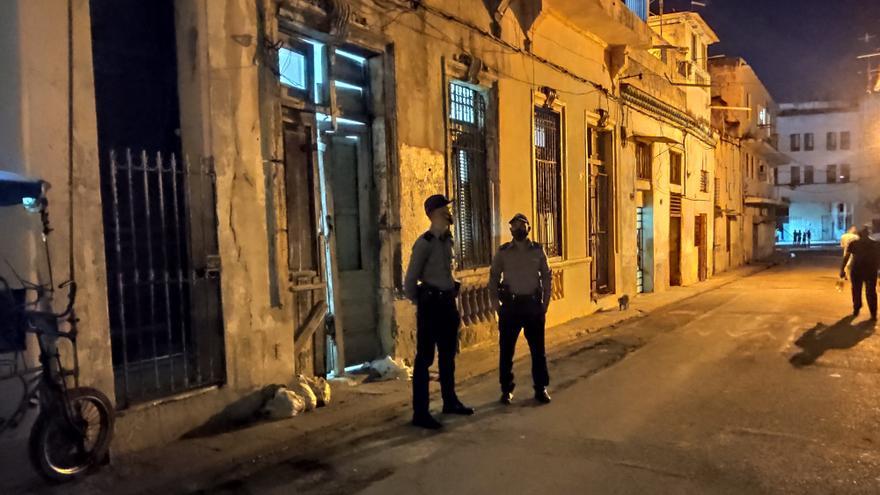 Cuban security agents on Thursday forcibly evicted the group of 14 dissidents, five of them on hunger strike, who were barricading themselves in a house in Havana, according to the opposition group Movimiento San Isidro - which groups artists, independent journalists and academics - and corroborated several witnesses at the scene.

The eviction of the opponents, some of whom remain unaccounted for after being transferred in several patrols, took place around 20:30 local time (1:30 GMT on Friday) on Damas Street, in the neighborhood of San Isidro in the iconic Old Havana. When Efe arrived at the scene after the events were consummated, there were two policemen guarding the door of the house and more than a dozen people on the street who identified themselves as neighbors or State Security agents.

Two neighbors who witnessed the incident assured Efe that the agents removed the activists "with blows", while another said "with violence." All the witnesses refused to speak further when asked to provide more details about what happened.

A man dressed in civilian clothes who identified himself as a State Security agent denied any type of violence in the eviction - he assured that it occurred peacefully - and told Efe that the forces of order took the opponents away because one of them it had "violated the anti-COVID-19 protocol."

In the mansion on Calle Damas, 14 people associated with the San Isidro Movement - one of the main opposition organizations created by dissidents in the field of art and culture - were voluntarily detained to demand the release of the young rapper Denis Solís, an anti-government activist who was sentenced to eight months in prison for "contempt".

"Agents of the dictatorship broke into our headquarters, savagely beat our comrades, took them away and we do not know their whereabouts. We fear for their physical integrity," the group reported from its Twitter account.

"We hold the Cuban Government responsible for the health of Luis Manuel Otero Alcántara, Maykel Castillo and the other strikers stationed at our headquarters," the Movement published on Twitter minutes later, which also "called for respecting the life and dignity of all detainees and set them free. "

Five of those who remained in the house were on hunger strike -three of them for eight days-, which has generated a strong international repercussion when numerous Cuban and global organizations, such as Amnesty International, in addition to the US Secretary of State spoke. .UU., Mike Pompeo.

The evictees were protesting the recent eight-month prison sentence for "contempt" of the amateur rapper and dissident Denis Solís, considering the judicial process illegal, although they are also calling for the closure of the controversial Cuban stores of basic products that pay exclusively in dollars.

The raid on the house of San Isidro and the arrest of the opponents coincided with the temporary fall of Facebook, Instagram and YouTube, inaccessible for about 40 minutes through the Cuban mobile network.

In recent days, entrenched activists used to broadcast live on the social network Facebook what was happening in the house, for which several Internet users attributed the mysterious blackout to an attempt by the Government to prevent images and videos of the eviction from being released in time real.