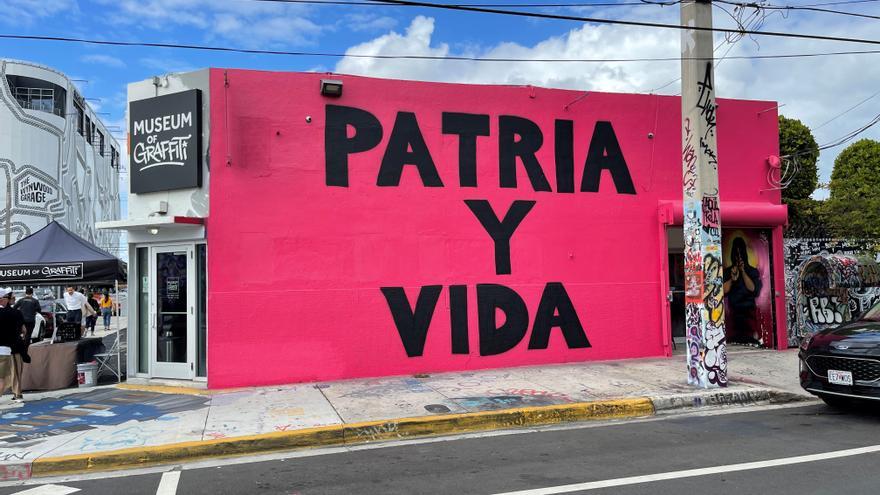 Miami, Mar 9 (EFE) .- The now famous slogan of the Cuban opposition “Homeland and Life” occupies a complete facade of the Miami Graffiti Museum (USA) since Tuesday, after the urban artist Jel Martínez complete the mural with spray paint “to help our Cuban brothers and sisters spread the message.”

Located in the heart of the Wynwood Art District, Miami’s busiest area, the mural features the words “Patria y Vida” from the “famous and controversial” song by a group of Cuban musicians from inside and outside the island, a An issue that went viral after being criticized by the Government of Havana.

“I felt it was important to show our support for the Cuban people and raise awareness about some of the most urgent social problems facing Cuba, from censorship to exile and through lack of food,” Alan Ket, a Cuban, said in a statement today. -American co-founder of the Graffiti Museum.

“We are reading stories about the seizure of radios and the destruction of similar murals, so we must use our First Amendment rights here in the United States to help our Cuban brothers and sisters spread the message,” Martinez said in it. release.

Its large “Homeland and Life” signs are painted in black on a red background.

From the title, antithesis of the regime’s motto “Homeland or death”, to the last word, the song is openly contrary to the Government of Cuba and its policies.

The video that accompanies the song has already reached more than 3.3 million views on YouTube, where it was released.

Last Saturday, the song sounded in a motorcade that went through the main streets of Miami.

Feminine stroke in the Chamber