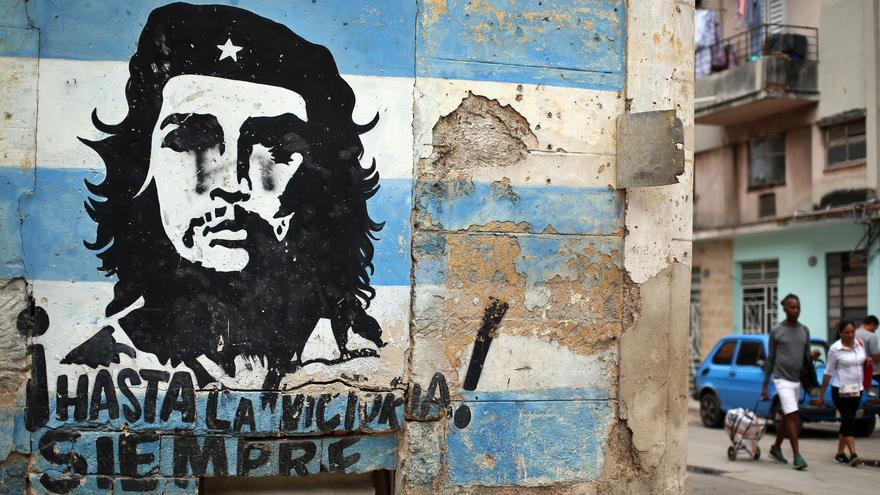 Miami, Mar 23 (EFE) .- The Cuba Archive organization has just launched a new edition of the book “The forgotten victims of Che Guevara”, which offers new data and testimonies about the propaganda campaign of the Cuban regime and the KGB to mythologize and give a romantic aura to the Argentine guerrilla.

María Werlau, author of the book originally published in 2011, provides in this second edition new photographs and an updated list of Che’s victims, as well as unpublished testimony about the summary execution by order of the Argentine of two brothers accused of being “snitches” .

Or the testimony of Mihai Pacepa, head of the Romanian intelligence services, who defected in 1978 and describes how, after the death of “Che” in Bolivia in 1968, the Cuban intelligence service and the KGB orchestrated a propaganda campaign in around the Argentine commander to “give a romantic revolutionary facade to Cuban communism.”

THE IMAGE OF CHE IN “CAPITALIST T-SHIRTS”

To do this, Che Guevara had to be turned into a “martyr of US imperialism” to the point that his image is still embodied in a myriad of “capitalist T-shirt companies and all kinds of paraphernalia,” Cuba Archive indicates in a statement. .

For Werlau, Che Guevara was a man “without mercy, a sociopath” to whom almost a hundred executions and shootings can be directly attributed in the fortress of La Cabaña and in the Sierra Maestra.

“Most of those shot had not committed any crime, only that of wearing a uniform (that of Fulgencio Batista’s Army)”, but the “plan secretly drawn up by the KGB and Fidel Castro” was to “create terror with imprisonment. and the mass executions, “Werlau told Efe on Tuesday.

“They wanted to impose a totalitarian model” and the only way to achieve it was to “instill terror in the population,” he said.

Che’s death and romantic iconography, according to Werlau, served to whitewash the image of the Cuban regime.

The portrait that Cuban photographer Alberto Díaz “Korda” captured in Havana after the triumph of the Revolution also contributed to this, which went unnoticed for years before becoming one of the most reproduced images in the world.

The Argentine, a fan of Rolex watches, continued to sign execution orders when he was in command at La Cabaña and presided over the appeal courts, a body that never commuted a death sentence, denounced the author of this book available in English and Spanish.

The romantic idea of ​​Che Guevara with his iconic images has a global reach, but lacks historical veracity, adds the non-profit organization.

And this publication contributes testimonial and unpublished photographic material to the extensive bibliography on Che who “has been so sparing about his victims.”

Among the stories published for the first time, the volume includes that of two tractor drivers who were shot after a summary trial that lasted no more than half an hour in a rice plantation in the town of Vertientes, in the Cuban province of Camagüey.

The man in charge of the batey reproached Guevara that “his men limited themselves to throwing a little dirt on top of those boys and the pigs came and ate their guts. You don’t do that! ‘”

“Guevara, who was in a good mood, just laughed and said, ‘Okay, old man, I’ll take your advice.'”

The book collects Pacepa’s comments in which he explains that the iconic image taken by “Korda” was presented to the world by an “undercover KGB operative and the writer I. Lavresky in a book titled” Ernesto Che Guevara, “edited by the KGB “.

Later, the Soviet intelligence agency spread the photograph of “Korda” throughout South America and used the Italian communist Giangiacomo Feltrenelli, a millionaire editor involved with the KGB, to “flood the world with the photo on posters and T-shirts.”

Cuba Archive recalls that, while Che or his famous image on a T-shirt is recognized worldwide, his victims are practically unknown.

As a general rule, “they were killed in the prime of their lives and left many orphans. The pain that Che caused lives in the hearts of those who have anonymously carried a traumatized silence – children who lost their fathers, mothers who lost his children, wives who lost the partner of their life-, highlights the book.

Mads Mikkelsen signs up for the fifth installment of “Indiana Jones”