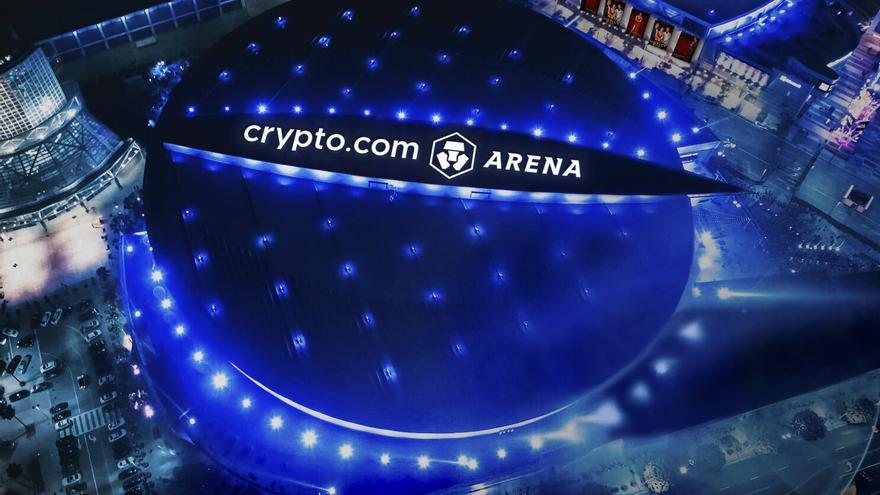 Fact one: One of the many consequences of the pandemic in the sports industry was the collapse of the sports sponsorships. Although it is difficult to establish accurate data, different studies figure between 15% and 25% the fall of the marketing income of clubs and competitions in the last year and a half, especially during the spring and summer of 2020. All of these agents have had to resort to creativity to minimize the impact on their accounts.

Fact two: Also during the pandemic, businesses related to the sale of cryptocurrencies have experienced a exponential growth. The development of technology blockchain that supports it, the popularization of platforms exchangeThe increased liquidity of the American middle classes due to pandemic federal government bonds and the reduction in the profitability of traditional investments have been pushing small savers towards these markets and their promises of high returns.

The union of both events has led to a third in recent months: the massive entrance in sports sponsorship of businesses linked to cryptocurrencies. As a maximum exponent, the agreement of the largest global platform for the sale of this type of assets to sponsor the Staples Center of the Angels: Crypto.com pay to $ 700 million for putting his name for the next 20 years to the mythical pavilion in which the Lakers and the Clippers (who will move to a new pavilion at the end of the season) of the NBA and the Kings of the NHL. It is the largest agreement of naming never signed in sports, exceeding the around 630 million that the bank paid in 2017 ScotiaBank for sponsoring for two decades the Air Canada Center from Toronto.

“Until recently, the world of cryptocurrencies was the revolution of a few, of the most initiated to the technological world, and now it is becoming something mainstream, within the reach of the general public, and sport is an ideal way to reach many people en masse. We also speak with Spanish soccer teams and seek to make alliances with pioneering companies that want to start in this world “, he points out Jose Luis Cáceres, Marketing Manager of Bit2me, the main Spanish platform for buying and selling digital currencies.

The one at the Staples Center is just one example of a reality that has already reached Formula 1, MotoGP, the UFC and a multitude of clubs and athletes from different disciplines, especially in the US, but also in Europe, including the Italian Serie A VAR referees. “Traditional advertising in sports is dead. No brand is linked to a sports project just to enjoy visibility. Now what is bought is the right to interact with the user, who seeks an experience that goes beyond the event in yes, and that the world of cryptocurrencies has understood very well, entering in an intelligent way, “he analyzes Carlos Mangado, an expert in sports marketing and sponsorship.

But how can these fledgling businesses spend so much money on endorsements? “The fixed costs of these companies are very small compared to other traditional sectors such as banking, insurance or airlines, which spend a lot of money on offices, branches and staff. exchange They can afford to spend so much on advertising because the rest of their costs are much lower. Are the new Google or Facebook, world giants, “explains Cáceres.

Match this interpretation Jose Javier Ruiz, technological expert and professor at the European University of Madrid: “The companies behind these virtual currencies are the spearhead of the digital transformation of companies. Their infrastructure is absolutely virtual, with some derisory fixed costs, so they take their entire budget into marketing. ”

“My fear is that brands linked to cryptocurrencies, in the long run, focus on supporting the big projects or clubs and leave out the small ones, widening the gap between ones and others. I believe that this risk of engulfment exists, unless agreements of a more global nature are reached that go through the sponsorship of entire competitions, such as LaLiga “, predicts Mangado, Osasuna’s marketing manager during the management of the first agreement of naming that there was in Spain, the sponsorship of The Sadar by the Navarrese government with the brand Reyno de Navarra.

The appearance of personalized club tokens is perhaps the most visible aspect of this change. Through various platforms (the most popular is partners.com), teams like Barcelona, Athletic, Valencia, PSG, Juventus or Inter they have developed private currencies, with limited issuance, whose value fluctuates. “They work as a kind of VIP passes that offer certain advantages or discounts when buying tickets, T-shirts or deciding on certain issues related to the entity. They go up and down in value depending on supply and demand if the team does better. or worse, “says Ruiz.

“A soccer team is what most people concentrate around the same purpose and cryptocurrency is still the same, the creation of a community around a purpose. The soccer fan, especially the one who moves between 35 and 45 yearsHe has understood very well what this is all about, he has lived through the internet revolution, and all companies seek visibility where we find it easier to explain our product. All the ingredients have been given for a union between the two worlds to take place “, adds the Bit2me executive. Or, as Mangado says,”the digital native relates to digital products“.

The token phenomenon has caused clubs like Valencia and Inter Milan to even display the advertising of their cryptocurrencies on the front of their shirts. A trend caused by the expansion of cryptocurrencies itself, but also by the legal limitations that bookmakers are finding to enjoy a presence in sports sponsorship, in which they have been a crucial agent in recent years.

In the background, there is also the debate about whether cryptocurrencies succeed the bookmakers only as a driving force in sports sponsorship or if they also do it as a risk game. Since Bit2me reject this last comparison, “it is A big mistake treat it that way “, and they draw the parallelism with the banks. For Ruiz, on the other hand,” the focus and the target audience is practically the same. ”

Another strategy of the cryptocurrency industry is the direct sponsorship of athletes. Some days ago, Andres Iniesta He uploaded a publication on his social networks in which he was seen with the page of the exchange Binance opened in a browser with the phrase: “I am learning how to get started with cryptocurrencies with Binance.” The National Stock Market Commission (CNMV) reacted with a tweet: “Hello, Andrés Iniesta, crypto assets, being unregulated products, have some relevant risks. It is advisable to read the CNMV communiqué of 2/9/2021 and educate yourself thoroughly before investing in them or recommending others to do so. ”

I’m learning how to get started with crypto with @binance #BinanceForAll pic.twitter.com/3Km58KrnPG

Hello, @ andresiniesta8, crypto assets, being unregulated products, have some relevant risks. It is advisable to read the statement from @CNMV_MEDIOS from 2/9/2021 https://t.co/SWRF73xEJj and educate yourself thoroughly before investing in them or recommending others to do so

For the moment, however, the CNMV has not stopped the advertising of cryptocurrencies and the products related to them. The circular regulating this matter should be ready during the first quarter of 2022, almost a year after the Government entrusted this work to him before the current legal vacuum and that Bit2me itself revealed a few months ago, wallpapering Madrid with advertising.

“The CNMV has been very smart to take advantage of Iniesta’s tweet for its own interest, which is everyone’s: remember that cryptocurrencies are very risky, speculative investments in which no one other than an experienced investor should invest “, says the professor at the European University of Madrid. A different vision than the one presented by the Bit2me marketing manager: “We must be skillful with innovative companies Spanish and European, because we are in a global world, and putting obstacles to them will only benefit the US and Chinese, the most powerful. ”

This is a controversy, that of the absence of regularization of this industry, which exceeds the scope of sports sponsorship, but which affects it fully, since the evolution of this association will depend on the legislative framework that develops (or not) around them. “We can see agreements similar to that of the Staples Center in Spain in two or three years. Everything will depend on whether or not the authorities cut the wings of these companies,” says Ruiz.

“I believe that we are not so close to seeing large-scale sponsorships in Spain, because I believe that if that happened, the regularization by the administrations would accelerate to the maximum,” Mangado replies. “Maybe in the future we will see LaLiga Bit2me instead of LaLiga Santander, in the end the exchange we are the banks of the future and we are already seeing traditional banks, such as our own Santander or BBVA, seeking alliances with the crypto world because they have not been able to stop it “, Cáceres sentence, which coincides somewhat with Mangado:” The phenomenon of cryptocurrencies is unstoppable“.