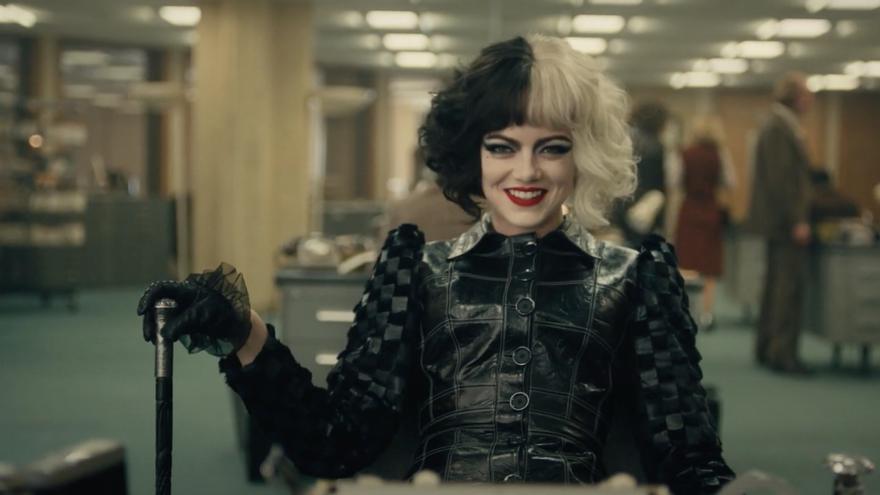 On paper it couldn’t sound more ridiculous. The animated canon of Walt Disney Productions is full of famous villains, usually with a musical number that serves both to establish their motivations and to consolidate the perverse seduction they engage with the public. But among all this pantheon of evil two figures shine with their own light: Maleficent, enemy of Sleeping Beauty, and Cruella De Vil, who wanted to make a coat by mediating the murder of the 101 Dalmatians. They are the main faces of the classic stage of Disney animation and both have a fireproof charisma.

Charisma endorsed based on anthological sequences – Maleficent breaking into Aurora’s christening – or, yes, songs, with that “it’s all a fright / it’s worse than Satan” that they sang in 101 Dalmatians. Villainy is an indivisible part even of their names: the adjective “maleficent”, the prefix “cruel” that we can separate from Cruella …

Who in their right mind would try to redeem these characters? How could it turn out right? Well, in recent years Disney has already achieved it through two of its most valuable live action films: Maleficent, released in 2014, and Cruella, which has just hit theaters (and at Disney + at an additional cost). It is worth asking how it was possible.

It is usually labeled as Disney Renaissance to that phase of its trajectory that –starting with The little Mermaid in 1989–, he restored the prestige to his animated division after several decades of creative uncertainty, channeled through the death of Walt Disney in the mid-1960s. Renaissance is the one marked in the 1990s by titles such as Beauty and the Beast, Aladdin or The Lion King, characterized by their attachment to the Broadway show and a cunning adaptation of classic stories.

Also, although they were initially given in a very discreet way, the Renaissance marks the first glimpses of Disney’s self-awareness about his own imaginary. The Genie disguising himself as Pinocchio or Pluto in Aladdin. Zazu interpreting A small world is on The Lion King, echoing the Disneyland attraction where this theme sounded. These are minute details, gestures facing the gallery, which nonetheless expressed an intimate understanding of the factory’s hegemonic place within pop culture. One that would only grow in the following years and would end up exploding in Haunted. Giselle’s story.

In this 2007 comedy –whose sequel recently went into production-, the meta wink became a direct sanction of the fairy tales that had so nurtured the Disney classics. A cartoon princess leapt into our world with Amy Adams features and a naivety that could serve both to demolish aging clichés and ultimately defend the up-to-date existence of these same clichés. Of course, the eager search for a prince charming was old, but were we going to stop believing in magic for it?

Disney even then defended a balance. For its fit within the new sensibilities, slight, cosmetic modifications were enough, which substantiated the ironic joke while confirming that its underlying spirit could continue to be useful and inspiring. Frozen He made fun of romantic love in 2013, but only that involving an arrogant prince: his true revolution happened because the axis of the story was no longer this type of love, but one of a brotherly nature. The love of Elsa and Anna, the love of two sisters, which led to one of the biggest blockbusters in its history.

Disney revisionism has been constant in recent years and has welcomed multiple expressions outside of the corporate settings that they champion. missing from Song of the south or the disclaimers accumulated in the Disney + catalog. Christopher robin he questioned childhood nostalgia. To meet mr. Banks wanted to polish its founding myth changing at will the true story of how he got along Mary Poppins to the movies. The remake of Dumbo had as a villain a capitalist machine reminiscent of the brand’s theme parks. Y Frozen ii it went so far that it addressed postcolonial guilt.

However, in all this new vintage there has been no more exciting title than the aforementioned Frozen and, in direct relation, Maleficent. Why? Because they weren’t limited to modernizing their arguments with the inclusion of diversity or feminist tweaks, but they changed their own DNA based on the emotions and affects they wanted to explore. The brotherhood / sisterhood of Frozen they gave way within the film starring Angelina Jolie to motherhood and a furiously feminine pain, which emanated from betrayal at the hands of the patriarchy. The same one who, in an easy but effective symbology, had ripped off his wings.

Maleficent relied on the ingenuity of the screenwriter Linda Woolverton – present in the scaffolding of the first versions of Beauty and the Beast Y Mulan– as well as certain ideas from the musical Wicked around changing the focus of a known story, to strengthen a very powerful proposal where to give an origin to the villain of Sleeping Beauty it was the least of it. Maleficent didn’t want to just be a prequel to Sleeping BeautyRather, his goal was to start a dialogue with her, regardless of supposedly untouchable motives.

The new “true love kisses” that close so much Frozen What Maleficent thus appeal to a revisionism much more interesting than any change remakes in real image with respect to the starting material and which seems to come out to Disney today. This new revisionism is hooligan, authentically iconoclastic, and seeks its own expressiveness. It is the one that cements a movie like Cruella.

The case of Cruella De Vil is even more special than that of Maleficent, because it is not the first time that she has experienced a transfer live action. At the end of the 90s – when Disney’s conscientious look at its own past had already given rise to films such as Back Home: An Incredible Journey or The jungle book by Stephen Sommers -, Glenn Close played the famous villain in a new version with all the law of 101 Dalmatians. His performance was so memorable that he not only inaugurated the first large remakes from Disney, but was dragged on into something the animated original never had: a sequel.

102 dalmatians It had a very suggestive starting point: Cruella left prison believing that she had been rehabilitated, without any intention of going back to her old ways. However, evil – or, in this context, Disney’s unchanging, official story – was a slab from which he could not rid himself and ended up returning to the wrong path. Cruella, with a plethora of Emma Stone replacing Close, he can fly freer than 102 dalmatiansThanks to how much the relationship of the House of the Mouse with its past has changed in twenty years.

The past can condition, but it can also be betrayed and recontextualized in order to subscribe to new purposes and concerns. Many elements of Cruella they insist that, as happened in Maleficent before her – not so much in its forgettable sequel, Maleficent: Mistress of Evil-, the original film is just an iconographic setting. Unsurprisingly, she is full of winks to the 101 Dalmatians of 1961, but each and every one of them has a twist incorporated: something that radically changes its original meaning.

The easements towards the animated classic are so diluted that it is not even acceptable to compare Cruella with Joker, as there were those who wanted to do when the first trailer was released. Although Todd Phillips’ film established a prudent distance with the DC Universe, it did not stop maintaining aesthetic debts and consecrated elements such as the death of Bruce Wayne’s parents. Cruella it also gets rid of such a dependency. In fact, he cannot properly say that it is the origin story of a villain, because this Cruella is not exactly the Cruella we knew.

The film pursues its own entity and achieves it in various ways. Craig Gillespie’s management confirms it after Me, tonya like one of many Martin Scorsese students not very savvy, but with intuition for the enjoyment of the public. Your link with The Devil Wears Prada – sought from the very presence in the script of one of the architects of this remembered film, Aline Brosh McKenna – is endorsed by dialogues of a surprising vitriol by the standards of the company. While its setting in London punk of the 70, although it converges in an absolutely unbalanced mass of famous songs, it also succeeds in giving it distinction.

The only thing that can detract from an experience as satisfying as Cruella is that this jolt of expectations does not lead to anything really transgressive, as it did in Angelina Jolie’s film. Instead, Gillespie’s film is content to be a celebration of the mutant possibilities of pop, which in itself is no less important: this celebration contains the secret of why Disney is going to manage to continue leading the way. mainstream for at least twenty more years.