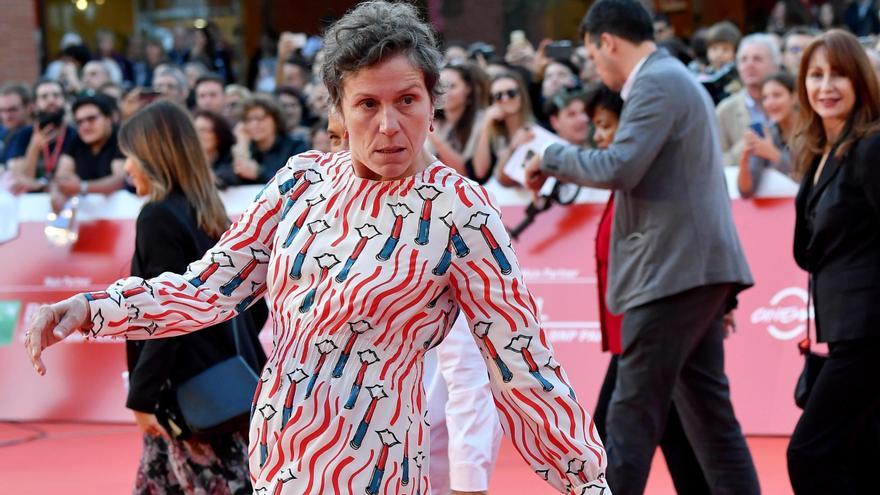 Los Angeles (USA), Dec 21 (EFE) .- There are still more than four months left in one of the most atypical Oscar races in memory, but the associations of American critics have recently promoted the film ” Nomadland “as a favorite for the Hollywood Academy statuettes.

“Nomadland” took home the best film of 2020 from the Boston Society of Film Critics (BSFC) and the Chicago Film Critics Association (CFCA).

Additionally, “Nomadland” was a finalist in that same category of the Los Angeles Film Critics Association (LAFCA) awards.

The case of the Los Angeles awards has its crumb as they chose “Small Ax” as the best film of the year, a television series made up of five films directed by Steve McQueen and which, except for last minute changes, will be able to compete in the Emmys but not at the Oscars.

The options of “Nomadland” in the great cinema gala are even clearer in the section of best direction, since the Chinese director Chloé Zhao made poker in this category when she won in the awards of the New York Film Critics Circle ( NYFCC) and those of his colleagues in Los Angeles, Boston and Chicago.

These accolades are in addition to “Nomadland’s” successful passage through the festival circuit, where he won the Golden Lion at the Venice Film Festival and where he also won the Audience Award at the Toronto International Film Festival (TIFF).

Starring Frances McDormand, “Nomadland” tells the story of a woman who hits the road in the United States to live in a motorhome after losing her job and her husband.

Another name that figures with more and more weight for the Hollywood awards season is that of Chadwick Boseman, the star of “Black Panther” (2018) and who died in August at the age of 43 due to cancer.

Thanks to “Ma Rainey’s Black Bottom,” which was his last film, Boseman posthumously won best actor awards from critics in Los Angeles and Chicago.

He also won critical awards in New York, which instead awarded him best supporting actor for the same film.

As for actresses, Sidney Flanigan (“Never Rarely Sometimes Always”) asks for passage after winning the award for best female performer from critics in New York and Boston.

From there, the situation is more uncertain with many films and artists looking for space.

The Boston critics gave the best actor award to a veteran like Anthony Hopkins for his role in “The Father.”

The 93rd edition of the Oscars will be held on April 25, 2021 after being delayed for two months, like the rest of the Hollywood awards, to adapt to the exceptional context of the pandemic that has kept theaters closed for months.

For this reason, the Oscars will also allow films that have only been released on the internet to be eligible for the statuettes.