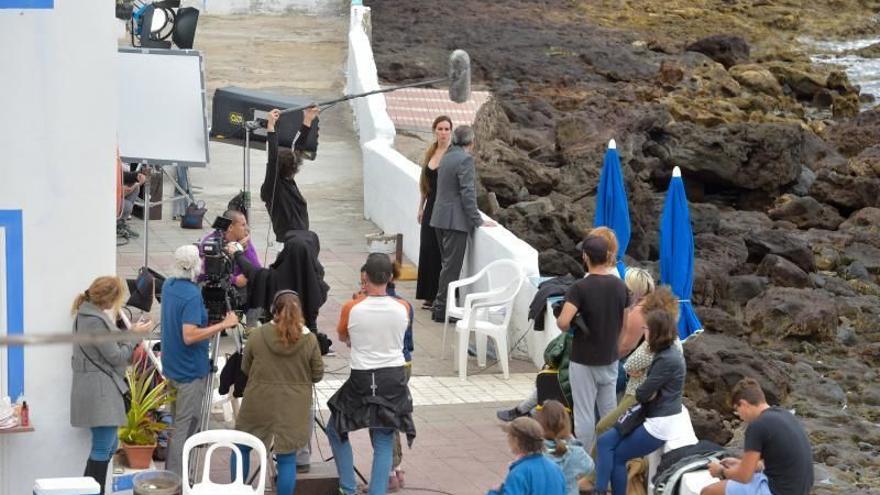 Said association, currently made up of 60 partners, maintains that, in addition, this service “produces audiovisual works that compete in the private sector, without undergoing any type of public competition process.” This was sent in a communication addressed to the Minister of Culture of the island corporation, Guacimara Medina, who in turn responded to specific accusations directed, in the first place, to the production of the documentary Time is ours, directed by the filmmaker Alba González de Molina, current delegate of the Association of Women Filmmakers and Audiovisual Media (CIMA) in the Canary Islands, “without passing any competitive competition process”.

This documentary project was born from an artistic residency experience in Gran Canaria Espacio Digital (GCED) called Imaginary Laboratory, with the participation of 27 creators from the Canary Islands under 35 years of age. “The Laboratory process is a training-creation work that causes creative synergies among its participants,” explains Medina in his defense, who added that “said documentary is a constitutive piece of the Laboratory and a tool for the dissemination and permanence of the activity carried out, the promotion of the work of its participants and an instrument for exploring the processes of artistic creation ”.

Secondly, Audiovisual Plural de Canarias has also consulted Medina about the 14,738.58 euros that Ulises Adrián Morales Martínez, son of the head of Audiovisual Culture of the Cabildo de Gran Canaria, Sergio Morales, received between 2018 and 2019 from the budget of this area for work Technical service for the reproduction of the light effect of Cave 6 of Risco Caído in the reproduction that will be installed in the Risco Caído Intervention Center in Artenara.

In his response, Medina pointed out that the coordination of the Risco Caído Cultural Landscape Project and the Sacred Mountain Spaces for its declaration as UNESCO World Heritage, approved by the Governing Council, was assigned to José de León Hernández, belonging to Historical Heritage, “And it is in this framework where the minor contract awarded to Mr. Ulises Adrián Morales Martínez is framed, without the Ministry of Culture (that includes the Audiovisual Department or Centro Gran Canaria Espacio Digital), intervening in his hiring”.

However, from the association they propose a series of measures for the audiovisual in Gran Canaria, which involves providing “at least the same amount of public aid to the calls in Gran Canaria”. “If the current policy is followed, at the end of the legislature, the deficit of Culture of Gran Canaria in terms of support for the island’s productions will have increased to 1,450,000 euros,” they say.

In addition, they have presented an appeal for reconsideration, currently in process, against the final resolution of the 2020 Cabildo aid.