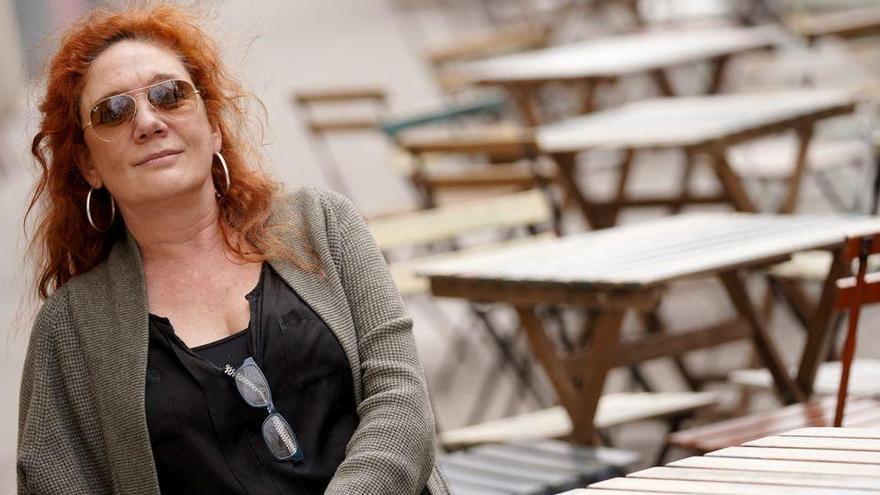 Cristina Fallarás (Zaragoza, 1968) firmly believe that when the story is told by women, everything changes. Therefore, in ‘The Gospel according to Mary Magdalene‘(Ediciones B) brings an unpublished vision to the biblical canon from a feminine perspective. The journalist and writer embarks on the exciting adventure of challenging the Church’s version through a revealing story in which sisterhood and the spirit of change beat from a historically stigmatized character.

– Why did you want to revisit the figure of Mary Magdalene?

– There are Three fundamental women in the Bible that obsess me, and all three are sexualized. Eva was the whore who gave Adam the apple, and from that moment on the idea of ​​women as guilty of all evils is generated. The Virgin Mary is a virgin, an example of purity that none of us can achieve. Again, generator of guilt. And Magdalena was missing. When Pope Francis managed to banish her consideration as a prostitute to consider her Apostle of the Apostles, that is, the boss, it gave me a lot to think about. The Dead Sea Scrolls had already been analyzed and it was known that this woman was not only cultured, but also rich. All this coincided with one of the axes of the feminist strikes, that of care. And there I began to think about the economic role of women, unpaid, of course, which has to do with hygiene, home, the private sphere and especially food.

– Why do you think the idea that Mary Magdalene practiced prostitution has been perpetuated in the Christian imagination?

– The Christian tradition said that Jesus Christ was accompanied by prostitutes. It’s not true, they were women. But They needed to call them prostitutes because that’s how they ignored them and they had to be redeemed. Again the sexualization and the economic aspect.

– What has it been like to write a historical novel? Have you had to document a lot?

– When they called me from Random House to order me the novel I told them: you know that I do not write a historical novel or study to write. And boy did I have to study! Until the climate, the fishing production of Magdala, Capernaum and Bethsaida. And it was precisely this that gave me an important key to the novel, the miracles. Multiplication of loaves and fishes? And shit, it was a fishing and canning area, logic fell under its own weight. The important thing was to tell the story from this woman’s point of view, and it turned out that if you take the Gospel of Mark and read it from that perspective, everything fits.

– How did you find the voice of Mary Magdalene?

– It was the hardest. I spent a month doing tests and it was important that his voice emerged from old age, because when you are older, you no longer need to seduce, you can be you and tell the truth. At first everything came out a little furious, because I am a little furious, and I said to myself, I don’t want to write from hatred, from anger, I want to build a nest where I can take refuge. And that changed everything.

– The word that is repeated the most in the book is “idiots”.

– All the time (laughs). He says it about Salome, Mary, Paul, Peter, the Nazarene, but above all about the idea of ​​choosing death over life, because finally everything has been built around that, the entire society.

– It is inevitable to establish connections with the present. Did you keep that in mind?

– We could liken Jesus Christ to Ché Guevara who started a revolutionary movement. He is a messianic character who carries madness with him, which has to do with glory, with the idea of ​​remaining in memory.

– We could also relate it to ‘fake news’, due to the fact that some Gospels have perpetuated erroneous ideas.

– Sure, but like everything, for economic reasons. They did Paul of Tarsus, Peter and then the Catholic Church to the beast. An adulterated message was promulgated in front of what could have been, that of the Gnostics, that of Magdalena, that of the Apocryphal Gospels. Against agnosticism an economic system was created.

– You received a Catholic education, what has it been like to reconnect with that whole world?

– I had it pending. In the previous book, ‘You will honor your father and your mother’ (Anagram), let’s say that I adjusted accounts, I checked for my own construction what my family was, where I came from and where I belong. And those questions led me to my education, because from the age of two to eighteen I was in schools for nuns and priests. In fact, I am a Marxist because I am a Christian, for the same reasons: the redistribution of wealth, the fight against injustice, care for the underprivileged. I have reviewed my family, my beliefs and now I have sexuality, which I leave for another book.

– Was there something you wanted to specifically denounce when telling the story from a female point of view?

– Wanted to leave evidence of violence, record all the mistreatment that women suffers (social, health, cultural, educational, judicial). When I launched # Cuéntalo, an international phenomenon that encouraged millions of women to relate the attacks they had suffered, I realized to what extent we have all suffered some type of sexist violence, I include myself. It was also very significant that no man joined. Nor do they call demonstrations against sexist violence when it is an issue that affects them, we only suffer it. So this book is an exercise in reviewing the male through the root of his violence.

– Social networks have allowed Franco to be exhumed, the monarchy to be called into question, that Podemos exists, #MeToo, # Cuéntalo. That is priceless. And that journalism be corrected, that they put the batteries and stop covering up the truths. Suddenly a melting pot of anti-racist, feminist, republican, LGTBIQ + movements has appeared that did not have access to capital, because those who have the money are only interested in perpetuating the system.

– And the negative things?

– Who have opened the tap of the wildest violence. It’s open season. And the charge of anger towards women is especially notable. I have been a political analyst for years and practiced my profession normally. Now every time I open my mouth, they insult me, and not only on the internet, but also on the street. What happens on the Internet is a reflection of the street, let’s not forget, and not the other way around. What happened? A most perverse thing: I have come to measure my words. I force myself not to censor myself, but I do spend a lot of time being alert.

– Why do you think everything has been radicalized?

– Because we have touched untouchable things and there is a reaction against that. Who was going to tell us that there would be so many far-right deputies in Congress, it’s incredible. And the worst thing is that their great victory is to go against women, call us feminazis, murderers of children. They are pure violence, and we are exposing them.