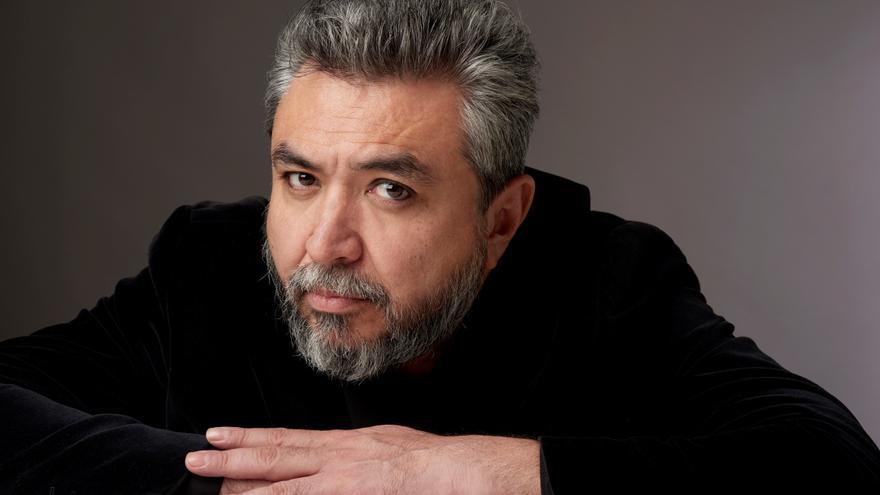 The Chilean-Argentine writer Cristian Alarcón has been awarded the 2022 Alfaguara Novel Prize, endowed with 175,000 dollars (154,000 euros) and a sculpture by Martín Chirino, for the work 'The third paradise', in which he mixes love for nature with history and family stories.

A jury presided over by the writer Fernando Aramburu made its unanimous decision public this Thursday in Madrid, on the 25th anniversary of the award, and highlighted "the narrative vigor of a beautiful novel, with a dual structure".

Set in various locations chili Y Argentina, the protagonist of the novel"reconstructs the history of their ancestors, while delving into his passion for cultivating a garden, in search of a personal paradise," said the jury.

The work, which was presented with the same title and under the pseudonym of Daniel Vitulich, is a novel by Cristian Alarcón, a journalist and writer who leads a process of permanent mutation of the Latin American chronicle.

In an intervention from Argentina, Alarcón thanked the jury and explained that it is a Latin American family novel in which he honors his teachers and in which he talks about the deep relationship that human beings need with nature, what what does it mean "a learning adventure" and an internal prospecting exercise.

written during the pandemic, It's about the author's first work of fiction, who has assured that his book arose from loneliness and the need to look "inside instead of outside" due to confinement.

The novel "opens a door to the hope of finding refuge in the small in the face of collective tragedies", whose president, Fernando Aramburu, has highlighted the "enormous quality of the prose, concise, exact and refined, which fits very well" to the topics it deals with.

Ray Loriga, jury of the Alfaguara Prize, on The Third Paradise by Cristian Alarcón: "Writing a novel is having a goal and getting it right. Your novel achieves it admirably" #Alfaguara2022 Award #25YearsAlfaguara Award pic.twitter.com/VK2cqM2Hs7

A rather short novel "in which there are numerous topics related to the history of Argentina and especially Chile, with episodes such as the earthquake, Allende, the coup d'état and the subsequent repression. But, despite the fact that it does not avoid tragedies private and collective is a novel of hope, in which beauty is postulated", has indicated the president of the jury.

The novel begins when the 2020 confinement approaches and the protagonist feels the temptation to retire to his cabin on the outskirts of Buenos Aires to face whatever may come from there. While you wait, cultivate a garden with all kinds of plants and flowers.

His love for nature leads him to investigate the Formation of scientific thought, the birth of botany and the great adventure of European expeditions of the eighteenth century. At the same time, he recalls the history of his family, which was uprooted from its roots in Daglipulli, Chile, by the Pinochet dictatorship.

In this paradise in different degrees of conservation, the natural landscape of the Southern Cone becomes a fundamental character, and history, botany and the family story converge in the protagonist. "This novel is a bright story about everyday life of an individual but also about the collective tragedies that lie in wait for us. The small, the simple, that personal paradise that we build as a refuge is also, ultimately, what always saves us", highlights the jury.

Finally, the moment we were waiting for with so much enthusiasm has arrived, the XXV Edition of the Alfaguara Novel Award begins.

Cristian Alarcón dedicated himself since the beginning of the nineties to investigative journalism and the writing of chronicles. Among his books are 'When I die I want them to play cumbia for me' (2003) and 'If you love me, love me transa' and 'A sea of ​​Peronist castles' (2013).

In 2012, he founded the Anfibia magazine and the Cosecha Roja site. Since then he has led a process of permanent mutation of the Latin American chronicle and has experimented with the limits of non-fiction narrative in the Laboratory of Performative Journalism of Revista Anfibia.

He is also a full professor at the Faculty of Journalism and Social Communication at the University of La Plata and directs the Master's Degree in Narrative Journalism at the School of Humanities at the National University of San Martín.

He has been awarded the Samuel Chavkin Prize, the Konex-Diploma of Merit Award in the Chronicles and Testimonies category (2014) and the Profile Award for freedom of expression (2019). His books have been translated into English, French, German and Polish.

In this 25th edition, 899 manuscripts have been received, of which 408 have been sent from Spain, 131 from Argentina, 119 from Mexico, 87 from Colombia, 57 from the United States, 43 from Chile, 29 from Peru and 25 from Uruguay. The jury was made up of writers Olga Merino and Ray Loriga; the writer and bookseller of Lata Peinada, Paula Vázquez; the editor and director of the Guadalajara International Book Fair, Marisol Schulz Manaut, and Pilar Reyes (with voice but no vote), editorial director of Alfaguara.