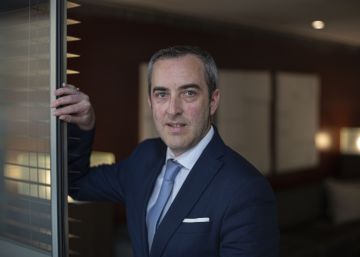 The nerves are in full bloom in the hotels of Barcelona. The phones smoke, the faces in the offices betray maximum concern: they are on the front line of the earthquake caused by the cancellation of the Mobile World Congress (MWC), the most important technology fair in the world. “We are immersed in a crisis cabinet, managing cancellations. We have run out of 90% of our reservations, ”explains Sergio Grao, director of the Zenit Borrell hotel. The situation is repeated throughout the sector, corroborates the representative of another hotel, the Century: “It is a very stressful moment, the Mobile generates more work than any other fair. We do not know how to manage these cancellations, nor do we know what we can recover. ”

The revenues contributed in Barcelona to 2,800 companies and 100,000 attendees registered in the MWC amount to 500 million euros. The employer Pimec calculates that the losses for Catalan SMEs will be 220 million euros. The public-private consortium Turisme de Barcelona reports that the MWC represents 15% of the city’s annual congress tourism. The Hotel Guild believes that about 30,000 room reservations have been lost, and that companies would only have half of their billing secured.

Hospitality, transportation, commerce, technological services and catering are the most affected sectors, according to Pimec. The victims can be large companies or freelancers such as the taxi driver Viviana Patiño, who estimates that they will bill 20% less in February than expected. “Mobile saves us the month, they are weeks of less tourism. It’s five intense days, with eleven hours of non-stop work, ”Patiño explains. Also the president of the employer of tourist apartments of Barcelona (Apartur), Enrique Alcántara, assured the municipal television Betevé that the MWC is fundamental “to save the offseason”. Apartur points out that the mobile congress represents 4% of the annual turnover of tourist apartments in the city, and that 14 million euros will cease to be entered.

The effect on hospitality is also especially serious. The Restoration Guild He advanced to Efe that the turnover in the sector will be about 40 million euros less. Pablo Romero, from the Tragaldaba restaurant, confirms that the damage is high because customers with a high purchasing power are lost: “The restaurants contact MWC agencies to offer special menus. If my normal price is 35 euros per covered, at a congress business dinner the price goes up to 80 euros. They are groups that spend a lot, especially on wine, they don’t mind leaving 200 euros in quality bottles. ” The reservation company on-line The Holder values ​​that the expense per guest in the hospitality industry of Barcelona during the MWC is 44% higher than the usual expense.

Isabel Gomilá, nightlife businesswoman, explains that for the dance halls the suspension of the MWC is a blow. “Clubs can open during the week during Mobile days, they can even reserve the room for private celebrations.” The Catalan Federation of Associations of Restoration and Musical Activities (Fecasarm) indicates that the losses in the restoration, adding those of nightlife, reach 117 million euros, and 5,000 planned temporary work contracts will not materialize.

Gomilá lists problems caused by the suspension of the event while the hairdresser Eloy Molina gives the last touches to her hair. Molina says that the effects will also be perceived in her business, the Twelve-Six hairdressing salon: “This area is very frequented by foreign visitors and the MWC always provides us with a client, especially guests of nearby hotels.”

Losses of nightlife will also be transferred to the sleazy prostitution business. “I know people who have worked as chauffeurs in Mobile. And at night it was not uncommon for them to have to take executives to brothels, ”recalls restaurateur Pablo Romero.

Ramón Valdivia is sure that the cancellation of the fair will be noticed in the billing of his company, Home Digital Systems, specialized in the distribution and sale of audiovisual and home automation equipment. “MWC attendees represent an increase in sales; they are people with high purchasing power and with technological interest ”. Another alteration for Valdivia is that in previous editions of the congress there had been opportunities for collaboration with companies that offered the distribution of last generation products presented at the MWC. Valdivia admits doubts about the reasons for canceling it: “It is true that there is panic against the coronavirus, but in the rest of Europe fairs are being held that are not suspended. Comparatively it is not understood ”.

Mari Carmen Campos, owner of the Tot Maletes travel equipment store, sees it differently than Valdivia, because although she is aware of the “great damage to the economy,” she also admits to having been calmer: “If it were celebrated and something happened, we would say why it was not canceled. The World Health Organization itself has warned that it is a top threat. It scares me, I am human. ”

The fear of the coronavirus caused yesterday the cancellation of another congress, of smaller size, in the Catalan capital: an event of the multinational of security services Fortinet, called Accelerate 2020, that had to be celebrated between days 17 and 20 in the Convention Center Barcelona International (CCIB).

The company confirmed on its website the cancellation of the meeting, which planned to bring about 3,000 delegates from around the world. “The decision was made to cancel the congress to avoid any possible spread of the coronavirus,” they explain.

Despite the recent cancellations, Barcelona will host around thirty congresses in 2020 and is working on a hundred nominations for new events in the coming years, as announced by the city’s president of Tourism, Eduard Torres.