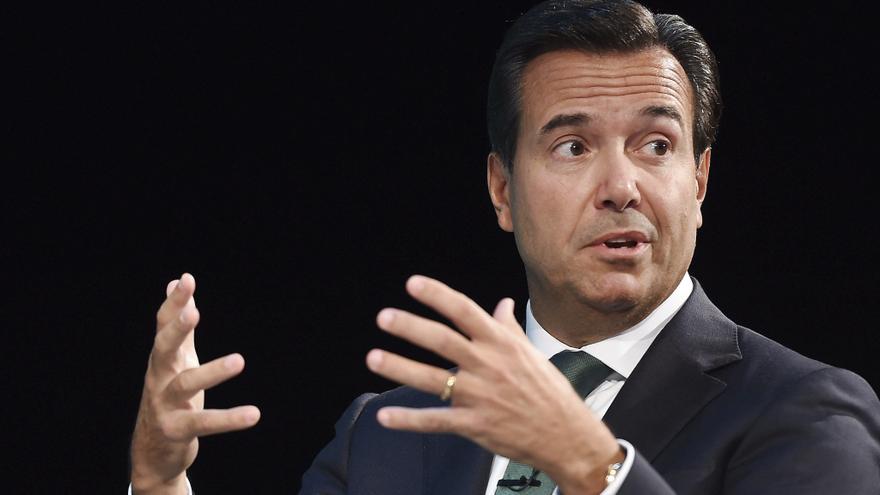 António Huerta-Osório has resigned this Monday as president of Credit Suisse, one of the largest financial institutions in Europe, after the scandal for having failed to comply on at least two occasions with the quarantine regulations in the face of the coronavirus pandemic. The executive, who had taken office eight months earlier, will be replaced by the bank's chief operating officer, Axel Lehman, the bank announced in a statement earlier in the day.

The Swiss entity had opened an investigation at the end of last year after learning that the manager had twice breached the rules that limited movements in the face of the pandemic. The first case to be known was in November, when the executive traveled to London just after declaring a 10-day quarantine in Switzerland after learning of the arrival of the omicron variant. The manager assured that it was an "unintentional error" and apologized.

Later, in the last days of the year, several international media reported that the manager had traveled to London in July 2021 to attend the Wimbledon tennis tournament. At that time, Switzerland was on the United Kingdom's amber list and passengers had to comply with a 10-day quarantine that the manager did not comply with.

"I regret that several of my personal actions have caused difficulties for the bank and have compromised my ability to represent the bank internally and externally," the manager said in a statement issued by the financial institution. "Therefore, I believe that my resignation is in the interest of the bank and its shareholders at this crucial time," he added. The bank does not refer to its violations of the quarantines against COVID-19 and limits itself to ensuring that the resignation comes "after an investigation commissioned by the board."

Huerta-Osório had been in the position of president of Credit Suisse for just eight months, coming from Lloyds Bank. He came to this position with the mandate of recovering the reputation of the Swiss entity after several scandals that had damaged its image, According to the Financial Times on Monday. Specifically, the Portuguese banker landed at Credit Suisse after the crisis caused by the archegos case, an investment fund that went bankrupt last year and dragged down several international entities, such as the Swiss bank, sowing suspicion that some lessons from the last financial crisis had not been learned. This scandal caused the recognition of 4,800 million euros of losses by the bank.

The entity has tried to disassociate the personal action of its already former president from the strategic plan that it announced in November to leave behind the reputational crisis opened in the bank. "We respect António's decision and owe him considerable thanks for his leadership in defining the new strategy, which we will continue to implement in the coming months and years," Credit Suisse said in its statement.