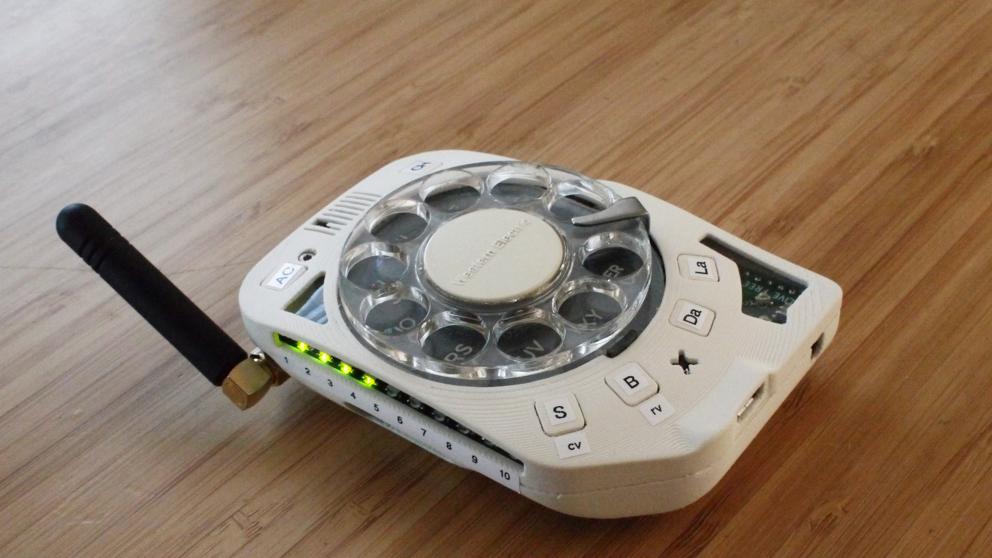 The engineer
Justine Haupt
has created an original vintage-looking mobile phone Y rotary dial, with which he intends to avoid the dependence of being watching the internet and sending messages all day.

Haupt, astronomy instrumentation developer at the Brookhaven National Laboratory, has created a mobile phone far from the touch screens we have become accustomed to. He has baptized it with the name of Rotary cellphone.


According she explains, he created this device “because in an annoying, annoying world and with hyperconnected people who use phones over which they have no control or understanding, I wanted something that was completely mine, personal and absolutely tactile, while also giving me an excuse not to send text messages. ”

In addition, I wanted to demonstrate that “it is possible to have a perfectly usable phone without a touch screen and that in some way it can be more functional,” he explains on his website.

The small device created by Haupt stands out for having a rotary dial like the phones of yesteryear. The engineer found this dial of a telephone Western Electric Trimline and made the design of the device a 3D printer.

The phone has a real removable antenna with SMA connector and, according to Haupt, “the receptions are excellent, but if I really wanted to, I could always connect a directional antenna.”

The rotary dial is mounted on a circuit designed by the engineer herself, who has also built a Adafruit Fona 3G transistor and one electronic ink screen.


Although to call you have to dial the entire number as it was done in the past, Haupt has created a unique key in which you have configured your husband’s phone number and other usual numbers. Beyond this function, the device has no menus to search

“The people I call most frequently are stored, and if I have to dial a new number or do something like adjust the volume, then I can use the rotary dial,” he explains.

The mobile also has leg indicators, a lifelong switch to turn the device on and off and a small screen that shows missed calls. This ePaper screen is bistatic, which means that no energy is needed to display a fixed message.

Haupt explains that his intention “is to use this mobile as my main phone. It fits in a pocket, is reasonably compact; I can call the people I talk to more often faster than with my previous phone, and the battery lasts almost 24 hours. ”

Technology so that waking up is not a nightmare