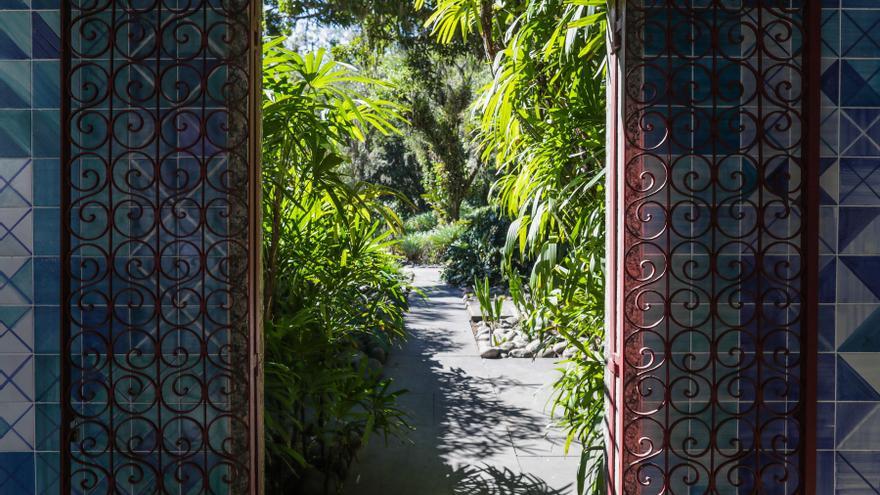 Rio de Janeiro, Jul 27 (EFE) .- The Burle Marx Site, the Brazilian botanical garden that has one of the largest collections of tropical and subtropical plants in the world, is said to be ready to address the curiosity that it will generate globally after being recognized this Tuesday as a new Unesco World Heritage Site.

The 23rd World Heritage Site of Brazil is a country house on the outskirts of Rio de Janeiro, with an area of ​​405,325 square meters, which the renowned Brazilian landscaper Roberto Burle Marx (1909-1994) bought in 1949 and turned into his garden private botanist and in a “laboratory” of experiences in landscaping that served as the cradle of the modern tropical garden.

The farm has 3,500 species of plants, some threatened with extinction or that have already disappeared in their countries of origin, and many rare or exotic, but its greatest wealth is the gardens created by the landscaper and in which he experienced variations in colors, confections. and textures with the different plants that he collected on his trips to Africa, Asia and Latin America.

The Site was declared today as a new World Heritage property, in the category of Cultural Landscape, by the UNESCO World Heritage Committee, meeting since last week in the Chinese city of Fuzhou.

Because it is little known in Brazil and because of the restrictions involved in opening the doors of a garden that watches over the preservation of living species, the new World Heritage only receives about 140 visitors per day, but, given its new condition, prepared so that many more people can know it.

“What we anticipate with the Unesco recognition is that there will be an increase in the public, an increase in demand, and we are already working with that. Some time ago we made an effort to allow an increase in visits and receive more visitors,” he said. In an interview with EFE the director of the Burle Marx Site, Claudia Storino.

According to the director, the big problem is that the heritage of the Site is its living heritage (the botanical collection), which has to be kept in good condition and without risks.

The architect, designer and preservation specialist who has directed the Site since 2012 explained that the demand had already been increasing since, in 2018, its candidacy for World Heritage was nominated, and that since then the institution has undergone a profound process of requalification and various works.

“We had to expand the attention and the quality of the attention, already also thinking about the candidacy for World Heritage. And our expectation is that the public will increase and we will have a lot of work to better serve that public,” he said.

“But we are working to offer virtual access. We are working on the construction of a good quality virtual visit and on resources such as audio guides and other resources that help the visitor, improve the experience of the visit and allow increasing the number of people” added.

Burle Marx lived there between 1973 and 1994, and for 45 years he collected plants from around the world, some at risk of extinction. In 1985 he donated it to the Brazilian Government to preserve that wealth and create a center for the dissemination of knowledge on landscaping.

Plants with landscaping potential stand out in the garden, especially bromeliads, heliconia, arecaceae, orchids, palms, cycads and velloziaceae, and the 34 species linked to Burle Marx, including two that he discovered and 16 named after him.

The Site also has five water mirrors and seven shady greenhouses and, in the original Burle Marx house, it houses a collection of 3,000 museum pieces, including works of art, sculptures, books, architectural plans and antiques.

Despite its natural wealth and having unique and threatened species, the Institute of National Historical and Artistic Heritage (Ipham) of Brazil preferred to nominate it as a candidate for cultural and non-natural or mixed good because of its importance for world landscaping, since the movement born in this house put an end to centuries of European hegemony.

The house, declared a Brazilian Cultural Heritage in 1985, preserves the experiments that Burle Marx did before designing the nearly 3,000 public and private gardens that he left as a legacy around the world, in addition to his rich artistic production, which includes engravings, serigraphs, drawings, sculptures, tapestries, ceramic panels, jewelry and even theater sets.