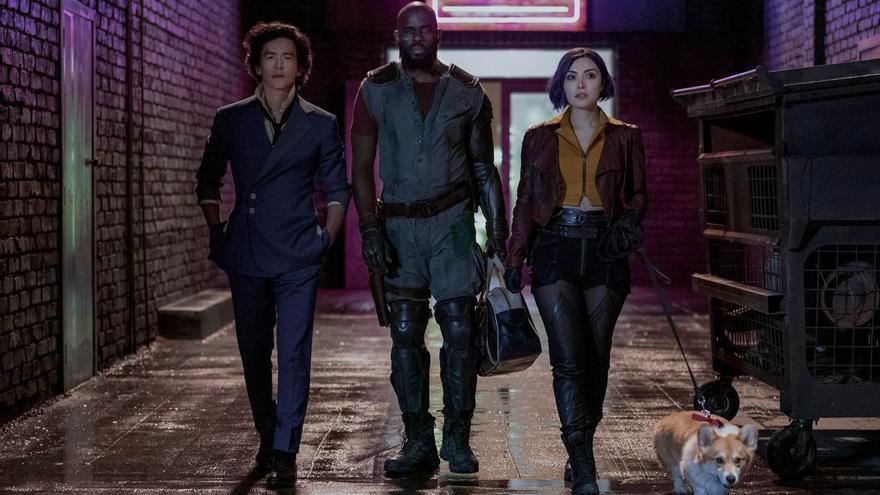 If something we associate with anime, or animation Japanese, it is the freedom of movement, its lack of fuss when it comes to proposing premises, breaking rules and building worlds. One of its most canonical examples: the series from the late 90s ‘Cowboy Bebop’, mind-blowing mix of genres (Science fiction, western, neo-noir) with a 1940s-style jazz soundtrack. Its director, Shin’ichirō Watanabe, took up the chair and created a love of anime with this bubbly but melancholic fusion of the East with the West.

Can something like this be successfully translated into the real image? Power, you can: anime adaptations in the flesh are not rarities, but multitudes, although they rarely enthuse fans or neophytes. Because it should be, perhaps it should not be: it is complicated, if not impossible, to transfer the aforementioned freedom of movement to an audiovisual piece with a convincing real image.

Netflix He already tried (and failed) four years ago with his film based on ‘Death note’, a major betrayal of the original manga and anime, starting with a much less awkward main character. Now try your luck with ‘Cowboy Bebop’ (Friday, day 19), ambitious series with André Nemec (JJ Abrams collaborator on ‘Alias’) as ‘showrunner’ and the talented Christopher L. Yost (who wrote the great chapter ‘The Prisoner’ of ‘The Mandalorian’) among its screenwriters.

In an intelligent way but, perhaps, somewhat incautious, the platform wanted to prepare us for the series by incorporating the original into its catalog a little less than a month ago. There has been time to get acquainted with bounty hunter ‘cowboy’ Spike Spiegel and his companions aboard the Bebop ship: cyber-armed ex-cop Jet Black, resourceful fugitive Faye Valentine, ‘data dog’ Ein and young hacker Ed. Time to enjoy your missions in search of criminals throughout space, of impossible adventures and comic impulses combined with a resounding melancholy: behind his haughty facade, Spike hides a broken heart.

At the recent ‘TUDUM’ event, the opening credits invited hope: the Imaginary Forces company has created an effective replica of the originals. Of course, this includes the use of the mythical theme ‘Tank!’ By Yōko Kanno, which has been repeated for the series with his band The Seatbelts. The first episode is quite loyal to the original: it recovers the plot of those Bonnie and Clyde drug smugglers bloody eye and is a display of Mannerist stylization that traces classic images. John cho, Mustafa sakir and Daniella Pineda They seemed to give the hit as, respectively, Spike, Jet, and Faye.

One of the freedoms allowed is to introduce Faye already in this first episode, instead of the third, as if wanting to balance the prevailing masculinity. In later chapters, Despite the introduction of recognizable situations and characters, the series takes even further distances from its referent, It is not clear if because of the difficulty of transferring an ‘anime’ to a real image or because of the desire to make a standard product. The 24 minutes of the chapter are now 42 and, with it, rhythm and fury are lost. The romantic fatalism is still there (in fact, the missing Julia is given more prominence), but Wins the comic give and take among the Bebop crew, especially some Spike and Jet turned into clear space relays of the Riggs and Murtaugh from ‘Lethal Weapon’.

This will not, however, be Netflix’s last attempt at making a flesh-and-blood anime. A week ago the cast of the future series was announced ‘One Piece’: the Mexican Iñaki Godoy (Bruno in ‘Who Killed Sara?’) will have the difficult mission of making us forget the pirate Monkey D. Luffy from almost a thousand episodes and ten and a half animated films.