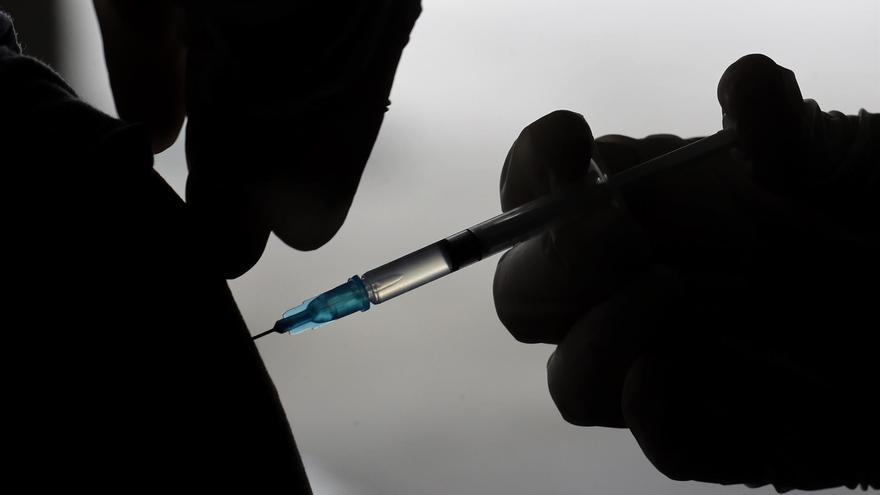 A newborn duck comes out of the egg and comes to the conclusion that what is in front of it is its mother, even if it is a human being. This "imprint" (in English, imprinting) is one of the best-known examples of animal learning. The immune system is not a duckling, but the comparison makes more sense than it seems: the imprinting Immune-mediated occurs when we continue to respond to the original strain of flu we were first exposed to in childhood…even when faced with a new one. East memory which can confuse to our defenses is well known to those who study the flu.

But what about COVID-19? If we use three or more doses of the same vaccine against the coronavirus of 2019, is it possible that our immune system will become a duckling with difficulties to recognize the variants of the future?

"It is the least of our problems with COVID-19," he assures elDiario.es is the father of one of the rubella vaccines and author of the reference book Vaccines, Stanley Plotkin, which clarifies that pediatric vaccinations will clarify the issue. University of Arizona researcher Deepta Bhattacharya thinks similarly: "I don't think it's going to be a problem based on everything we've seen so far."

Not all researchers who have studied this phenomenon in the past agree. University of Arizona scientist Michael Worobey expressed his concerns in early 2021 in an article published in Stat. "It's something we need to think about. We may see lower efficiencies in five years if people are still locked into remembering the response to the first antigen." [del SARS-CoV-2] what they saw."

Bhattacharya breaks down the concept with a more precise and less peaceful metaphor than that of the duckling. "The immune response is a competition," he says. In it, the B lymphocytes that produce the antibodies they fight by accessing the enemy, whether real (a virus) or perceived (the vaccine).

"When there is very little [enemigo]only the best B cells compete well enough to access it," he explains. This means that the "best" cells tend to be those that are formed by a previous infection or vaccine and "recognize the parts of the virus that they don't they've changed".

Worobey explains to this newspaper that it is a mistaken idea to think that the imprinting antigenic "is always a bad thing". In reality, it's just "preferential memory of previous immune responses," which "can sometimes be a good thing." In the case of influenza A, "it can protect you from dying from a highly pathogenic strain of avian origin if it is anything like the first infection you had as a child."

This is not a hypothetical situation: the 2009 H1N1 flu pandemic unsuccessfully smashed into the immune systems of older people, protected by responses generated against more similar strains that had circulated before 1957. However, it had a greater impact in people in their 30s and 40s, whose immune systems hadn't seen anything like it before.

Plotkin goes further and believes that it is also a mistake to think that this phenomenon always takes place. Bhattacharya clarifies that the data on imprinting come mostly from "epidemiological studies with influenza", but that it is a phenomenon that adds more than subtracts: "It shows that initial exposure improves protection against similar strains, not that it prevents responses against others that are different".

Teresa Aydillo, a researcher at the Icahn School of Medicine at Mount Sinai, has also studied the imprinting in the context of SARS-CoV-2 infection. In a study published in Nature Communications last year, showed that pre-existing immunity due to seasonal coronaviruses that cause colds caused an immunological imprinting effect.

"It is still unresolved whether this can affect the course of the infection, but we believe it could be negative," he says. However, she clarifies that at the moment there is not enough data to support that imprinting can have a negative effect after successive vaccination against COVID-19. "The third dose contains the spike of the Wuhan variant, and that would only strengthen the response," Aydillo reassures. Plotkin agrees with the latter.

"The concept of imprinting it is more complex and is based on the fact that there are subtle differences: it proposes that the immune system will preferentially use the immunological memory based on an infection by an ancestral pathogen when it encounters a second, slightly different version," explains Aydillo. That, he adds, "It's different from what's being done now with booster doses."

In fact, it's not even clear that vaccines cause imprinting in the same way as the initial infection., although knowing it would help design better vaccines. "Our own work with vaccinated infections gives me increasing confidence that [la impronta] It won't be a problem," says Bhattacharya. "We haven't found any immunological detriment in the booster doses that we've been able to measure."

Let there be imprinting It doesn't mean that if the virus changes we won't be able to deal with it. "If there is little virus or vaccine, these pre-existing memory cells dominate the response and in theory can limit the formation of new antibodies against the mutated parts of the pathogen," says Bhattacharya. "But if there are many, then there is plenty for everyone and there is no competition" that could cause negative effects.

That's why in most human studies there is, he says, "very little direct immunological evidence" of negative imprinting.

The experts consulted for this article think that the imprinting it is misunderstood and has a bad reputation. They blame this on the other name by which this phenomenon is known.

The concept was first described by Thomas Francis Jr. in 1960 with a striking name: "Antigenic original sin". However, this phenomenon is an adaptation fruit of evolutionary development which can be beneficial. Francis had this clear when he established the metaphor for him: "antigenic original sin" implies the existence of, in his words, an "initial blessing."

"He's not really much of a sinner," Bhattacharya jokes of antigenic original sin, wishing he had never been called that. "It's too cheesy and suggests that the phenomenon is necessarily bad, when most of the time B cells remembering unaltered parts of the virus is actually helpful."

To all this we must add, as always, that the antibodies they are not the only tool that the immune system has when dealing with pathogens.

None of this means that COVID-19 vaccines should not be modified or that it is appropriate to continue using doses designed against a 2019 virus.. Plotkin advocates updating vaccines against new variants as a way to avoid any possibility of imprinting being a problem in the future.

Bhattacharya also believes that further boosting with "mismatched vaccines" will give "diminishing returns". He says that an update against omicron, even if it comes later than expected, "should cover many of the next moves of the virus."

In January 2020 Worobey and Plotkin cosigned an article in which they defended that the antigenic original sin could become a blessing if it was used to vaccinate the little ones against various strains of influenza. Could that be the future of pediatric COVID-19 vaccinations? The EMA has already indicated its interest in manufacturing bivalent or multivalent vaccines against several variants of SARS-CoV-2, but these could be further than we would like.