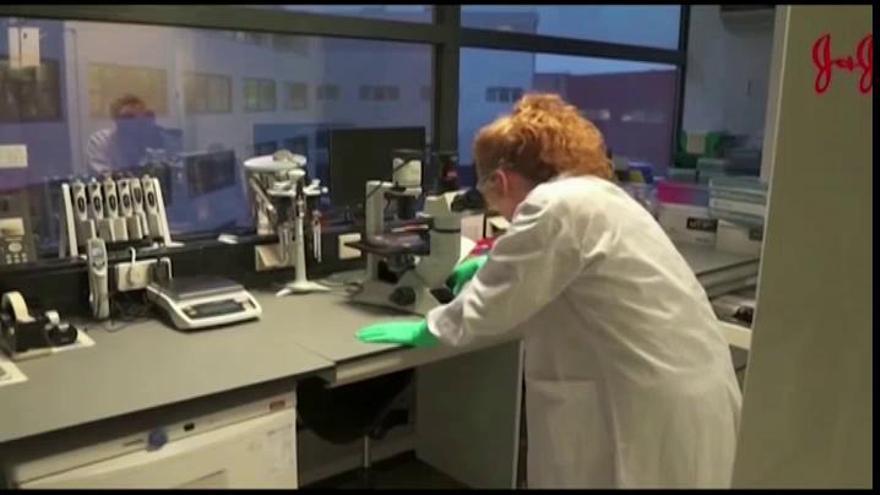 Although it has a fifth of incidence than the Spanish average in covid-19, the Canary Islands navigate their own and peculiar third wave of the pandemic with very unequal and variable figures between the islands, which seem to take over from each other with geography as a relevant factor.

Despite having an incident to 14 days of 173 cases, the best of a Spain that averages 815, the beginning of 2021 is being in the Canary Islands the most lethal period and with the most contagion of the pandemic, with 107 deaths and 8,972 infections.

The occupation of ICU beds by covid patients has also risen in January, with an upward trend, and stands at 21%, lower than 26% in the first wave, but higher than the second, when it reached 16%.

Focusing the second wave in the months of August, September and October and the third in those of November, December and January, it is confirmed that the situation has worsened in the islands: 14,832 infections and 126 deaths in the second has passed to 18,238 infected and 240 deaths in the third.

Tenerife (918,000 inhabitants) was by far the most affected island in November, at the beginning of the second state of alarm, which led the Government of the Canary Islands to adopt restrictive measures.

This made it possible to save Christmas on the island from an epidemiological point of view, during festivals in which Gran Canaria, Lanzarote and Fuerteventura were left out of the most severe measures.

Tenerife had started to accelerate the infections already since the summer, but gradually: from 15 cases to 14 days in mid-August to 100 in early November; in the middle of that month the incidence soared and on December 23 it reached 248 cases, while its neighbor Gran Canaria was around 62.

At the beginning of December, the Canarian Government had approved more restrictive measures for Tenerife without being able to stop the rise of the curve, so on December 19, just before the holidays, the measures were hardened: curfew at 10 p.m., meetings of up to four people, only terraces in the hotel industry and insular confinement.

The effect was immediate, and from the very day of Christmas the curve fell from around 240 cases to the current 75. What did not follow were the deaths: Tenerife registered 60% of the deaths on the islands in January.

Gran Canaria (851,000 inhabitants) has taken an opposite direction. On that island, the second wave was almost a tsunami, because in just over fifteen days it went from 18 cases of incidence to 14 days in mid-August to 328 in early September, although it also fell at high speed and in November it was in the 35 cases.

Unlike in Tenerife, during Christmas the incidence in Gran Canaria remained contained, but after Reyes it exceeded 100 cases and rose to 230 at the beginning of February, pending the effects of the sanitary restrictions of the red traffic light .

The incidence in Lanzarote (152,000 inhabitants) had always been closely linked to Gran Canaria, with practically overlapping incidence curves both in the second wave and in an autumn and with a relatively calm Christmas.

Lanzarote ended the year with a 14-day incidence of 69 cases, but in January it took off like a rocket and on the 25th it reached 800, an unusual number in the archipelago.

The acceleration of Lanzarote In January it was so spectacular that the Government of the Canary Islands had to issue a new alert level on the 21st, on the 4th, as well as a new color for the traffic light, brown: meetings limited to two people, sport only alone and closing of shops at 6:00 p.m.

Lanzarote has lowered its records and seems to have rounded the curve, which is now at 648. But the cost in deaths is high: there were thirteen deaths in January, when the total of all the previous months had been nine

No island has suffered the high incidence of Lanzarote, only El Hierro it is approaching from afar and now stands at 437 cases per 100,000 inhabitants in 14 days, although its small population of less than 11,000 people introduces great variability in an indicator like this as soon as there is an outbreak.

Two other islands with a similar population, Fuerteventura with 117,000 inhabitants and La Palm with 83,000, they have followed very different paths.

The first of them, like Gran Canaria and Lanzarote, registered a great acceleration of the third wave in January and went from 45 cases on December 31 to 213 on January 19, from where it has dropped to 99.

In the case of La Palma, compared to the other islands, the waves seem like a slight swell: a maximum of 46 cases of incidence in the second wave and 63 in the third at the beginning of January, from where it has receded to 18.

La Gomera, the island where the first case of covid-19 in Spain was registered a year ago, now has an unbeatable situation: there are no affected people among its 21,500 inhabitants and its incidence at 14 days is zero, when on Christmas Day the indicator was at 288.