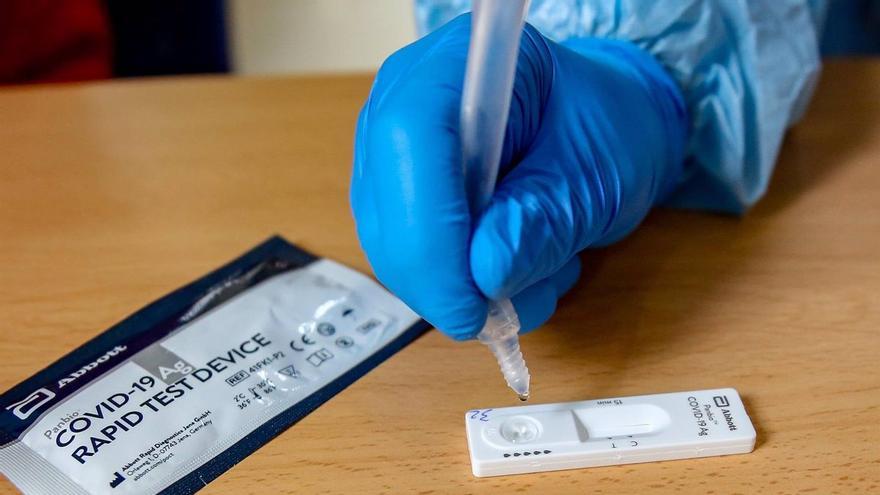 Tuesday July 20 is scheduled the approval of the Council of Ministers to the rapid self-diagnostic tests of COVID-19 without the need for a prescription medical. The project was announced last April and will be regulated by a decree that has been in preparation for these months.

Pharmacists They had insistently requested this measure and, while the regulations have been processed, the pharmacy offices have been collecting evidence, ready to be sold as soon as the permit becomes a reality. Once this is the case, anyone who suspects they have been infected can go into a pharmacy, buy the test and take it themselves.

Pharmacy professionals have claimed to be involved in advising the population when they go to their establishments, as well as in the recording and communication of the results.

Self-diagnostic tests are basically antigen tests. They are intended to be used within seven days of the suspected infection. There will be a range of products to buy in pharmacies and allow, for example, to take a superficial sample of the nostrils, without the need to go deep with the swab, as in the case of PCR tests. Hence, it is allowed to be realized by oneself. There are also versions that use saliva. Another aspect that characterizes them is the short waiting time to know the results: in about 15 minutes a verdict is obtained.

Antigen tests, which look for the presence of the virus protein to establish that there is an active infection, raised controversy months ago for not being highly efficient in infected but asymptomatic people. Manufacturers now assure that its sensitivity and specificity (locating and identifying this particular pathogen) already exceeds 90%.

The most important novelty is that, when the decree is approved, anyone will be able to enter a pharmacy and buy a self-diagnostic test. It is comparable to current fertility or pregnancy tests. You will also be allowed to advertise these products. The Minister of Health, Carolina Darias, has assured that this requirement “constituted a barrier” to increase the diagnostic capacity and to identify suspected cases more quickly.

The cost of the test will depend on the provider. There will be competition. The distribution company in the Rypo sector estimates that the price will range between 3 and 7 euros and that sales will triple once they can be purchased directly without a prescription. These products will be exempt from VAT. Minister Darias has clarified that there will be no public funding, while speaking that it would be an “affordable” cost for citizens.

The Ministry of Health has reported that it has reached an agreement with the autonomous communities so that, in the event that someone tests positive for SARS-CoV-2 in one of these self-diagnostic tests, they undergo a PCR test in the public network of health to confirm this positive. Until then it will be considered a “possible case”.

The Spanish Medicines Agency explains that this test can play a “complement” role. Also remember that, in order to make the test work well, one must “carefully follow the instructions for use” while stressing the importance of “taking a sample: a poor quality sample can give a wrong test”. For this reason, it is recommended to perform the test as soon as you take that sample. If the sample causes two lines on the reagent, suspect a positive. And he adds: “Start the isolation and get in touch with the health services in your community.”

It remains to be specified in the regulations how the results will be integrated into the epidemiological surveillance services in charge of managing the pandemic: positive count, communication with close contacts, tracking of possible infections … etc.