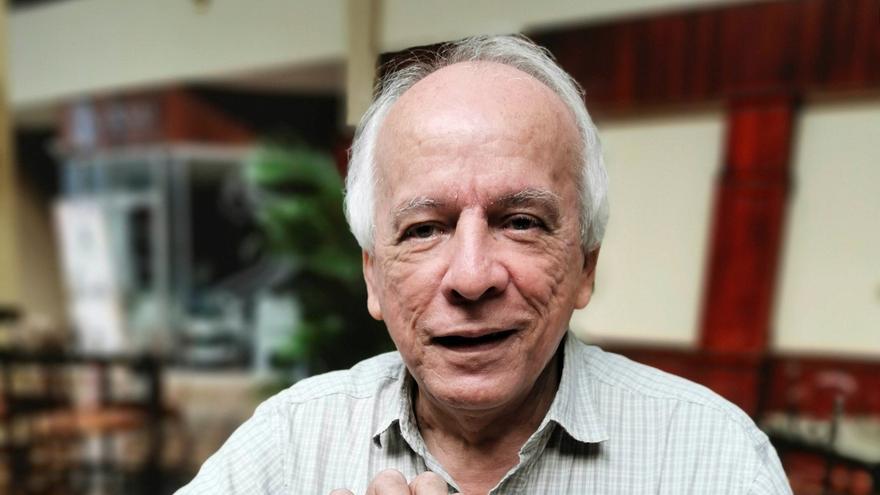 San Pedro Sula (Honduras), Dec 21 (EFE) .- The physical book movement in Honduras is paralyzed, but it is expected to recover in 2021, with the bicentennial of the independence of the Spanish Crown, when there will be many cultural activities Honduran writer Julio Escoto said in an interview with Efe on Monday.

"There are virtual books, presentations, cultural conferences, but the book itself, in the hands of the people, is completely stopped, paralyzed, which means a very strong economic deterioration for the authors", said Escoto (1944), one of the most recognized Central American writers.

He added that even when book sales are low in Honduras, a writer always sells some copies and receives criticism, which represents a stimulus, but "this year that has completely disappeared due to covid-19 and storms Eta and Iota." .

"We have great faith that 2021, for the bicentennial of independence, will be one of many cultural activities and may be more beneficial," underlined the author of "The Ballad of the Wounded Bird", published in 1969 by the National Autonomous University of Honduras ( An H).

Honduras is among the Latin American countries where people are read the least, therefore, the book industry subsists more due to the efforts of the few publishers, bookstores and their authors.

Escoto attributes the low reading to "cultural factors, of people who do not read, who are functionally illiterate, who learned to read and write, but did not read the newspaper again, if at all, with good luck."

In Honduras there is no encouragement to reading as in neighboring countries such as Costa Rica and Mexico, where there are university publishers, said the intellectual.

In these and other countries, "the State constantly encourages readers and, when a book comes out, the Government acquires a number of copies for schools, their archives, their libraries. We don't have that here at all, in any artistic field Be it sculpture, painting and not to mention the publishing sector, "he emphasized.

Escoto, with more than half a century writing, recalled that in Mexico, for example, one of the laws states that in every new building that is built, rebuilt or remodeled, it must necessarily carry an artistic work, which can be in the painting, sculpture or reading.

This promotion of reading is also seen in large cities such as Rio de Janeiro and Buenos Aires, among others, he said.

To worsen the situation of the book sector, Honduras is going through an economic crisis ", which was already difficult before the covid-19 pandemic began to spread in March, to which the tropical storms Eta and Eta were added in November. Iota.

According to the Economic Commission for Latin America and the Caribbean (Cepal), Iota and Eta left losses of 1,879 million dollars.

With so much damage that the country has suffered in 2020, "art and culture in general are in the doldrums, so we have to see what to do to lift it," said Escoto, whose latest work he has published is "Downtown Paradise" (2019).

NEW EDITION OF "THE BALLAD OF THE WOUNDED BIRD"

Escoto, a "cultural provocateur", has become a bit nostalgic these days, because he is presenting, virtually, for the covid-19, a new edition of "The Ballad of the Wounded Bird", and other stories, in an effort with Editorial Guaymuras, half a century after it came to light.

In this work, of which critics have valued its great contribution to the Honduran narrative, Escoto provokes readers starting with the name, about which many ask him why it was not "The Ballad of the Wounded Bird."

The writer tries to "do something innovative, different", with stories that are based on the national reality in some way, at least in the environment, the personality and the Honduran territory, that try and manage to present these themes in some way, such as " Innovators ", 50 years ago.

"Innovators is a word that I am using a lot, but that is how the book of that moment, in 1969, is described. There are stories that deal with religious themes, jokingly; sarcasm, even prostitution, Honduran violence, and I think that that it is also the reason that the book has motivated the readers, who were seeing themselves, "said Escoto.

It is, then, "a book of perspectives in a different time and perhaps with some freshness that the Honduran story had lost at that time," he added.

"DOWNTOWN PARAÍSO" CONTINUATION OF ANOTHER NOVEL

From "Downtown Paradise", Escoto indicated that "he is living adventures" and recalled that it is like a continuation of "King of the dawn dawn" (1993).

The novel is about a professor from Cornell University, who arrives in Honduras and begins to live very particular and unexpected adventures, including encounters with the guerrillas, even persecuting the US Embassy itself.

The American professor wants to discover the truth of what this country is, the complexity of its history, its politics, the reasons for its economic backwardness and why underdevelopment exists.

In the novel, this provokes the historian with dangerous situations that continue in "Downtown Paradise", with the same character, who returns to Honduras ten years later.

When he returns, he finds himself in a different situation, because it is a country of drug traffickers and drug users, still very poor, even though it should be a better developed nation because it has resources.

"Downtown Paradise is a novel where he tried to work with modern techniques and a totally contemporary perspective on themes and the way of writing it", explained the author of "The Tree of Handkerchiefs" (1972) and "The Genesis of Santa Cariba" (2007 ).

The "forced idleness" by covid-19 has made Escoto take up another project, a novel that began in 2011.

And although 70 years is a long time and perhaps too late to start a relationship, in the novel it is not.

"It occurred to me to place their meeting in the days of the coup (June 28, 2009, then President Manuel Zelaya) and I have an abundance of information scenarios, data, environmental situations that are emerging in writing of the novel, which I think will be attractive to readers, to whom I hope to deliver the book in June 2021, "he added.